A group of bicyclists in Portugal came across an abandoned dog tied to a tree and saved her life.

The video, shared on Facebook by the Spanish animal welfare group, Asociación Animalista Libera (Free Animal Association), went viral after they posted it.

“It takes a very bad person to leave a defenseless animal like that, with a rope that would not allow [her] to lie down.” 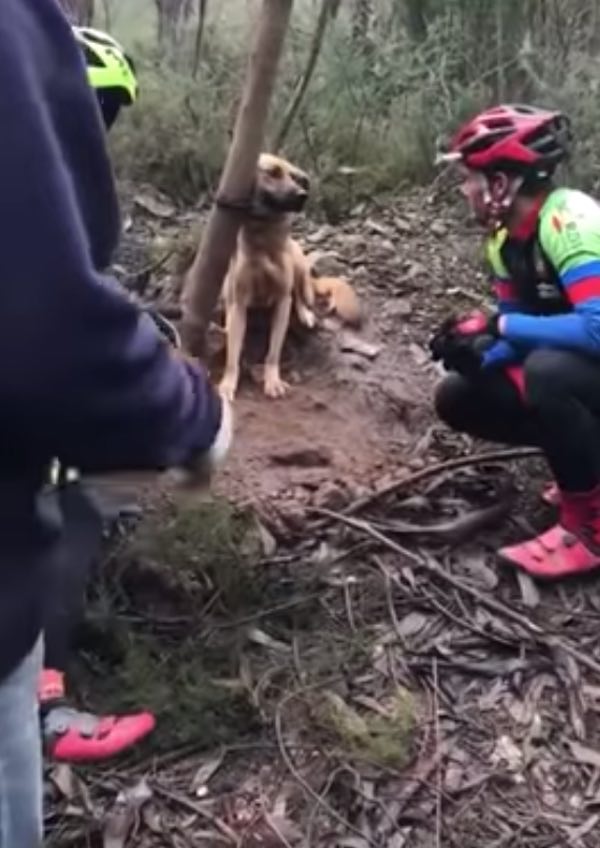 The dog was wound so tightly around the tree she couldn’t move her neck.

The dog was scared when they approached, so they tried to win her trust by offering her some food. 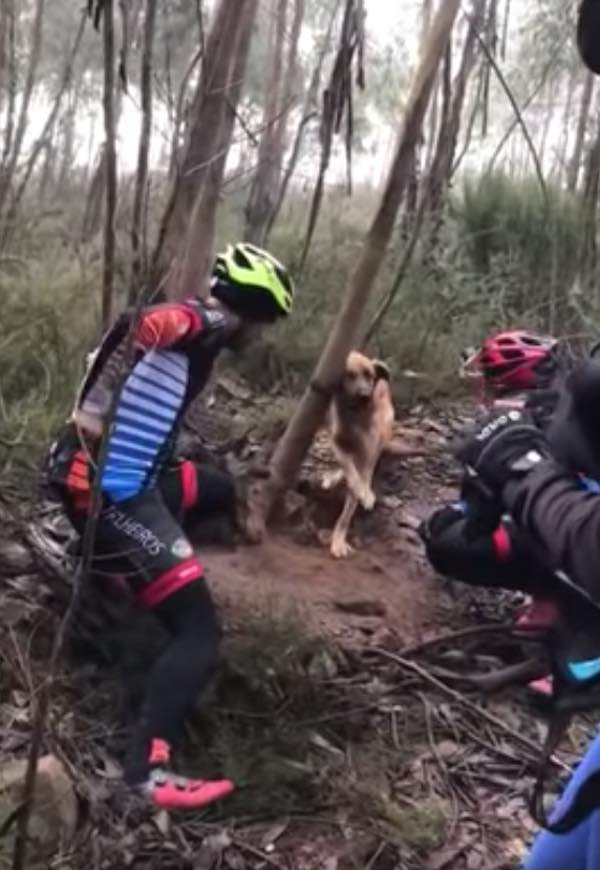 From the dog’s thin frame and expose ribs it appears she had not eaten for some time. 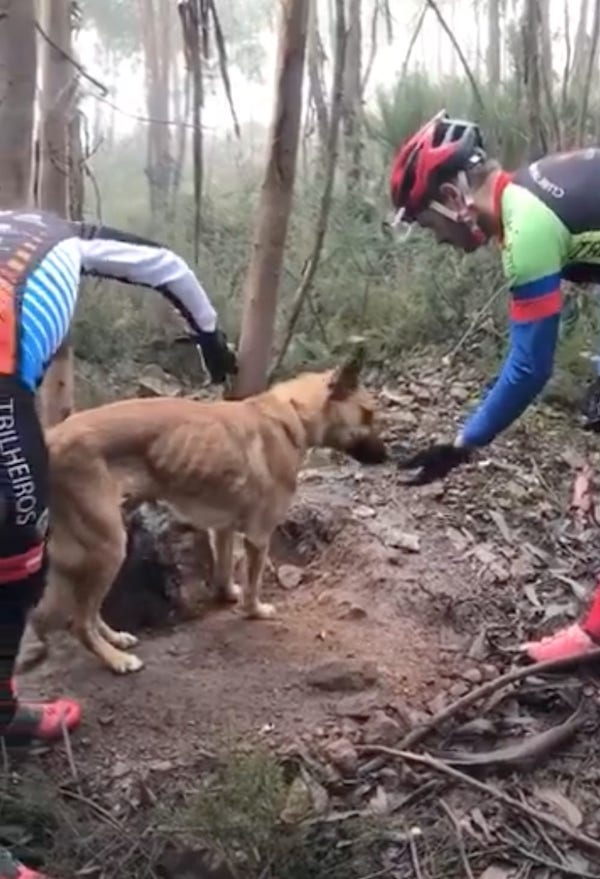 The men are cautious as no one wanted to be bitten. They continue to offer the dog food, which she wolfs down and as she eats one man cuts the rope from around the dog’s neck to free her.

Asociación Animalista Libera spoke for everyone when they added:

“{[S]he was very lucky that a group of cyclists found him and decided to rescue him. A thousand thanks!”

Although it’s unclear what happened to the rescued dog, Uriel Salem Fernandez commented on the video revealed the following [translated]:

“Hello everyone, through an extensive research I managed to get in touch with one of the cyclists and a Portuguese animal rescue, and learned that the dog is with the volunteer firefighters of Valongo. She will stay with them for the time being, but there are many people interested in adopting her in case they cannot keep her, so good news!”

That is wonderful news! We’re so glad the dog not only was freed, but has a bright future ahead of her