During these times, we need as much support and positivity as we can get, so communities all over the world are trying to lift each other’s spirits with small good deeds. You have probably seen little outdoor libraries for sharing and exchanging books with your neighbors. One Canadian family took this idea to another level, not forgetting about an important member of the community—a dog.

Some families might have had difficulties finding new entertaining activities to spend some quality time doing together, but not this father and son duo. David Carter and his 10-year-old son Jeremiah decided to give back to their 2-year-old Goldendoodle named Nala and other dogs and their owners in Saskatoon, Canada, by building an open “Stick Library” in local dog parks.

A dad and his 10-year-old son created a “Stick Library” for the dogs in their neighborhood of Saskatoon, Canada 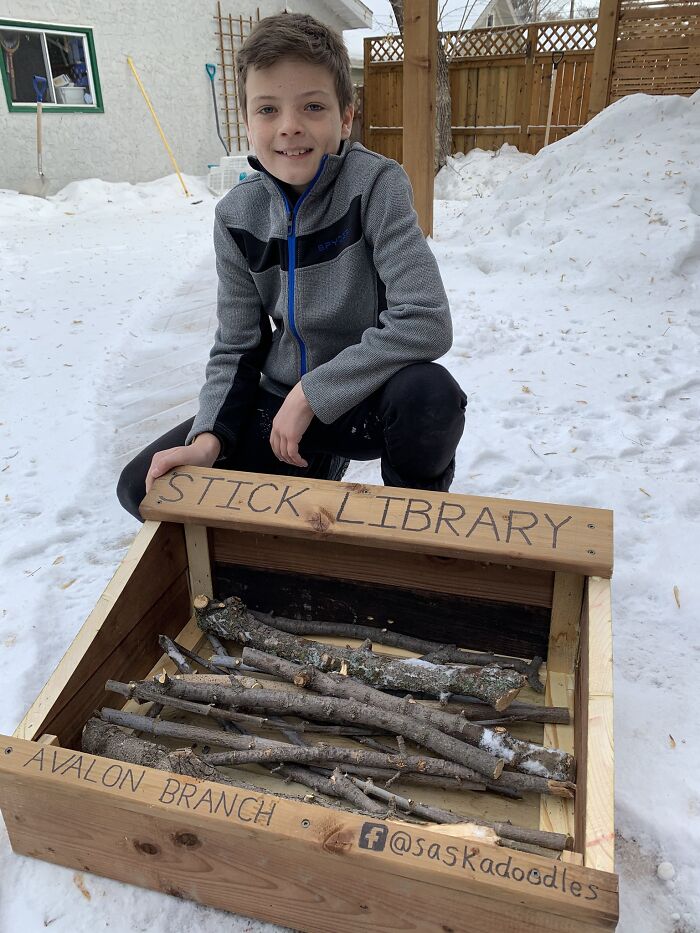 After seeing the idea realized by Andrew Taylor from New Zealand on social media, Carter decided that his own version of the project would be a perfect quarantine activity that would keep them busy and entertained. Lots of thinking and discussing the design and dogs’ needs went into making their idea come to life. And in the process, Jeremiah learned how to build and use power tools with the ultimate reward—seeing dogs happy. 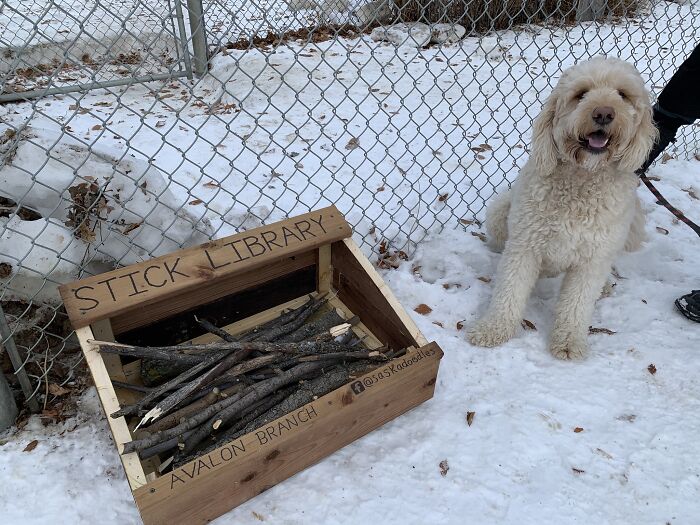 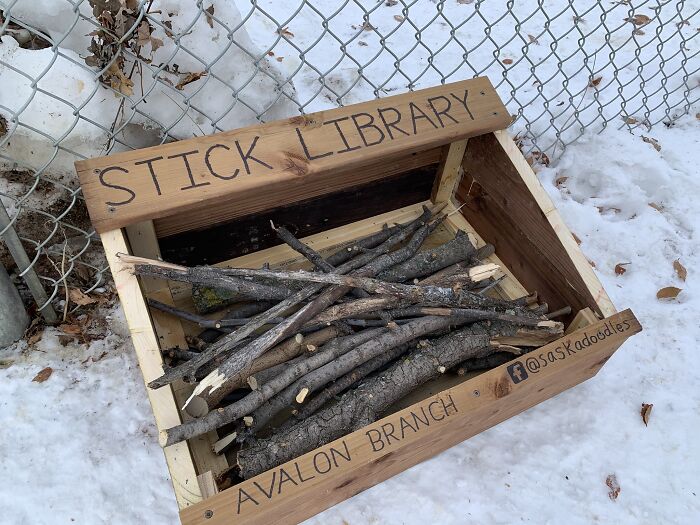 “No late fees. New sticks arriving every week”—the best part about the stick library is no return policies, just fun! 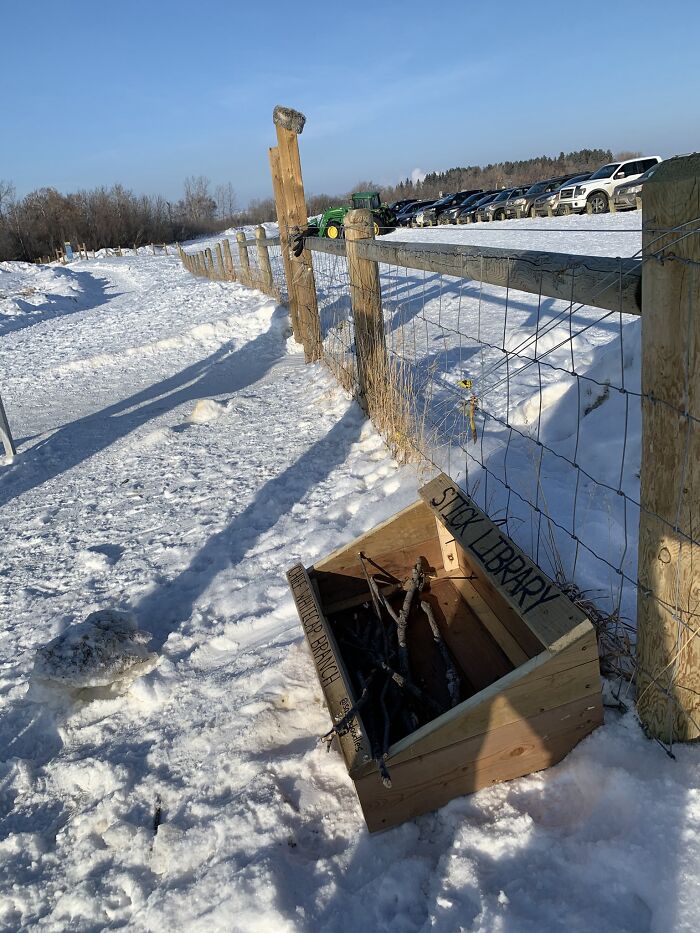 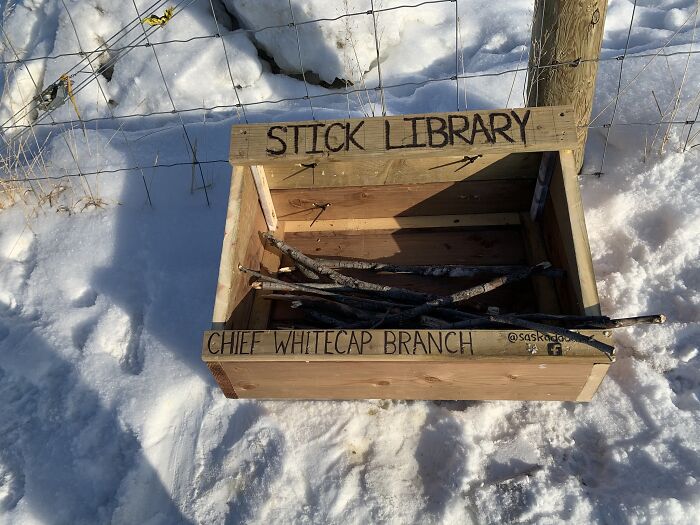 It might be just a box with sticks, but it has already brought so much joy for dog parents in the area and warms hearts on the internet, where this inspiring story went viral. There are already two branches open in Saskatoon, but the father and son have big plans for the future and want to build a more advanced library for their next branch that will also include a stand for lost and found items and a section for balls.

The family’s dog of two years, Nala the Goldendoodle, has been the first client to ensure that services are top-notch 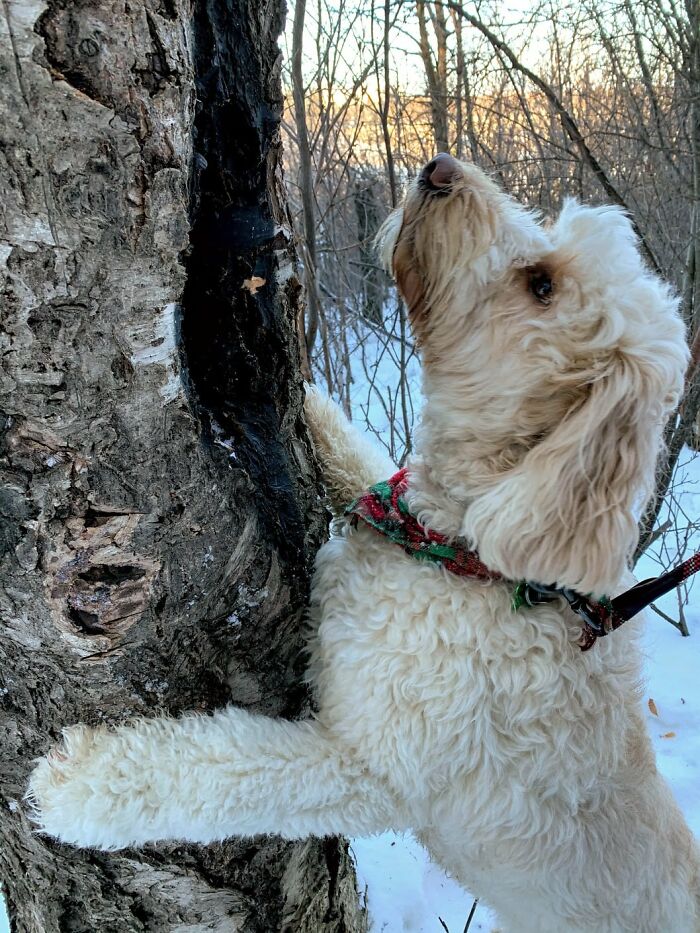 Stick libraries have gained a lot of attention from dogs and their owners, as well as on the internet 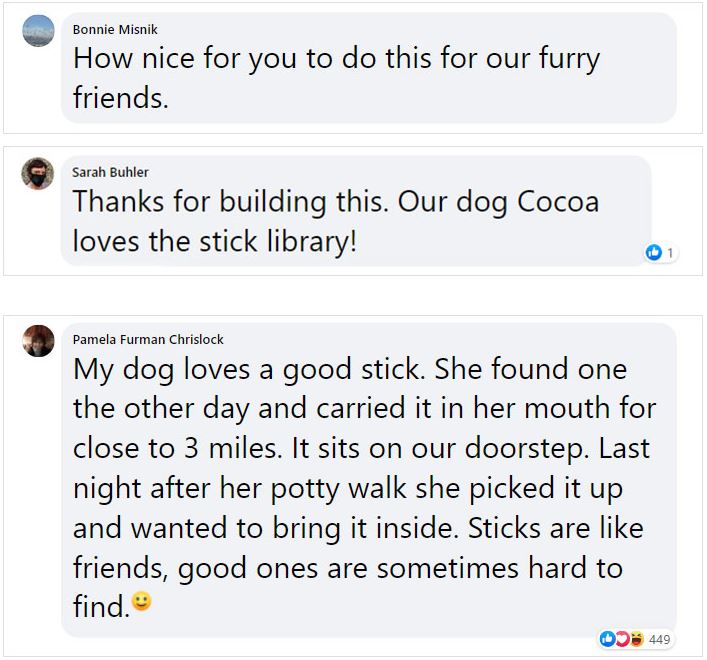 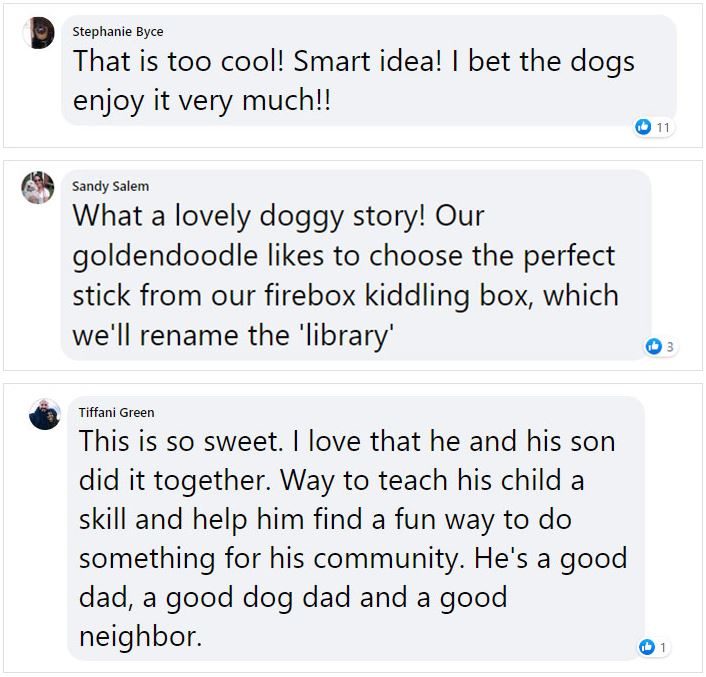 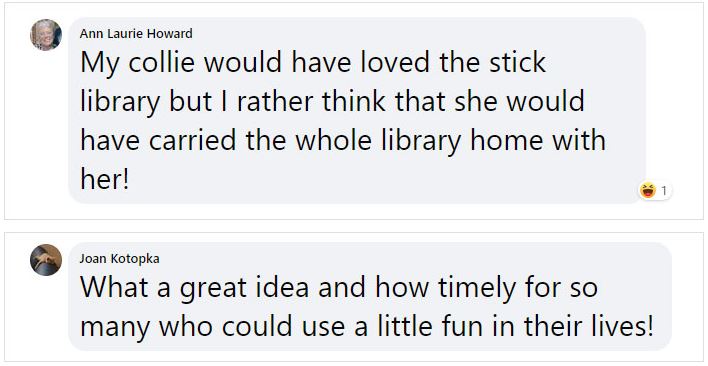