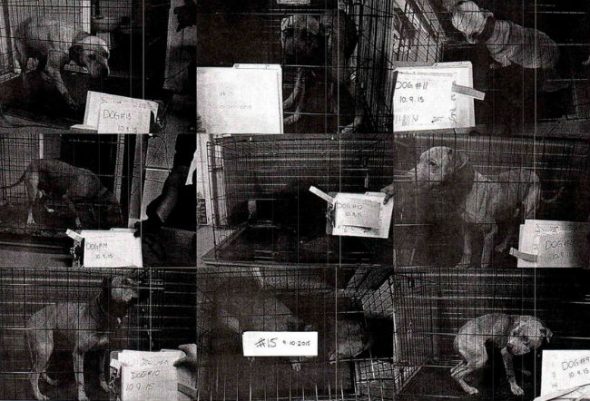 Years ago, police in Ontario rescued 31 sickly dogs from a suspected fighting operation. They were pit bulls, a “breed” long since banned in this Canadian province, but they were also evidence in a court case, so they were remanded to an undisclosed shelter while a court determined what would happen.

As often goes in the realm of the legal, they waited a long time.

The Ontario Society for the Prevention of Cruelty to Animals (SPCA) pressed for all of them to be put down, arguing that as they had only known violence, they were a lost cause.

Dog Tales Rescue and Sanctuary, however, asked for the dogs to be released into their care, where they could be rehabilitated and eventually find their way to real families.

Along the way, one of the dogs who had arrived to the shelter pregnant, added 8 new puppies to the controversy.

Finally, in July of 2017, a judge made a ruling. The dogs (except for one deemed too dangerous and two who died while in custody) would be released into rescue and hit the long road to rehabilitation.

One of the roads led all the way to Jacksonville, FL, where 14 of the dogs landed in the care of a rescue called Pit Sisters. A few of them were from the litter born at the shelter.

In early assessments, one of those puppies — a dog named Dallas — drew attention.

“The more we worked with him, the more we thought he should be a police dog,” Deane said.

So trainers spent a few days testing him and they eventually connected with someone from the Throwaway Dogs Project, a Philadelphia organization specializing in dogs often seen as beyond help — and turning them into police dogs.

Dallas, of course, was just a pup. He hadn’t done anything wrong, but rather was guilty by association — for his breed.

Throwaway Dogs founder Carol Skaziak, along with a team of behaviorists, headed to Jacksonville, where they spent several days testing Dallas. 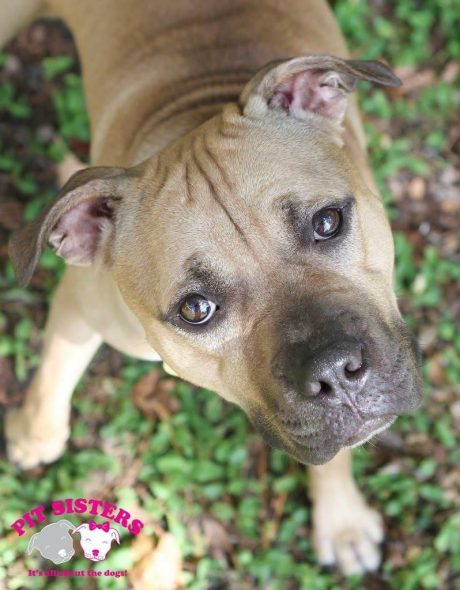 “The first thing I saw in Dallas was a very lovable dog that enjoyed being around humans,” Skaziak told MNN. “Then what I saw was a dog that had extreme play drive.”

It’s a skill Skazniak looks for in candidates for the program.

“Believe it or not, I feel that if we were on top of the Empire State Building, and we threw the ball over the edge, he would go after the ball.”

Not the best quality for a family pet, but for police dogs, it’s essential.

“With every day that passed, I was becoming more and more in love with this dog,” Skaziak recalls. “I thought, ‘This is probably going to work out for us. This is a homerun.’”

But there was one crucial strike against Dallas: He was deathly afraid of cars — so much so that he couldn’t bring himself to get inside one.

On their way back to Pennsylvania, the trainers told Deane if Dallas could get over that fear, they would try to land him a job as a K9.

Not long afterward, Deane — a trainer with a gift for bringing out the best in dogs — sent Throwaway Dogs a video of Dallas jumping in and out of cars with unflinching enthusiasm.

Dallas was officially in the program.

Dallas the pit bull profile
Dallas is on his way to Pennsylvania to start training for his new job. (Photo: Pit Sisters)
Not long after that, Deane got a text message: A police department in Virginia had offered Dallas a job.

And all of a sudden, the dog who nearly never left that secret shelter in Ontario — a dog who was born a victim — will now spend the rest of his life standing up for them.

With a lot of people cheering for him along the way.

“We have a whole town that’s excited,” Skaziak says. “We’re just thrilled. We can’t wait to start training him.”