A very inspirational – and very adorable – dog named Shakes has been named an honorary K-9 officer with the Monroe County Sheriff’s Office. Shakes has had more obstacles set in front of him than any dog should ever have to overcome. Before finding his loving forever home with road deputy sheriff, Jenna Moeller, he was a starving stray, abandoned and living in squalor. 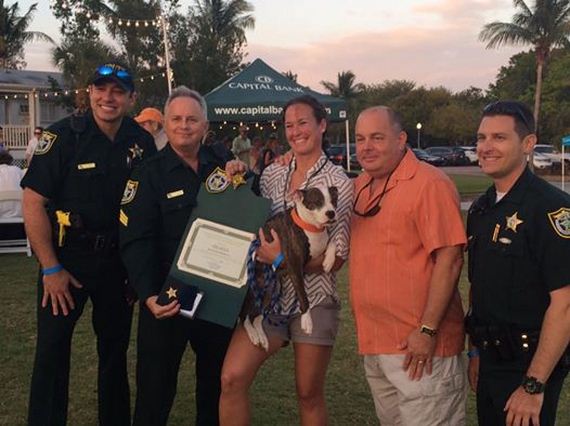 His rescuers from the Florida Keys SPCA instantly fell in love with Shakes, but soon discovered he was not only stone deaf, but also suffering from a neurological condition called cerebellar hypoplasia. The area of his brain known as the cerebellum is abnormally small, causing him to shake and have difficulty controlling his limbs. 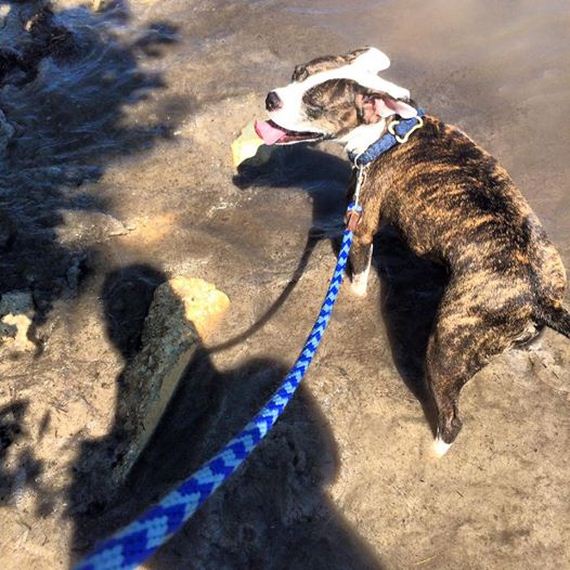 Thankfully, the FKSPCA is a no-kill shelter. A special pup like Shakes would have surely faced euthanasia had he been taken to an open admission facility. Instead, the brindle and white pooch with the irresistible underbite became something of a mascot to the staff and volunteers. They padded his kennel so he wouldn’t harm himself when he fell over. They gave him extra playtime in the yard to work on his mobility. They came in on their days off just to visit with him. 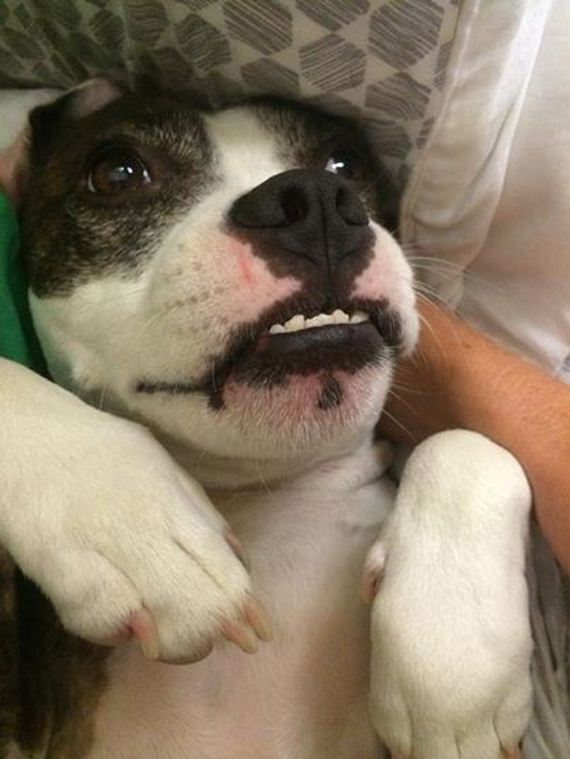 And then the bittersweet day arrived when Shakes met Moeller. His friends were overjoyed that he had found such a wonderful home to call his own, but heartbroken to say goodbye to the radiant spirit that had brightened each day of his time at the shelter. 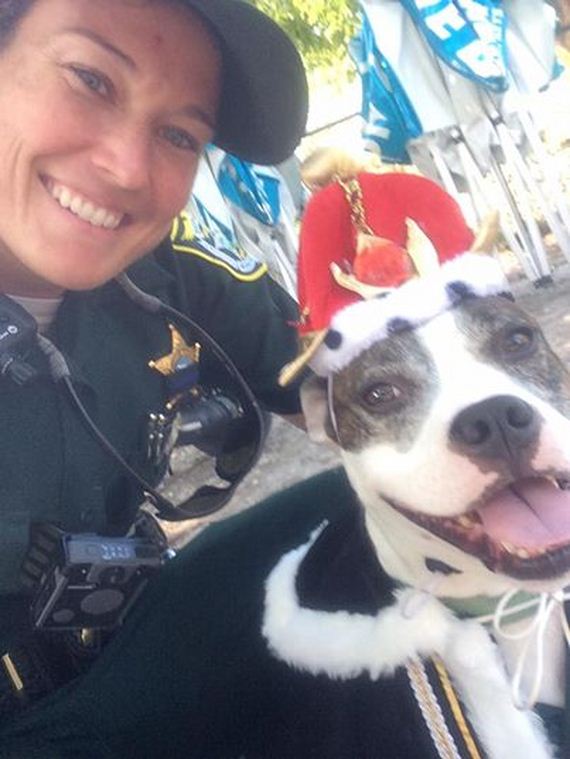 Four years have passed since that fateful day, and the pitiful stray, turned shelter mascot, turned beloved pet, is now a six-year-old local celebrity. At an SPCA fundraiser in Key West on March 25, Sheriff Rick Ramsay presented Shakes with a certificate of appreciation, a uniform patch, an official badge complete with photo, and a black wallet to keep it in. 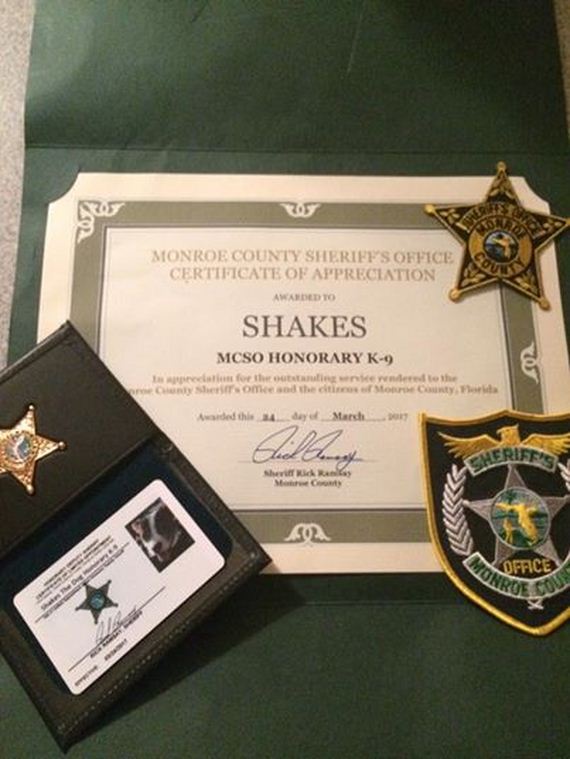 The honor was especially touching for Moeller since she recently learned that Shakes has an incurable type of cancer. Veterinarians told her that chemotherapy may extend his life by a year or so, but she has made the agonizing decision to allow Shakes to live out his remaining days free of needles and drugs.

“I opted to not treat with chemo and just give him the best possible life I can for the last few months,” she wrote on Facebook last month. 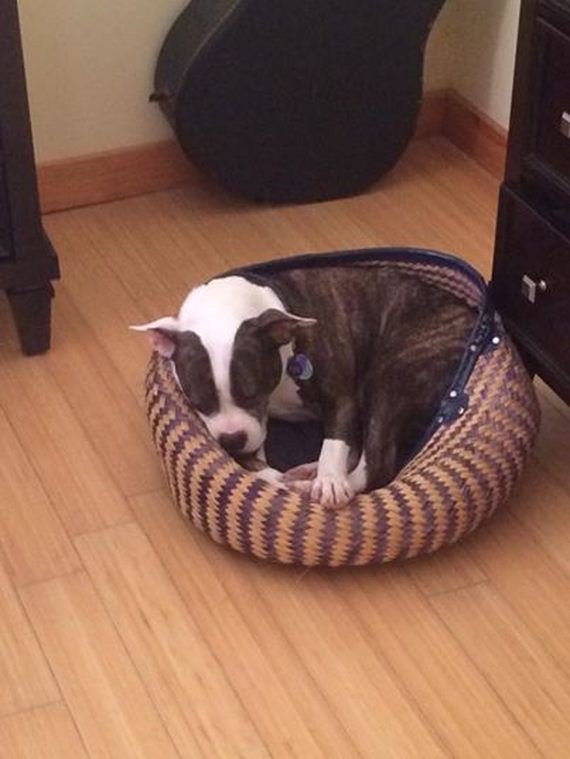 That “best possible life” includes Jeep rides, running on the beach, indulging in “Pup Cups” from Dairy Queen, bossing around his two larger rescue siblings, and lots and lots of naps. 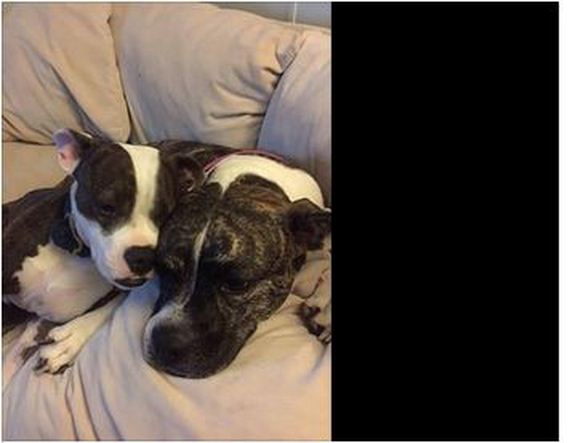 You may feel anger on Shakes’ behalf, knowing all that he endured before reaching his happy ending. It’s incredibly unfair that he should die so young, but Moeller, and anyone lucky enough to meet and fall in love with him, knows that Shakes will continue to live life to the fullest until the moment he takes his last breath.