Rescuers gathered to help a dog trapped underneath of a building, but the dog couldn’t hear them because he’s deaf. After crawling down there with him, they noticed the dog was wound tightly around a post and couldn’t move. 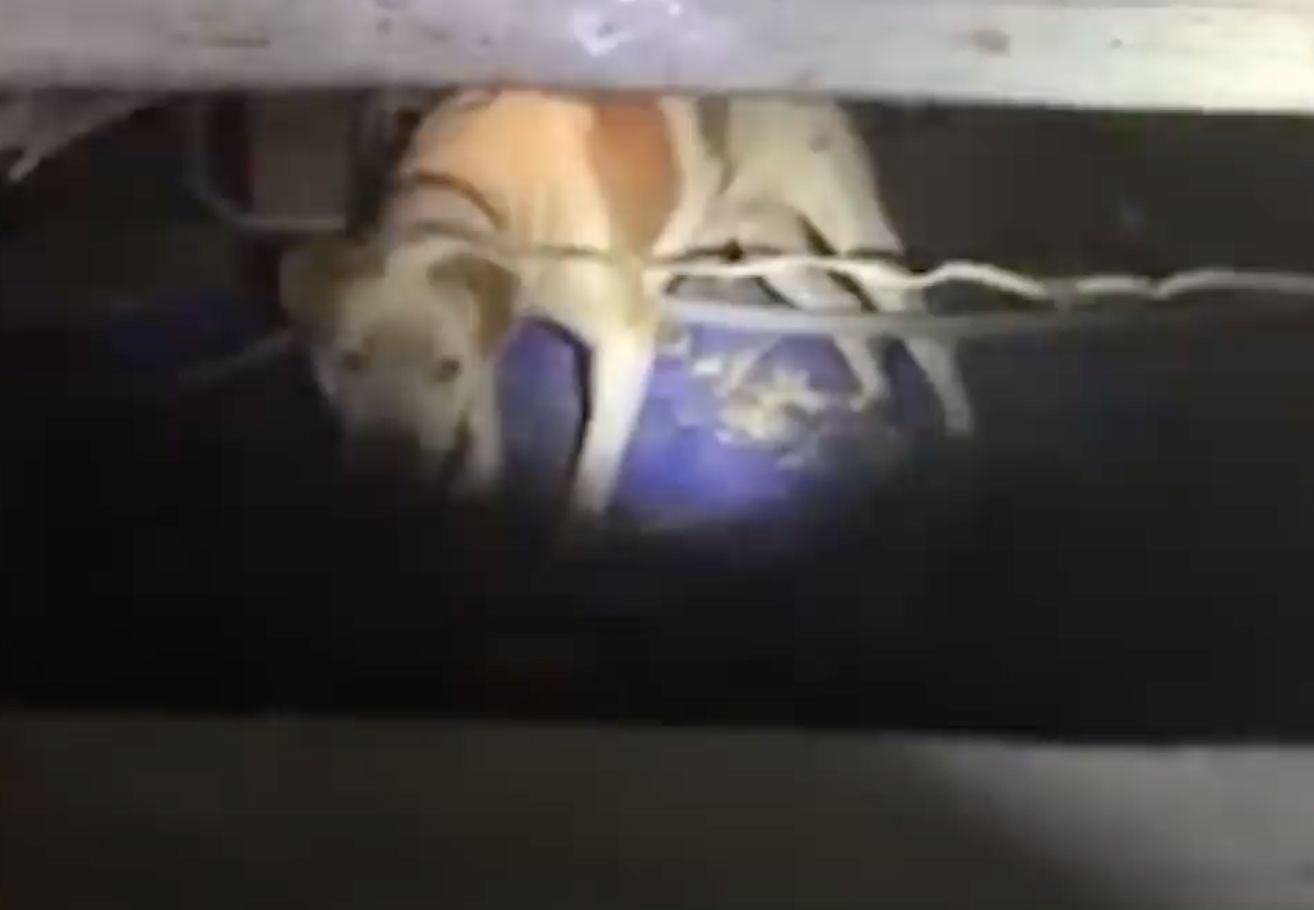 With very little space to move, the dog was scared. His leash was wrapped far too tightly to untangle, so rescuers decided they’d have to cut him loose. But that’s when something extremely frightening would go wrong… 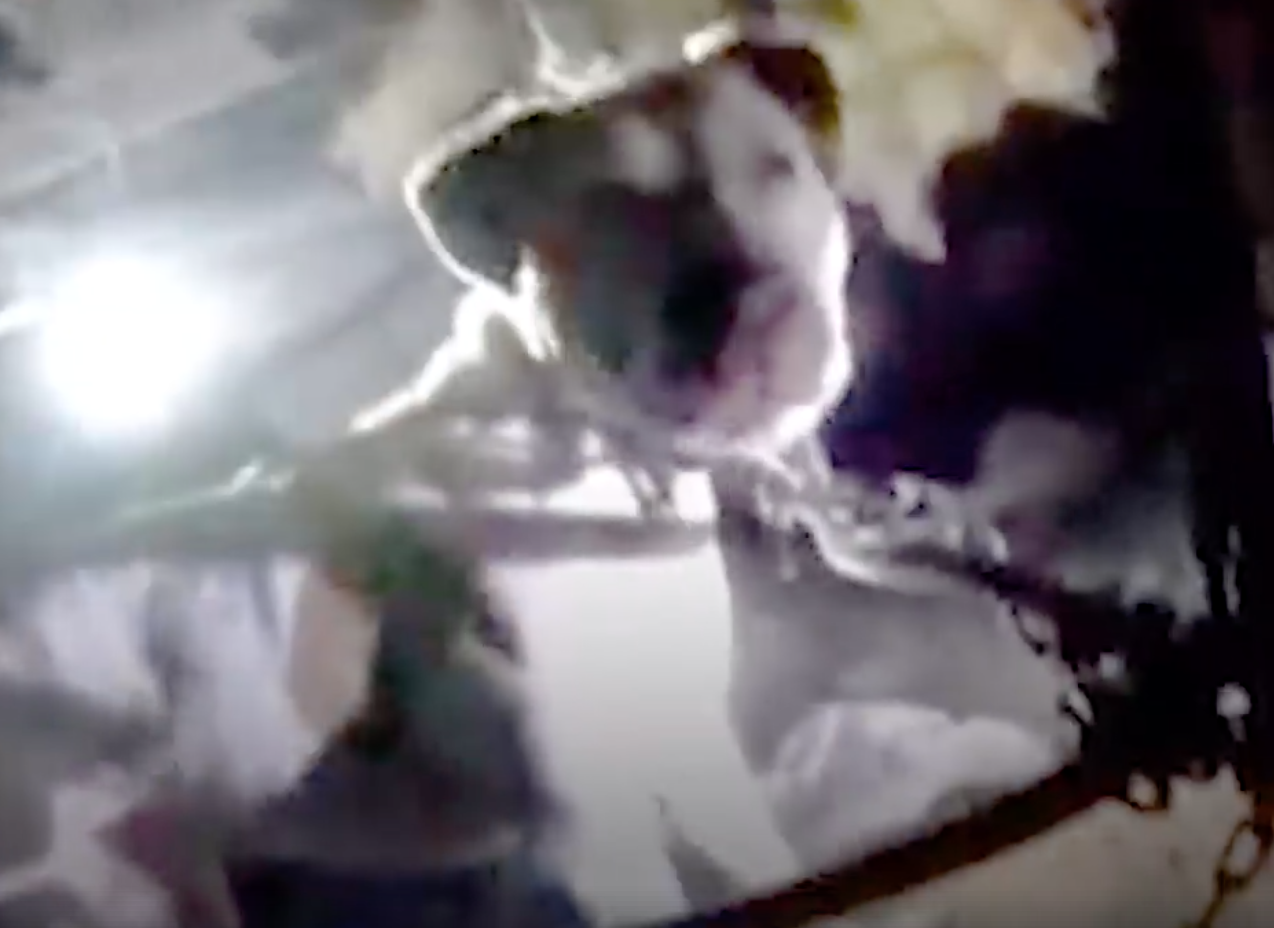 They started cutting what they thought was the dog’s leash when all of a sudden sparks flew everywhere. They’d accidentally cut into an electrical wire instead. But the good news is that everyone was okay. 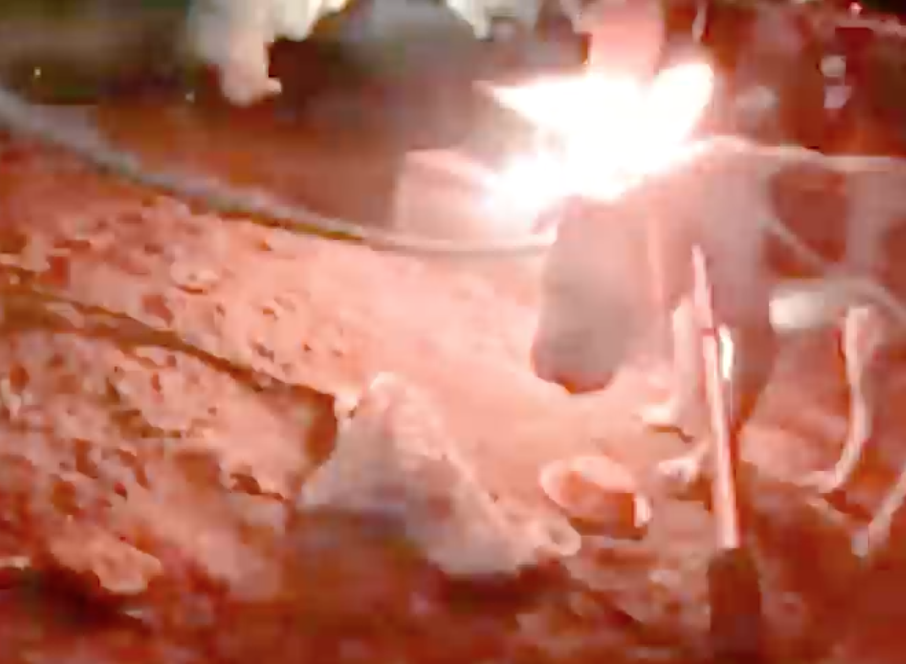 They proceeded to cut the dog’s leash to free him and lured him in the right direction out into the open. He was finally out of that dark dungeon. And the best part? The dog got to go home and see his family again. They’d missed him so much! 🙂 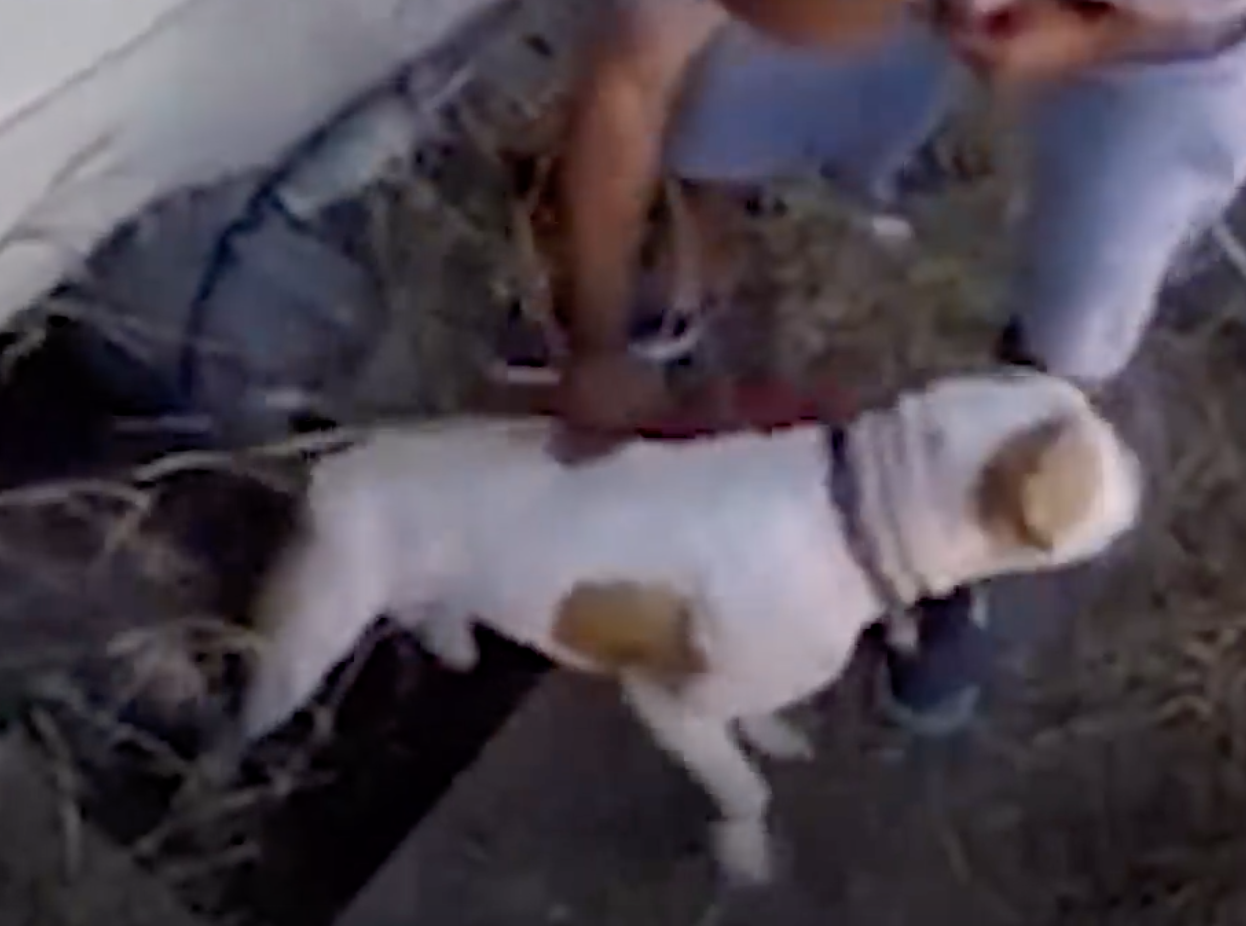 It’s amazing what people can do when they come together to help an animal in need. And after one scary moment, that’s exactly what they were able to do for this poor blind dog.