A deer stumbled upon a snowman and didn’t know what to think. It seemed harmless, but she had to investigate the odd, stationary figure. That’s when the deer noticed that the snowman smelled delicious. Before Frosty knew it, his carrot nose was gone! 😀 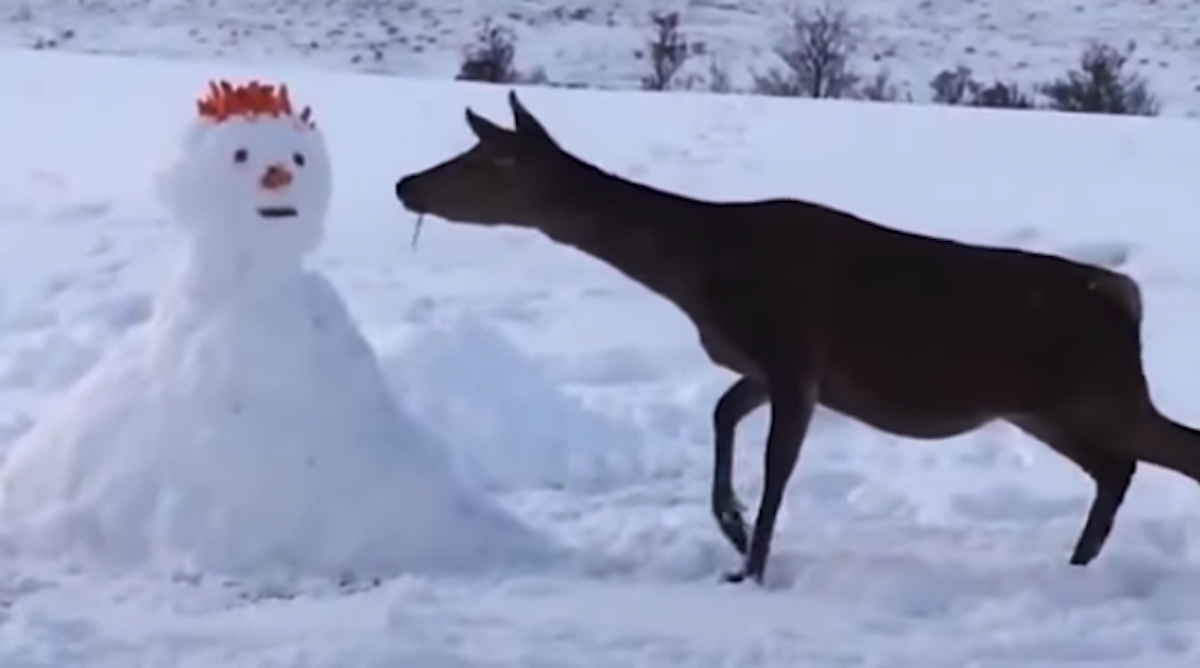 After chowing down on the snowman’s nose, she knew what had to be done next; the “hair” had to go too! As she munched on the tiny carrots that made up the snowman’s hair, a friend showed up to see what was going on. That other deer decided he wanted nothing to do with this and took off running! The demolition of the snowman continued as the original deer took Frosty’s head off and smashed it to ensure no more tasty treats were hiding anywhere. Too funny!