The system worked well for a while. But one day, the deliveryman forgot to bring the pup a treat. The dog was not happy about this. And so, while the deliveryman was busy delivering a package, the dog jumped into the back of his truck!

The dog went for a ride around the neighborhood in the back of the deliveryman’s truck. When the deliveryman discovered his stowaway, he brought the pup back to his owner.

The dog’s owner found the whole thing hilarious. He pinned a note to his dog’s chest in the style of the website Dog-Shaming. Then, he shared a photo on Reddit. 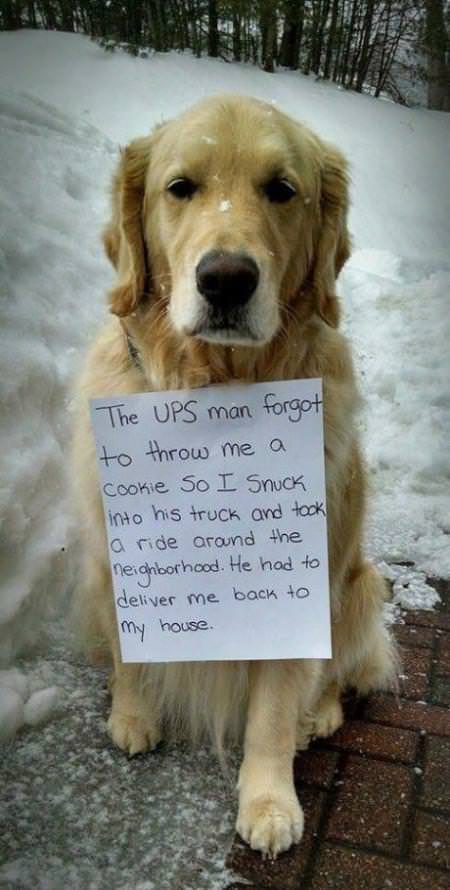 Many people had similar stories of their pets going the extra mile to get treats. A Redditor named Kharasmatic said:

Another Redditor named Pangwiny revealed that their goat also used to chase down their UPS and FedEx deliverymen:

All you deliverymen out there, take note: make sure to bring treats for your neighborhood pets. Otherwise, you may end up with a furry stowaway in your truck! 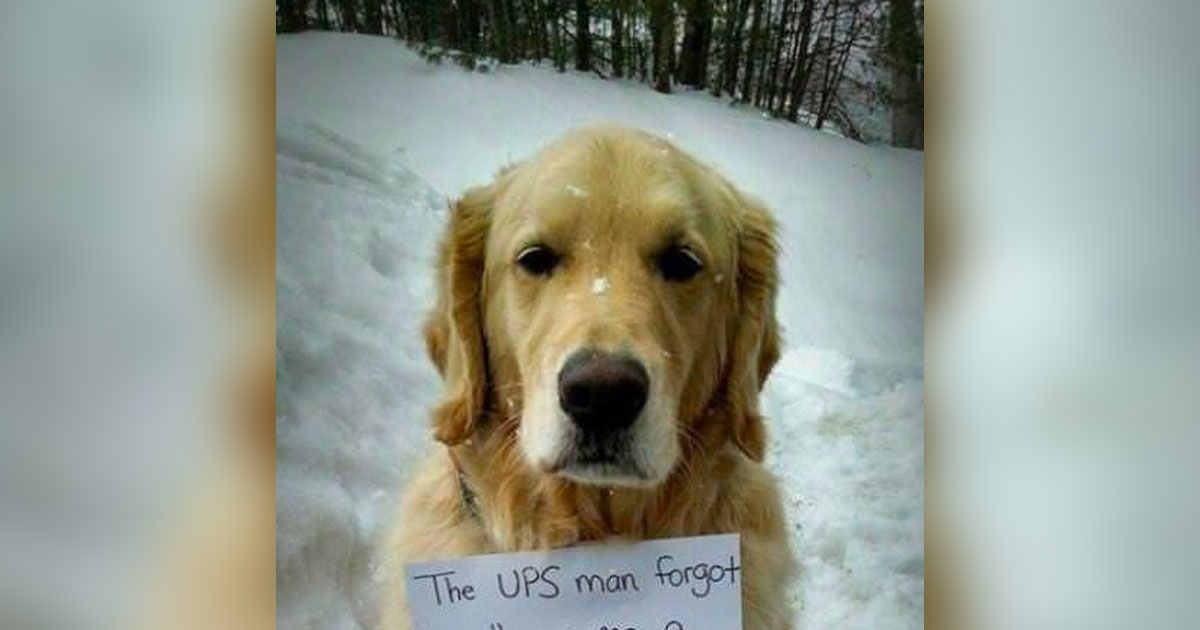