A 29-year-old man from Louisiana is accused of a depraved and heinous act of animal cruelty which left his dog, Gypsy, dead. As reported by KSLA News, Dustin James Coker is accused of repeatedly shooting his 3-year-old yellow Labrador retriever because she wouldn’t retrieve three ducks that he killed last month in Carlsbad, New Mexico. 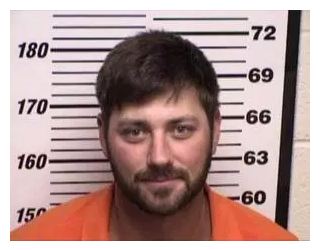 Coker was hunting with Bailey Perez, who told the authorities that Gypsy had to be humanely put down after the shots from Coker grievously injured her. Now, someone identified only as a Concerned Citizen of Carlsbad has launched a social media campaign to shed light on the cruel incident.

Every single one of the approximately 180 houses in Coker’s subdivision in Haughton, Louisiana will be receiving this flyer in a day or so. There are also many flyers going to people in Minden LA where he coaches. They needed to be warned, and they will be.

Your neighbor, Dustin Coker, is a monster. Coker shot his three year old yellow lab Gypsy twice with a shotgun because she did not properly retrieve three ducks when he took her hunting. Coker’s hunting companion had to pull Gypsy from the water, and seeing that she was still alive and in agony because her guts were hanging out, the hunting companion mercifully ended Gypsy’s suffering. Coker has been charged with the felony of Extreme Animal Cruelty in Eddy County, New Mexico, where the atrocity occured. Coker’s actions show that he is a violent, twisted and inhumane person. What’s more, Coker is a football coach for the Minden RipTide football team, coaching childen. Someone as violent and unhinged as Dustin Coker has no business working with children. Coker admitted to his hunting companion that he had “wanted to” shoot Gypsy before, because always did what she wanted to do and because he was “tired of yelling at her.” Gypsy was a family pet. By killing her, Coker killed a member of his own family! Dustin Coker is a sick person who cannot be trusted in civilized society. Do not trust him around your family, especially not around your children or pets. He is a monster.

Coker is facing a felony charge of extreme cruelty to animals.