“Ohana means family, and family means nobody gets left behind”–We all heard that line from the Disney movie Lilo and Stitch.

Our dogs are not just pets to us, they are our best friends, they are part of the family. So we don’t just leave them behind. However, not everyone sees their dogs that way. And it’s sad that they just abandon their dogs, leaving the poor dog behind, confused why his so-called family has left him.

That is exactly what happened to this dog now named Barkley. Barkley was found wandering in a trailer park . His rescuers believe that he was abandoned by his owners. When they brought him to Daviess County Animal Shelter, Barkley was very depressed. He just sat in the corner, stared at the wall, and refused to eat. He didn’t take any interest in taking walks either.

Thanks to the effort of the shelter volunteers, Barkley was finally feeling better. They got him to eat his meals.

When they let the vet take a look at Barkley, they discovered that he wasn’t just depressed, he was also suffering. His paws were infected and his teeth were in such horrible condition that they needed surgery. Thankfully, a lot of people donated to help Barkley when they read about his story. The donations didn’t cover all the costs, but they were able to help pay for Barkley’s dental surgery and got him neutered too.

Barkley is a senior dog and being at the shelter is not good for him. Fortunately, Secondhand Hounds stepped up to take his case. 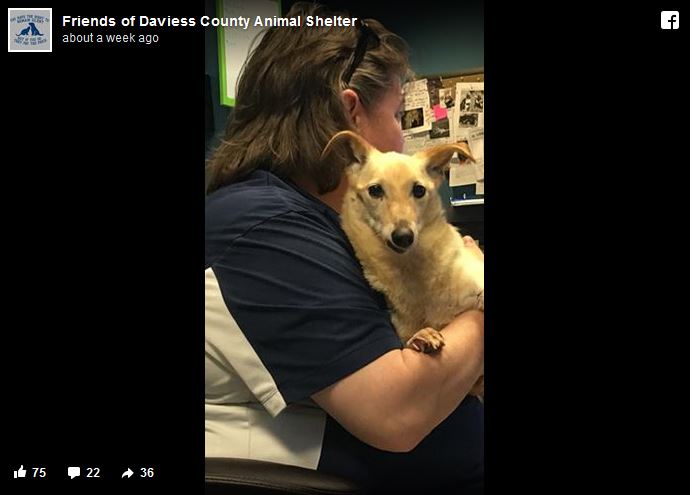 Barkley is better and he looks calmer too. But he’s still looking for a forever home.

You can also read the full details about Barkley’s story at BarkPost.