Last week, deputies from California’s Sonoma County Sheriff’s Office got an emergency call from an 18-year-old man who was in distress. The man was home alone with his dogs when they started to bark alerting him that something was wrong. The man then heard some strange noises coming from somewhere in the house, and he called 911. 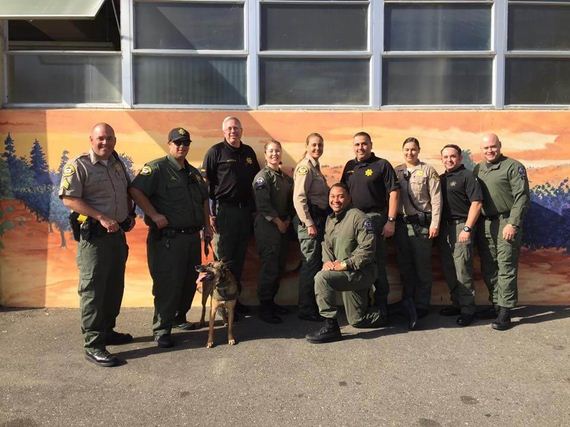 When the police got to the home, several deputies went inside to look around, and a few more stayed outside. They soon found the ‘intruder.’ A deputy heard some scratching noises coming from the roof. He shined his light up to the skylight and saw a dog with his head sticking out! At that point, the police couldn’t help but laugh. 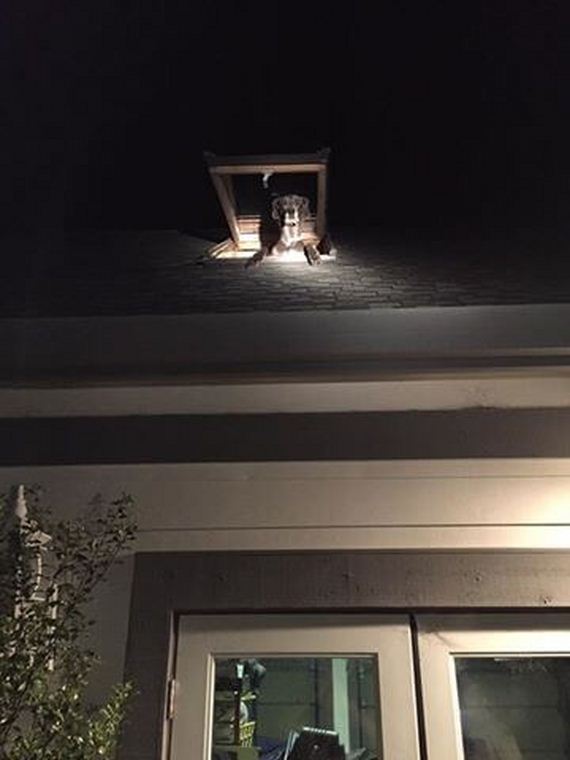 There was no intruder after all. The Great Dane in the skylight was one of the family pets that had gone unaccounted for when the nervous caller phoned the police. The dog was tall enough to stand up and look through the skylight – maybe he was just getting some fresh air. The department’s spokesperson, Spencer Crum, said that it was likely that the smaller dogs were barking because they couldn’t get up there – they were jealous. 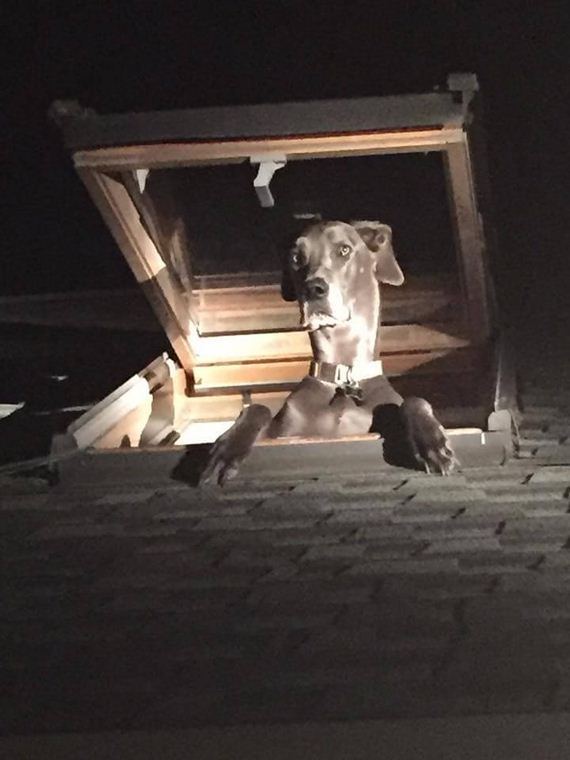 The situation naturally resolved itself, but not before being written up in the record books! Crum admits that he has been working his job for 25 years. He has seen and heard of a lot of strange calls, but a dog that was thought to be an intruder in his own house is rather unheard of! Amazing how a big dog like a Great Dane could be forgotten! Share away, people!