The devastating wildfires that are sweeping across northern California and causing destruction along the way are to blame for many lives lost. Amid all the rubble, the Butte County Sheriff’s Office came upon something they didn’t quite expect. As workers were combing through burned down properties and rubble, suddenly a puppy peeked his head out. 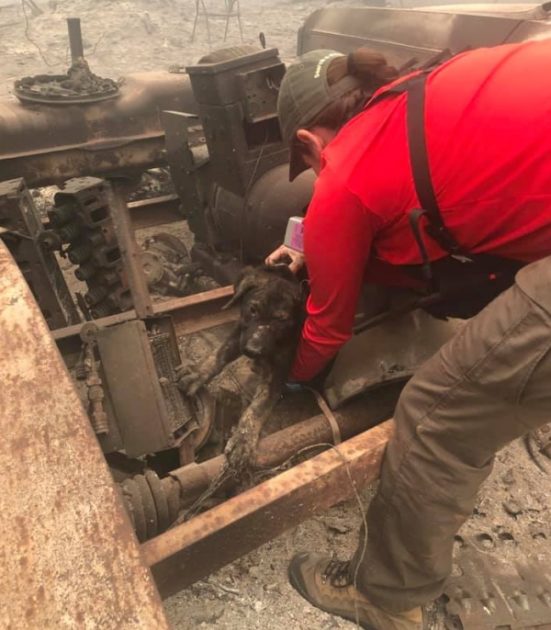 After reaching into the pile and pulling the little guy out to safety, they noticed he had some minor burns. They rushed him to Animal Control where he was fully examined. Unfortunately, the owner of the property on which the deputies searched had several dogs and was unable to locate all of them. He hurriedly had to evacuate or he could have perished in the wildfires. 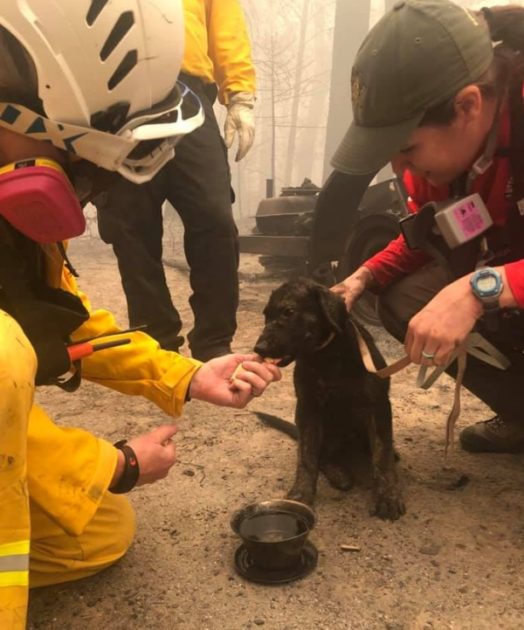 The resilient pup survived the fire and was happy to see his rescuers. They gave him food and water and a lot of snuggles on the scene. Since they had no idea who owned the puppy, the Sheriff’s Office decided to name the little guy Trooper. As of this writing, at least 35 people have been killed and over four million acres have been destroyed by fire. The flames are spreading across California, Oregon, and Washington State. 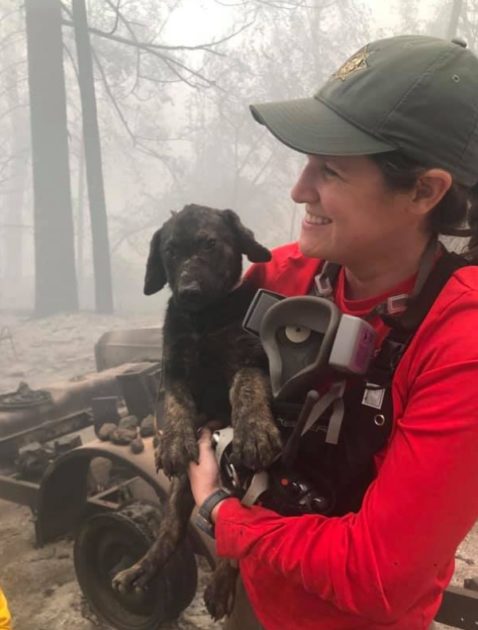 “These last several days have been hard on our entire county and we thought we would share a positive story today,” the Butte County Sheriff’s Office shared on Facebook with images of the pup being rescued. Thanks to everyone who saved this puppy who managed to ignite a spark of hope during these dark times.