A Colorado deputy is being hailed a hero after he saved a dog from a burning car.

When Deputy Michael Gregorek of the Douglas County Sheriff’s Office was called to the scene of a vehicle on fire, he witnessed the owner struggling to get his dog out of the burning SUV. He was throwing things at the windows to try and break them open, but to no avail. 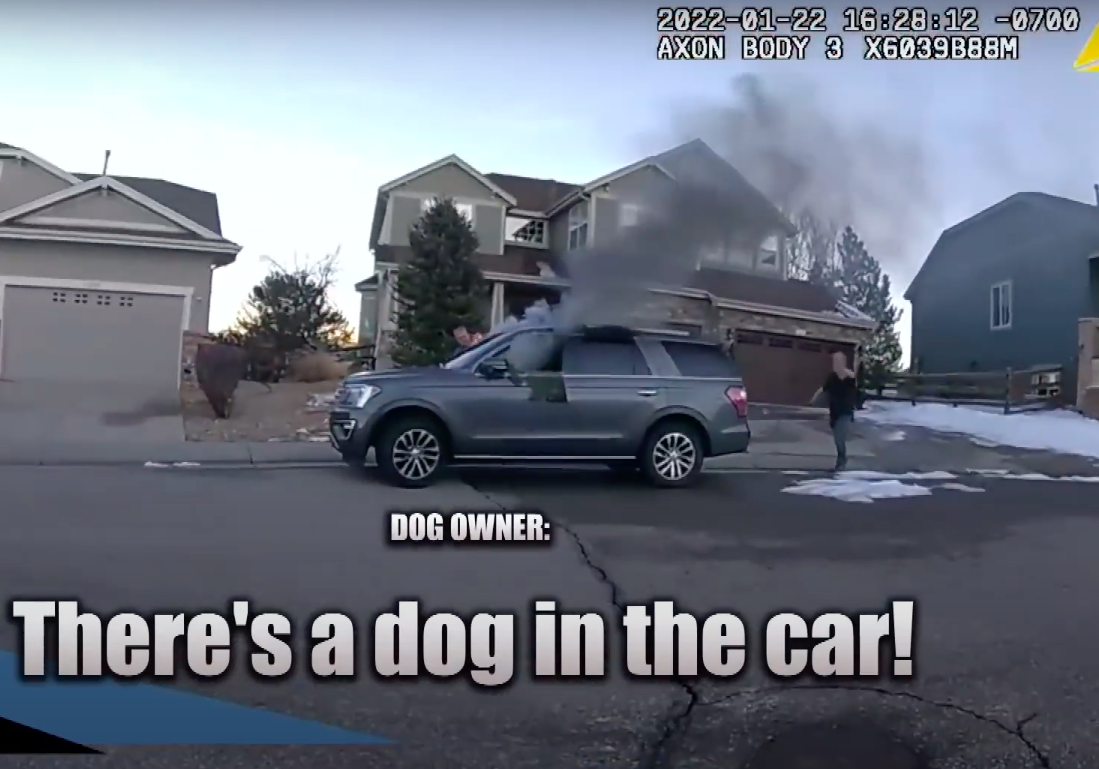 Without hesitation, Deputy Gregorek sprung into action to pull the terrified dog, named Hank, from the fire before it was too late. First, he shattered the windows of the vehicle with his baton in order to reach inside to grab the pup, who was salivating from his mouth and clearly in distress.

“That’s his baby, I’m not going to get in his way while he’s trying to rescue his baby but the second he opens up an opening for me I just went in there and grabbed on and his body had already started to tense up, so I knew he was really in a bad way,” Deputy Gregorek said. 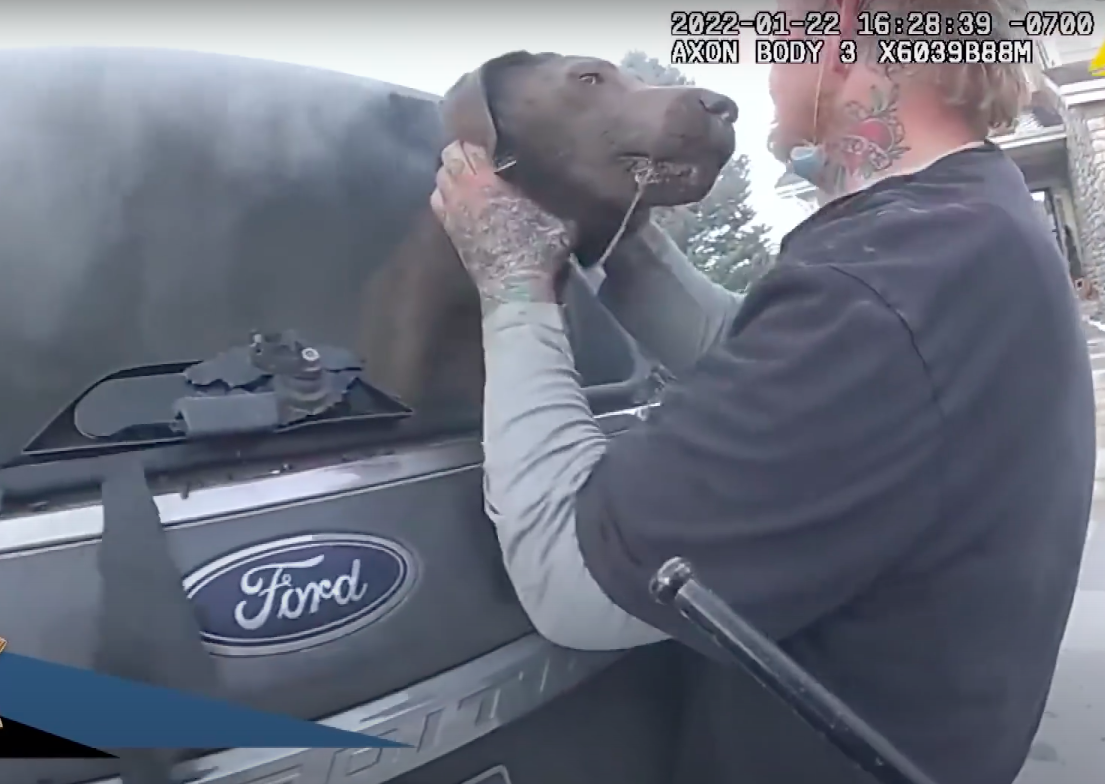 The dog leapt from his arms into the snow and showed an immediate sense of relief. He was so grateful for the deputy’s assistance and even thanked him by licking his face.

One of the neighbor’s just happened to be a veterinarian, and examined Hank to make sure he was ok. Thankfully he is fine and in good spirits, all thanks to Deputy Gregorek. 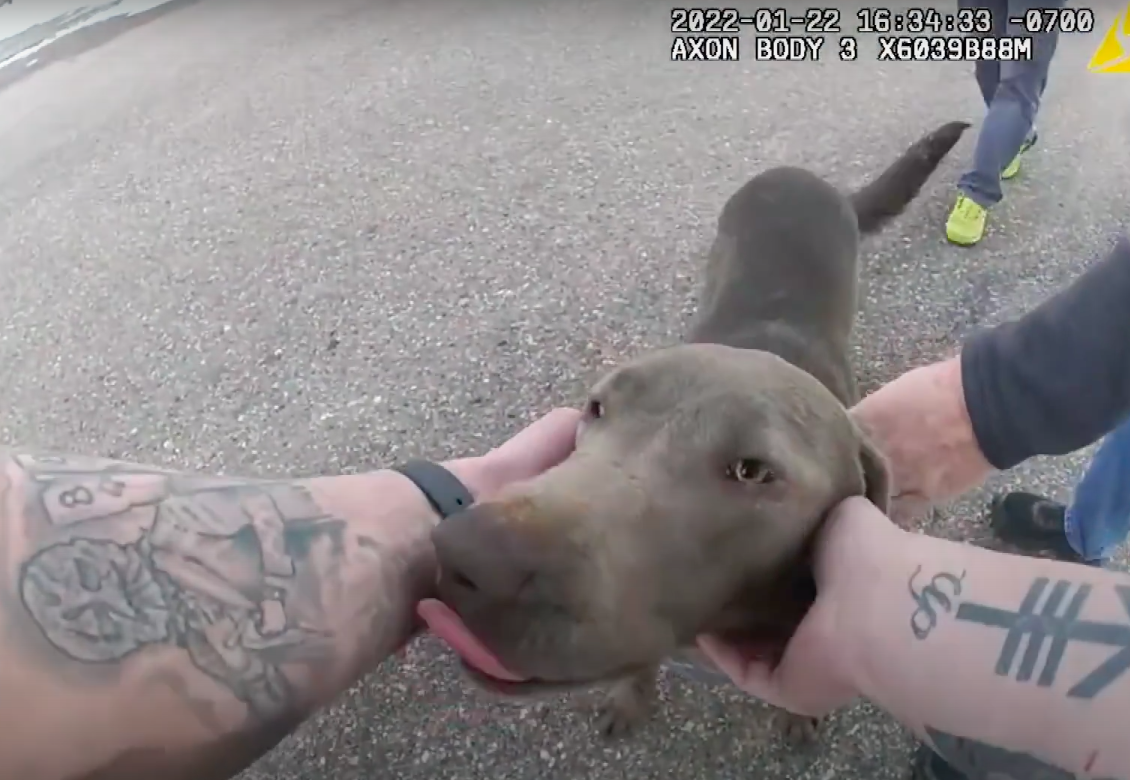 The rescue was caught on the deputy’s body cam, which the sheriff’s office posted on Facebook with the caption: “Not much to say here! The video speaks for itself. What a phenomenal ending to a scary situation for all.”

People of the community are thanking Deputy Gregorek and applauding him for his bravery. 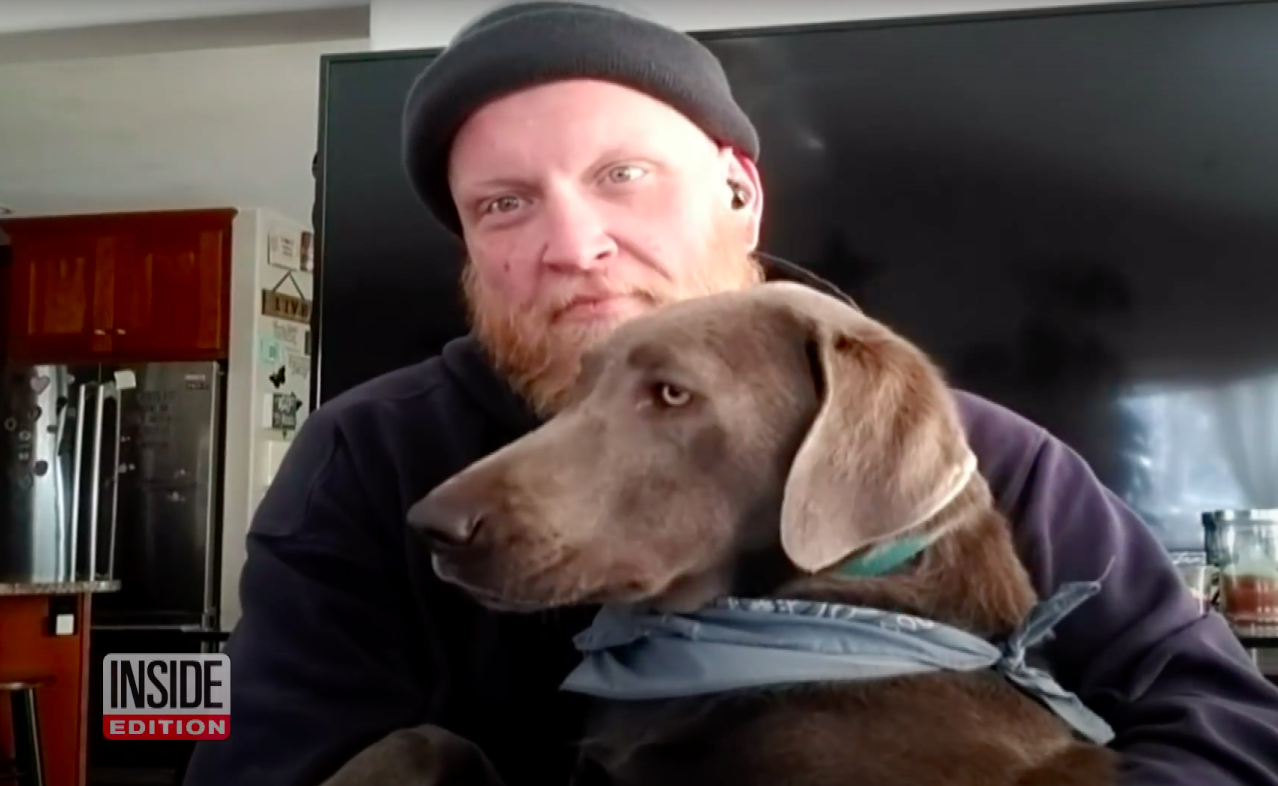 Deputy Gregorek, who is an animal lover, says he would’ve done the same thing no matter who was stuck in the car.

“I would’ve done the same thing whether it be baby, human, dog, cat,” Gregorek told the NY Post. “A life is a life. You kind of treat it as such in a situation like that.”

Watch the amazing rescue in the video below: