A desperate search is underway for a dog who escaped from her crate at Florida’s  Tampa International Airport. Owner Christie Pennell issued a post to the Lost and Found Pets of Hillsborough County Facebook page on October 11: 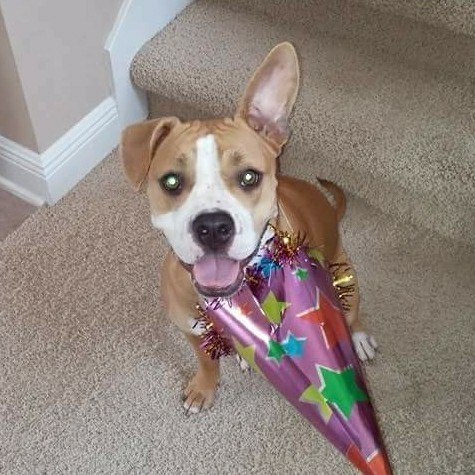 **************PLEASE HELP*************
Our dog went missing tonight from Tampa International, they were loading her on the plane tonight at 8pm and she “bit through the METAL cage” and she ran into the woods. She is chipped but they took off her collar.

advised dog got loose Main Terminal, fled West, which is Eisenhower/Veterans expressway area and advised there is a canal/ditch so hard to see, near airside E though of course Brady could have traveled anywhere and apparently is injured (or could be reportedly). She is 60 lbs, female.

ABC Action News reported that Brady was being shipped to Bermuda to join her family who relocated there approximately six weeks ago. Until now, the weather had not been cool enough for Brady (who was staying with family friends) to safely be transported by air to join her family.

Brady’s owners enlisted the help of International Pet And Animal Transportation Association to transport their pet – the company told the dog’s owners that Brady was “calm and docile” when they left her with airport officials. Her owners fear that “something bad” happened to make her chew through her crate.