A Corgi named Arthur barely survived a brutal head injury. He crawled under a fence at a Pennsylvania farm to beg for help, and luckily that led him to an animal rescue organization. At first, his rescuers thought his wounds were from getting scratched by the fence, but when they cleaned him up, they discovered a bullet hole perfectly between his eyes. Someone had shot him on purpose.

Somehow, the bullet missed Arthur’s brain, but he was still in critical condition. Animal rescue workers went to work on his medical care and got in touch with his family along the way. Yet, a lot of questions are still unanswered. 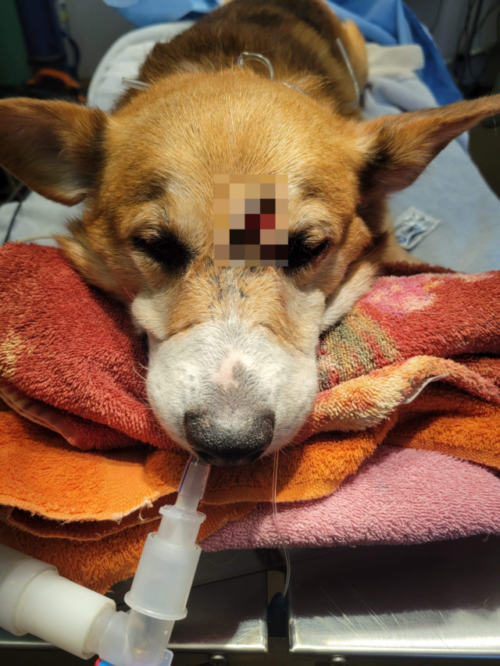 Corgi on the Brink of Death

The property owners of the farm Arthur crawled to called the Pennsylvania Society for the Prevention of Cruelty to Animals (PSPCA). Arthur had a large wound on his head that was covered in debris. At first, he was in too much pain for an exam, so they had to give him pain medications and antibiotics to soothe him. Then, they discovered that the wound was caused by a bullet.

“Arthur is lucky to be alive. And that is not an understatement. He was shot between the eyes and seemingly left for dead. But, Arthur didn’t die. He crawled under a fence to a family farm & ultimately found safety with us,” the PSPCA wrote. 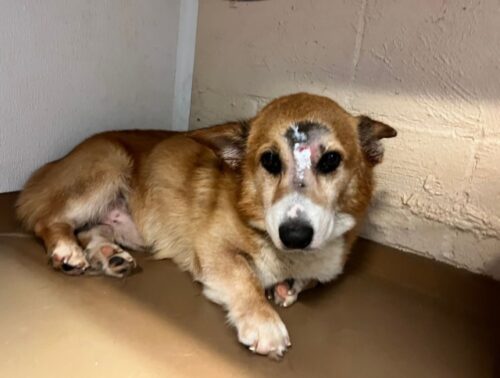 X-rays confirmed that the Corgi had survived a gunshot wound. The bullet left a hole in the pup’s forehead and damaged his airway passages. He was also anemic and infested with fleas. It seemed like whoever shot him left him to die, but the strangers who found him saved his life.

Investigators located Arthur’s owners, who said they were training him for off-leash farm life when he went missing. The owners are not suspects, but Arthur wasn’t found far from his home, so someone living nearby likely did this to him. 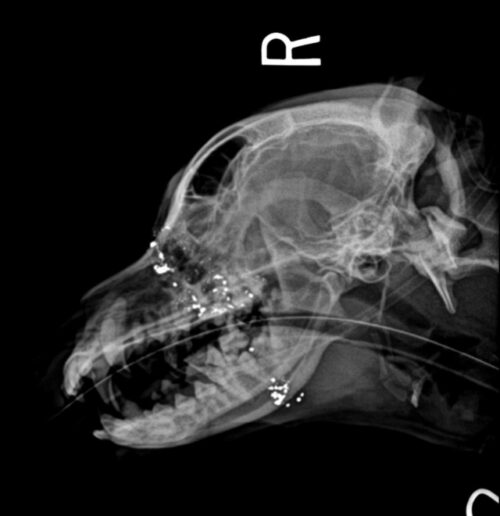 While the investigation continues, Arthur is recovering. He needs regular cleanings and ointments to help the wound on his head heal. So far, it has been healing well, but he still has bullet fragments in his head that may require intense care to remove. Vets are monitoring the wound to decide what the next steps should be.

Despite everything he has been through, Arthur is a happy, friendly boy. PSPCA staff members say that he adores everyone he meets, and he also loves chicken nuggets. So, he’s being spoiled a lot with his favorite snack. 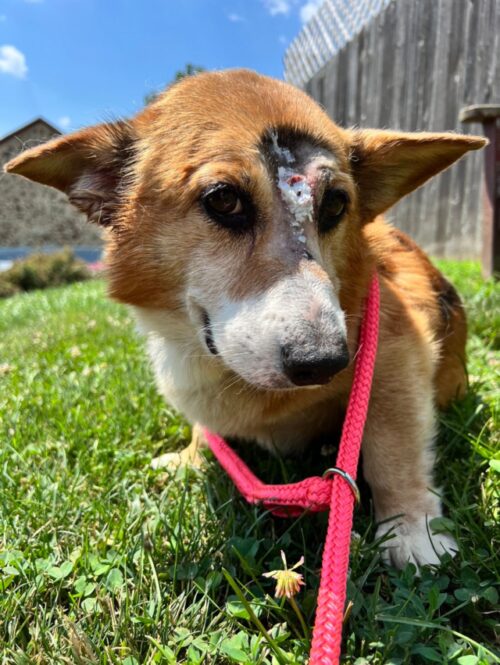 RELATED: Shelter Staff Is Shocked To Find A Bullet In Rescue Dog’s Abdomen

“He’s such a happy guy. By the second day after he woke up from anesthesia, he was giving us his cute little butt wiggles. He’s a pusher and a doer,” said Alicia Royer, the PSPCA veterinarian at Main Line Animal Rescue.

Arthur’s owners surrendered him to the PSPCA so they can make sure he recovers. They were devastated to hear what happened to him, especially since it wasn’t an accident. It seems like someone did a close-range shot in an attempt to kill him. 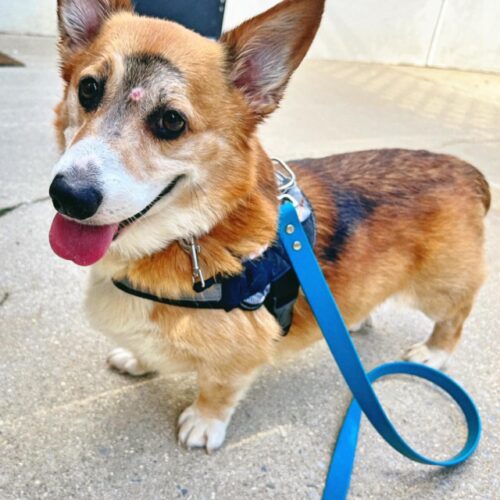 There are no updates on the investigation, but if anyone has information, they should call PSPCA’s Humane Law Enforcement team at 866-601-SPCA. Arthur might be doing well, but he still deserves justice for the pain he has endured.