A Dachshund who was abandoned with a disabled kitten steadfastly refused to leave her companion’s side. The two were found dumped together at the bottom of a driveway by Seminole County Animal Services in Florida. Idgie, a 2-year-old Dachshund, growled and protected Ruth when the animal control officers approached. The 7-month-old cat did not have use of her legs and could only drag herself to move.

They were taken to the shelter and since then have been inseparable. Named after the characters in Fried Green Tomatoes, Idgie is devoted to Ruth. If she gets a new toy she will take it over to Ruth to show her. If another dog approaches, she puts herself between the dog and Ruth. And if Ruth is taken somewhere without her she gets very upset.

Thankfully, they found a new home together with Jacqueline Borum, who has fostered and found adoptive homes for thousands of dogs and cats over the years. She also runs Hollywood Houndz Boutique & Spa and that’s where Idgie and Ruth hang out. They share a large pen by the front window where they snuggle and play together.

The two get lots of love and attention from the entire staff and are the darlings of customers who come in. Borum told the Orlando Sentinel, “I mean, we’ve seen friendships between dogs and cats before, but never anything like this.” 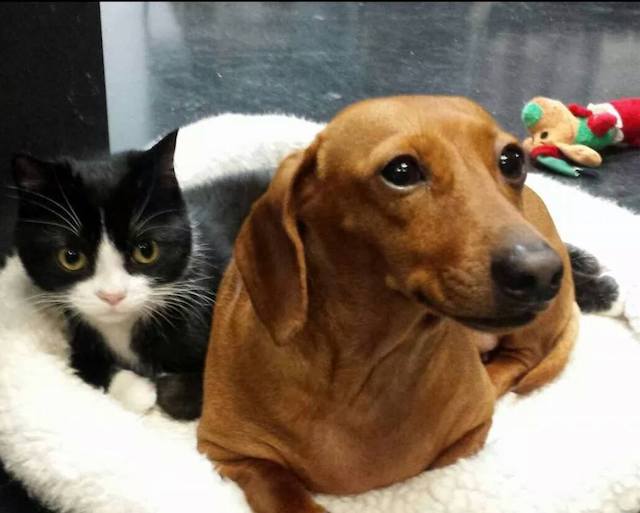 Borum also made sure Ruth got a kitty wheelchair to get around. 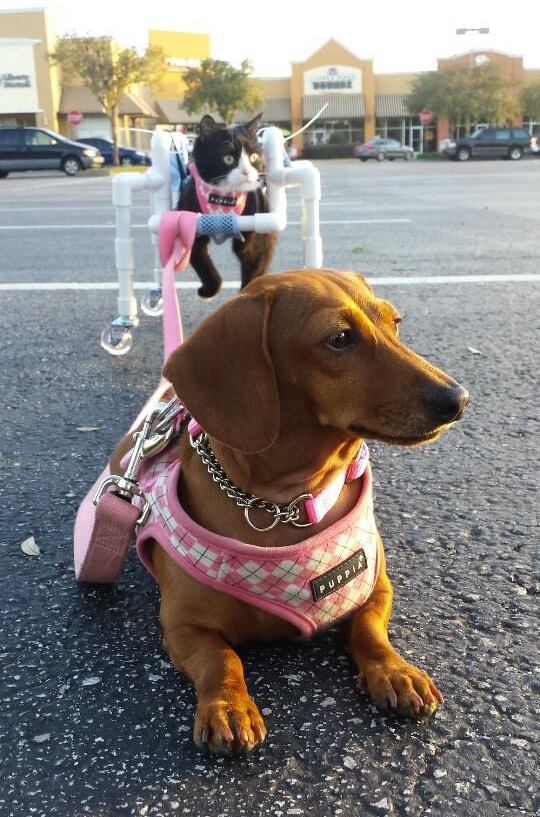 The two best friends remain together to this day. Said Borum, “They really are the best of friends!”