When Nubby was just four hours old, a veterinarian suggested he be euthanized.

The boxer puppy had been born without his front legs. And while his mother didn’t reject him, Nubby didn’t have the strength to get past the other puppies to eat.

“His siblings were pushing him out of the way. He would have perished,” Lou Robinson, Nubby’s foster mom, told The Dodo back in February. “He came home with me.”

Robinson is a longtime animal rescuer based outside Houston, Texas, and founder of a group called Warriors Educate About Rescue. He teaches classes about how to compassionately care for animals, and puts out a calendar featuring Texas firefighters with rescue pets.

And so Nubby was in very good hands. 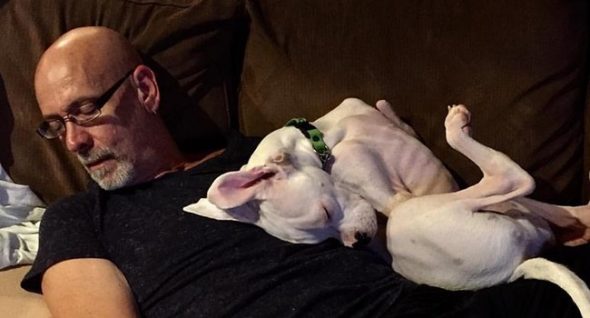 It wasn’t always a smooth sail, it was discovered that Nubby had an esophageal abnormality, as well. He fought through the sickness this abnormality brought on, though, and though it will be some time before vets can determine if he will grow out of the abnormality or not, Nubby is back to his old self — eating and playing and of course, completely unaware that he’s different at all. 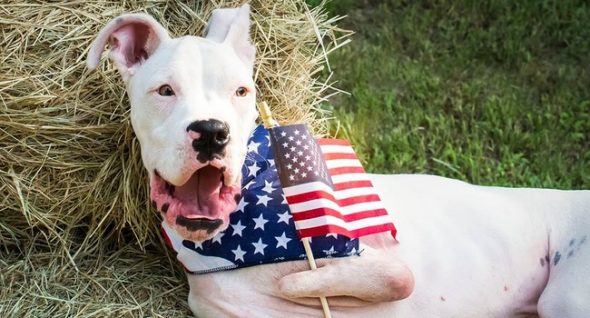 Nubby is still growing and will eventually get some mobility wheels to help him get around. One day, he may even be a candidate for prosthetics, but again, his mom and dad will have to wait until he’s done growing for the doctors to figure that one out.

In the meantime, though, Nubby is living the live in Texas with four siblings and enjoys the company of Rita, his affenpinscher BFF who lives nearby. And we positively love him! <3 You can follow him on Facebook here.