It can cost thousands of dollars and take anywhere from 2-5 years to receive a service dog, and most people with disabilities can’t afford to wait that long. Chris Jackson is still mourning the loss of his service dog and best friend Jake, but just before Easter he received the surprise of a lifetime when he was given a new service dog, free of charge.

Chris’ dog, Jake, had arthritis and other age-related health problems, but being on a fixed income, Chris couldn’t get to the vet or afford the mounting bills for medication. He was sacrificing his own food and medicine so his boy wouldn’t go without, and contacted CBS 6 to find better help. 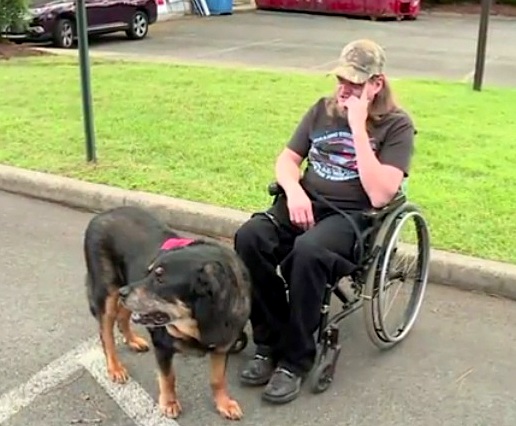 Chris and Jake were then connected to Dr. Courtney Belden through FETCH a Cure, a Richmond non-profit organization that links pet parents to the resources that can help their sick pets.  She volunteered her time and set up a GoFundMe page, which quickly raised money for medication, and a few people offered to drive Jake to appointments.

Despite the outpouring of support and wonderful care Jake was receiving, he died in December. He was Chris’ service dog for 14 years, and looking around his Virginia home, it’s easy to see how much love he had for his dog.  Jake’s harness and photos still adorn the mantle. 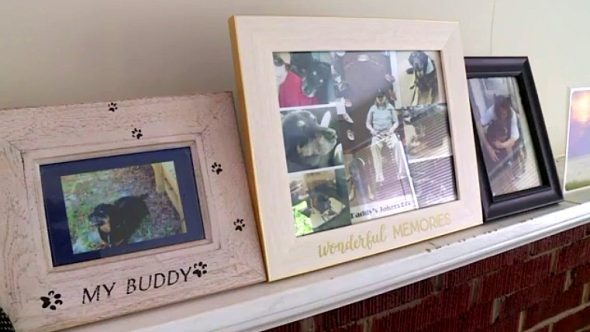 When Jake died, Chris was astounded to learn that it would cost thousands of dollars and take up to three years for him to receive a new service dog, so he put the word out to anyone who could help.  His call was heard 1,300 miles away.

Bridging RVA heard about Chris and contacted Kayla Wells of New Life Individual and Family Services in Dallas.  She flew all the way from Dallas, and along with John Sawyer of Bridging RVA, presented Chris with his new companion. 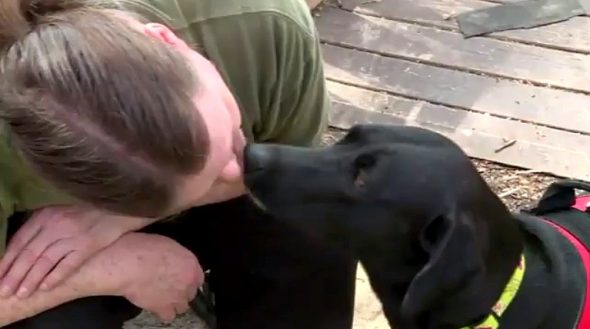 He thought the news station was interviewing him about the struggles of obtaining a new service dog, but then they interrupted him.

“We have a surprise for you,” said CBS 6 reporter Chelsea Rarrick. “We have gotten you a new best friend.” 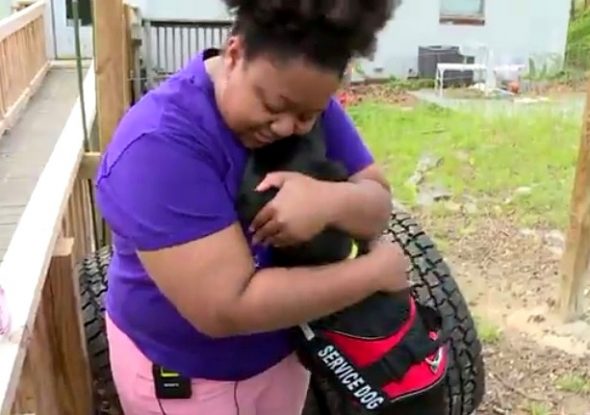 Chris couldn’t contain the torrent of emotions he was feeling, and wept with joy and gratitude.  He wasn’t the only one who couldn’t hold back the tears; Kayla had been caring for Nala and had grown attached, but she knows her “Nala Bear” is needed elsewhere.

“She’s probably one of the best dogs in our program ever,” Kayla said.  “I know Mr. Jackson will take extremely good care of her.” 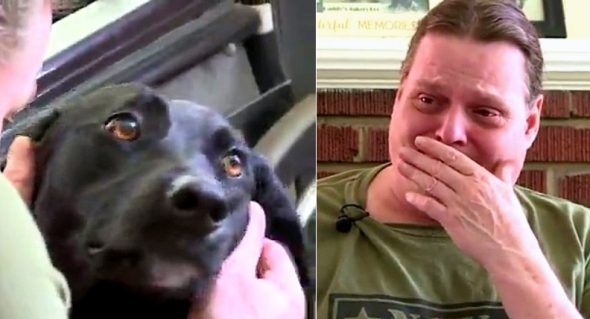