In 2010, Sales Manager Eric O’Grey’s health was in serious danger. He was just 51, but years of carrying nearly 200 extra pounds of weight had taken its toll. O’Grey had Type II Diabetes, high cholesterol, unregulated blood pressure, and was taking 15 different medications each day. He sought the advice of a naturopathic doctor and was shocked by her unconventional prescription. She told him to get a dog.

“She knew my underlying problem wasn’t medical, it was being reclusive,” O’Grey told PEOPLE.

He contacted the Humane Society of Silicon Valley and jokingly asked if there was a “middle-aged, overweight dog” like himself available. It turns out there was! The adoption counselor recommended Peety, a 7-year-old, 75-pound Border Collie-Australian Shepherd mix. 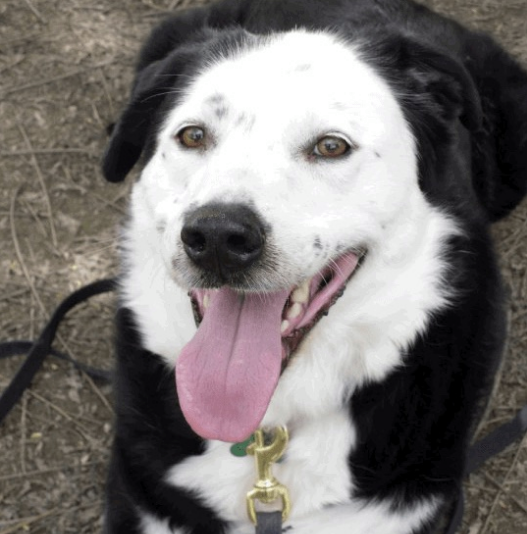 The now 58-year-old co-author of the book, Walking With Peetey laughed as he described the mutual disappointment between himself and the dog at their first meeting. Despite their reservations about one another, O’Grey and Peety embarked on their weight loss journey together. 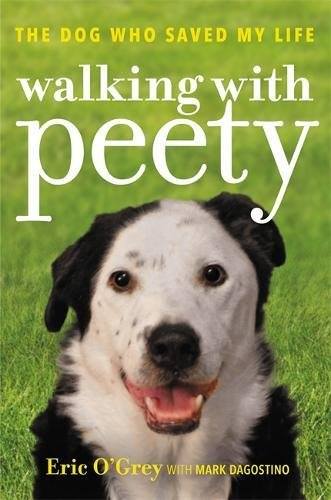 They started out slowly with short walks, and built up to longer strolls. With the help of a whole-food, plant-based diet, O’Grey went from 340 pounds to 180 pounds and Peety dropped an impressive 25 pounds in just one year!

As the weight melted away, O’Grey’s confidence grew, and with Peety as his wingman, he became more social.

“I called him my weapon of mass seduction,” he joked. “You can approach someone with a dog and start a conversation.” 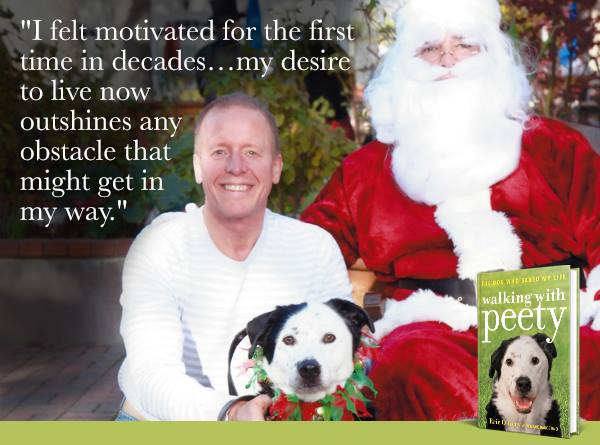 O’Grey has since reunited with – and married – his former high school sweetheart.

In his interview with Megyn Kelly, he described his awkward first meeting with Peety and their subsequent bond. He also discussed his belief that pet adoption saves lives – both the animal’s and the human’s.

After five wonderful years together, Peety passed away in 2015. O’Grey has since rescued a new shelter pup named Jake and taken up marathon running.

But he has not forgetten the dog who inspired it all. Walking With Peety is his tribute to a cherished friend and the only “prescription” that actually worked.