If you have ever road-tripped along the east coast, chances are you have gassed up at a Wawa. This week the chain’s iconic name took on a brand new meaning for one special dog.

On Wednesday afternoon, the handsome Pit Bull mix was abandoned in a crate with a bag of food and a piece of cardboard for shade outside a Wawa in Valrico, Florida. 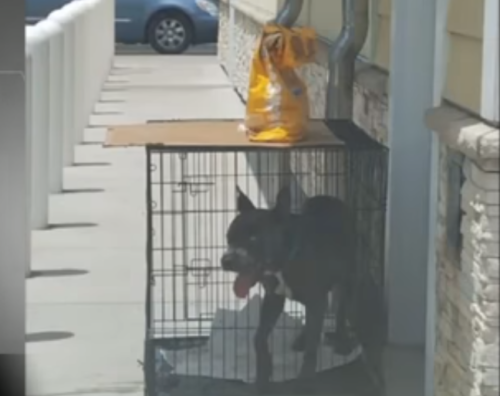 Customers rushing towards the soothing air conditioning of the store found him sitting in his wire cage, panting from the stifling 90 degree heat. The store manager contacted Hillsborough County Pet Resource Center, and animal control officers were dispatched  to investigate the situation. 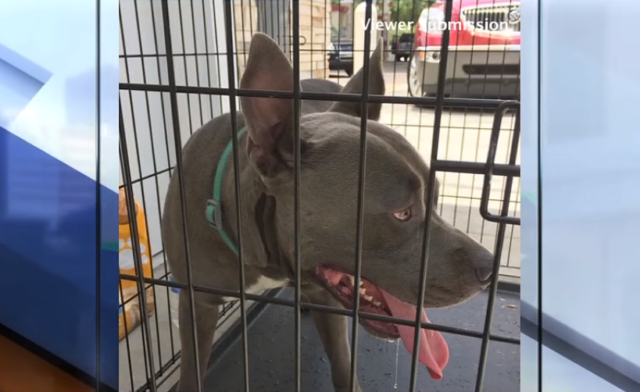 Although the dog – aptly named Wawa by his rescuers – was timid initially, an animal services worker described him as “quite friendly” to ABC Action News. Wawa did not have a microchip or tags. Once examined, he was found to be well-fed and in good health.

Shelter staff estimate that he was likely out in the heat for only about an hour – a fact that may have saved his life.