At just two months of age, Daisy found herself abandoned on the streets of Los Angeles, California.  She was born with a deformity in her elbows, her right shoulder, and front hips, which made walking nearly impossible. 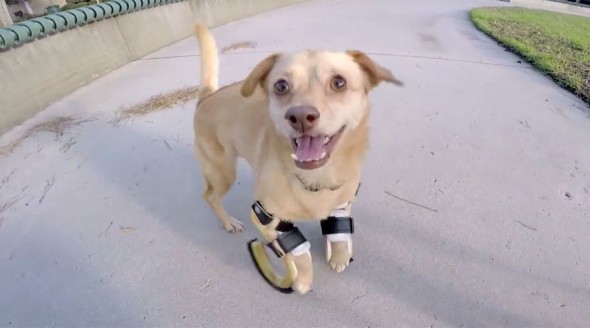 She was brought into a local shelter, and was facing euthanasia as most of the shelter staff had no confidence that she would ever get adopted.  That’s when A Home 4Ever Rescue caught wind of Daisy’s plight.

The rescue group not only managed to save Daisy’s life, but they also got her to a foster home.  She didn’t stay at the foster home very long.  She was eventually adopted out to a couple by the name of Sheena and Christian Maine.