About two years ago, Sabrina Plannerer and her partner purchased a gas station under construction in Mogi das Cruzes, Brazil. After purchasing the gas station Plannerer noticed a dog abandoned by his owner wandering around. 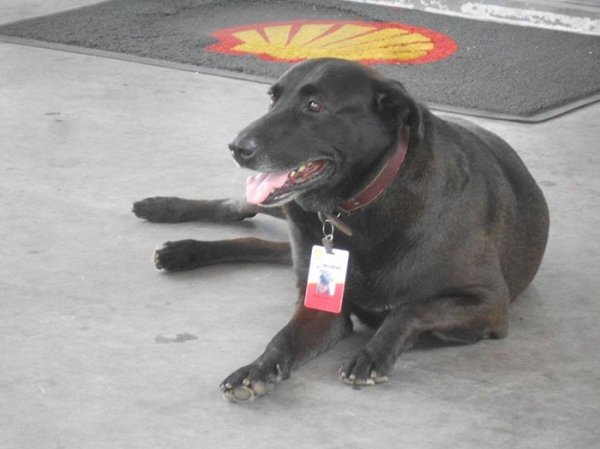 Instead of trying to get rid of the poor pup, she decided to do something awesome for Negão. 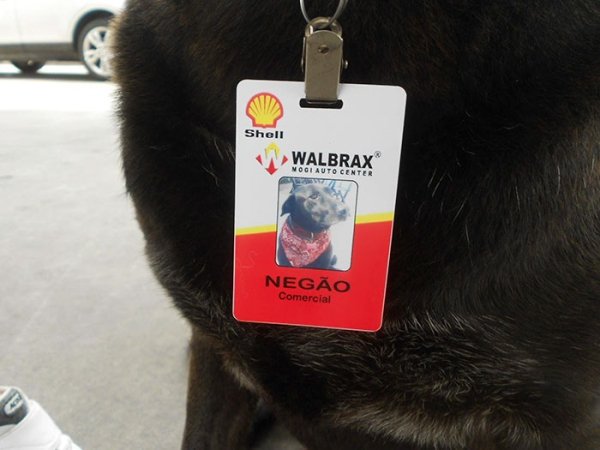 “We adopted him immediately and got him all the care animals need. We took him to the vet to get vaccinated and de-wormed. We bought him food, a dog house, and a leash to take him on walks,” Plannerer told The Dodo.

Not only did they adopt Negão, they gave him a full-time job as the station’s greeter. 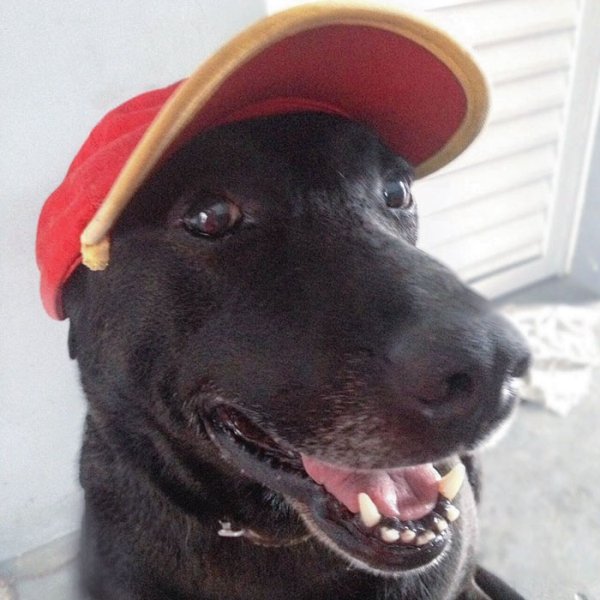 “Negão waits for people to arrive, and then goes up to say hello, winning them over with his charms,” Plannerer says. “Customers love him. Some people even bring him toys.” 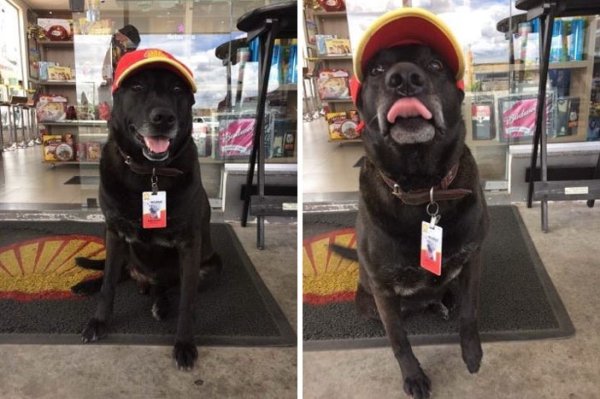 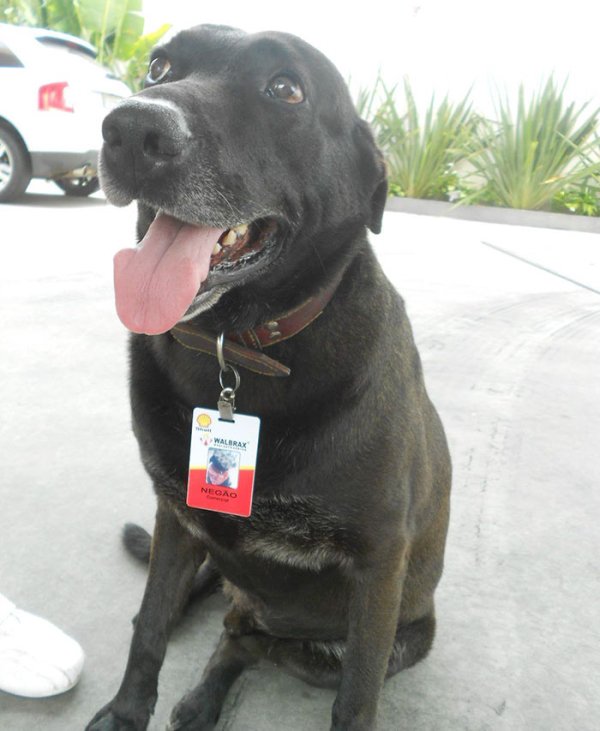