The pink doghouse wasn’t hard to miss, but thankfully someone found her when they did. The dog was abandoned in her little space on the side of a road in a remote area in California, and she waited there patiently for someone to save her.

The Good Samaritan who spotted the abandoned dog called local law enforcement to report the incident. And the responding officer took the dog to the Santa Cruz County Animal Shelter (SCCAS), and the pup was grateful to be alive and safe. 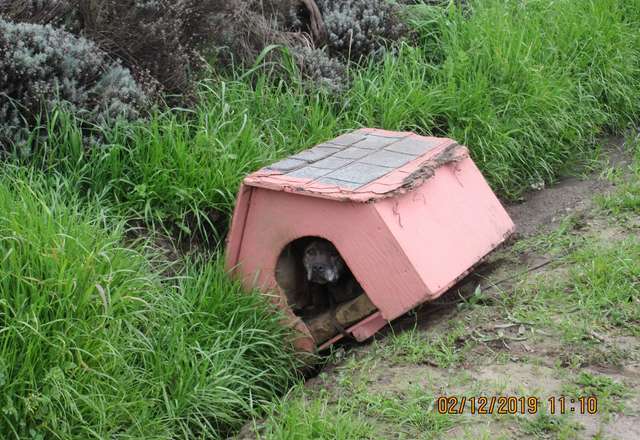 The staff at the shelter learned the dog’s name was Pebbles, and the officers were able to track down her owner. But they discovered her owner gave Pebbles up when he became homeless about a year ago. 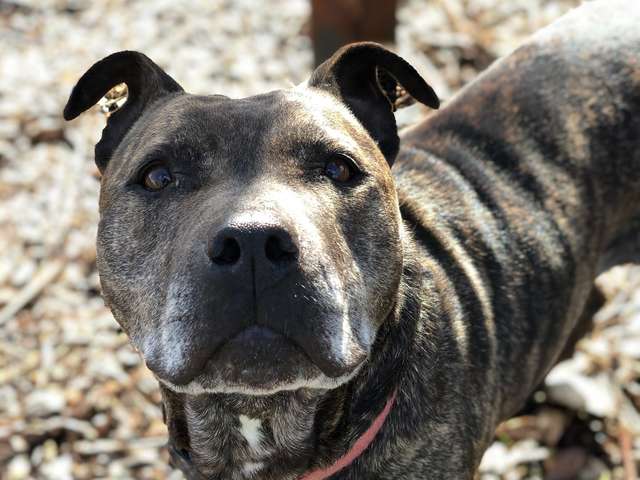 Pebbles now has a roof over her head and is receiving the love and care she needs. But the nine-year-old dog is still searching for her forever home. Everyone she meets says how sweet and beautiful she is! 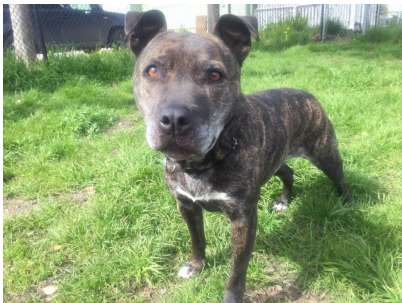 The SCCAS wants to take a moment and use Pebble’s story to remind people who are struggling that there are better ways than dumping a pet.

“The Santa Cruz County Animal Shelter is an Open Door Admission Shelter and we take in any animal free of charge without questions asked,” they said on Facebook. “Abandoning an animal is a crime and can cause unnecessary suffering to the animal. If you have an animal you no longer want please surrender him or her to the shelter.”