Magnolia, a senior Shih-Tzu, was abandoned in a home and left to fend for herself for nearly a decade. And she definitely looked like it. With no one to care for her, she had become so matted she couldn’t even see. But she was about to start a brand new life. 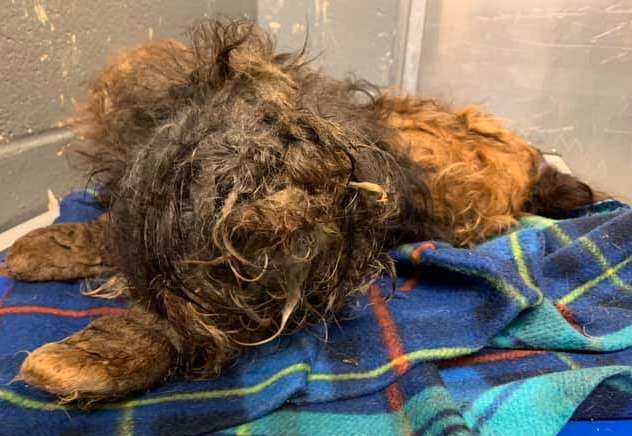 The dog was taken to Lancaster Animals Shelter in North Carolina who contacted the Lancaster SPCA for help with her medical care. The president of the LSPCA, Diana B. Knight, came forward to foster Magnolia.

The poor girl hadn’t been groomed in years, and under that fur was the sweetest dog ready to escape. After a haircut, the old girl was able to jump and run around like a puppy again. No one could’ve known the big personality that was hiding under that mess all along.

Magnolia is very sweet and lovable toward everyone she meets. She just wants to be around people, so it’s hard to imagine why anyone may have abandoned her. But now with her foster family, she’s receiving all of the love possible just waiting for that forever home. 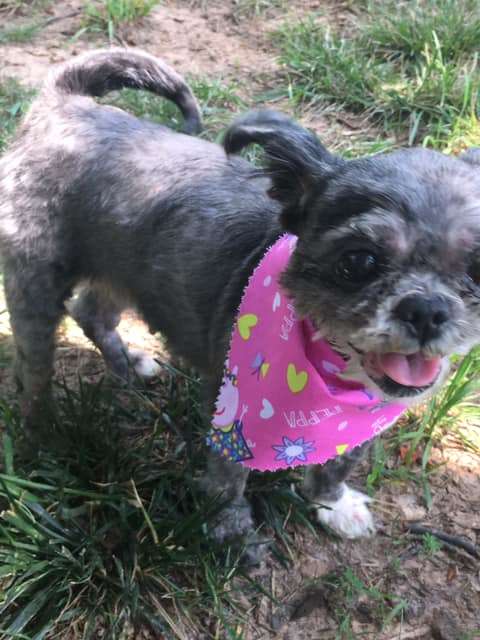 After spending 9 or 10 years neglected in complete filth, Magnolia is enjoying life by going on car rides, playing with toys, and taking walks. She’s being spoiled to make up for lost time. 🙂

The dog has some recovering left to do physically and mentally, but they believe the Shih-Tzu has plenty of years left to spend with that perfect family. You can apply to adopt her here.