Javier Peña Naranjo never thought any of his neighbors – let alone his family members, would call the cops on him, but that’s just what happened after many witnessed how he abused and tried to kill his own dog. His own niece, 19-year-old Margarita Gutierrez, rescued the dog and called the cops on her uncle. Thanks to the brave teenager, the badly injured dog was saved and the man spent some time in jail. 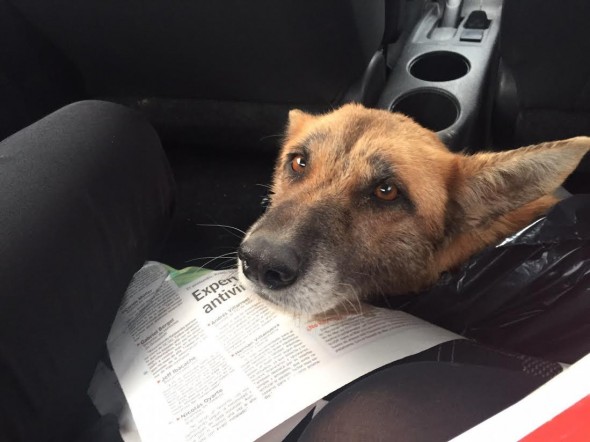 The 45-year old man had a female dog tethered in the backyard all her life, he hardly fed her and the abuse happened on August 11, 2015, when the dog chased and killed a few chickens the man had in the yard. In the rage, the abuser beat the dog, slashed her neck by pulling her by the wire tether, then stuffed her in a sack, tied it, and dumped the dog over a nearby bridge and into a river in Pudahuel, Chile.

When the abuse started Gutierrez, along other neighbors heard the dog’s cries and witnessed the abuse. The rescuer couldn’t believe her uncle was abusing the dog in that way and when she saw him throw the hurt dog into the river, she went after the pet. The dog was almost lifeless, but Guitierrez performed CPR and revived her.