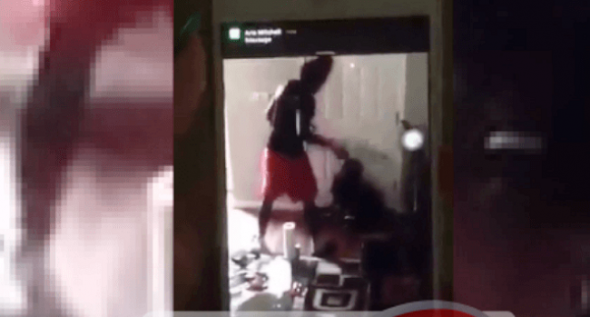 Baylor Football announced Tuesday Ishmael Zamora, the player that beat his Rottweiler repeatedly with a belt on a video released to social media, will be suspended for three games by the university.  Zamora’s actions resulted in a Class “C” Misdemeanor citation from City of Waco Police, resulting in the University and athletics administration subsequent disciplinary actions.

Jim Grobe, Acting Head Football Coach, was quoted in the University’s press release saying, ““Our football program does not condone this behavior by anyone. We are deeply saddened by it and have worked together with the University to hold Ishmael accountable for his actions.”

The official Baylor Statement On Sophomore Wide Receiver Ishmael Zamora also states that Zamora is required to do 40 hours of community service that ” will each him kindness and respect toward animals,” partake in counseling, and the dog must be given up to an animal-friendly home, in addition to the citation and game suspension.  However, Zamora will be permitted to practice with the team, as long as he is meeting the dictated provisions as related to his actions.

“I am sorry that I took out my frustration on my dog and accept the punishment that comes with it. This incident will never, ever, happen again,” Zamora said. “I truly love my dog, however, I know that my actions showed differently and I know that I made a big mistake.

“I apologize to my family, teammates, Baylor University and our fans for my actions,” he added.

“Eventually, I hope that everyone can see who I really am and that I am not a terrible person. This incident does not and will not define me, and I know that I am the one who will have to prove that to others in the days ahead.”

Baylor Vice President and Director of Athletics Mack Rhoades said, “Ishmael’s behavior toward his dog is disheartening, and is not condoned. We believe with proper counseling and training Ishmael can learn from this and I expect that of him. I’ve conveyed to him my expectation that his actions and his service will illustrate his commitment to change.”