Kay Hyman had worked at animal shelters for over 20 years. During that time, she had never met a dog quite like Gumby before. Despite being a beautiful and sweet dog, the Hound-mix could never seem to find his forever home. 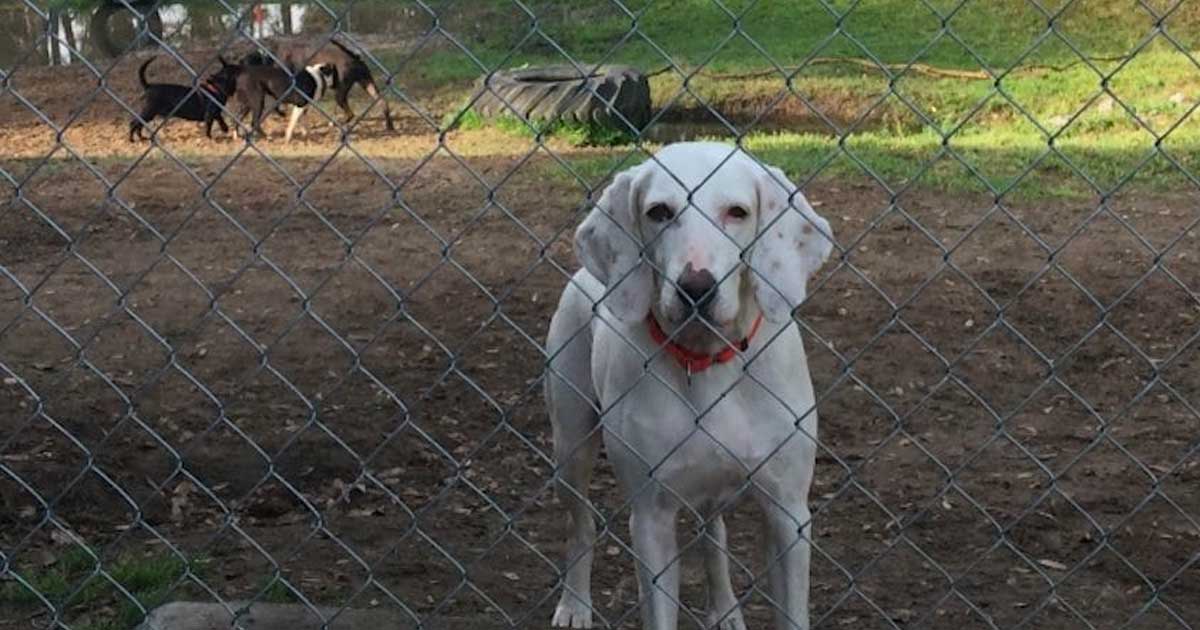 Gumby was returned to the Charleston Animal Society shelter 11 times. Not because he was mean or too aggressive, but because he was too energetic and had a tendency to escape. 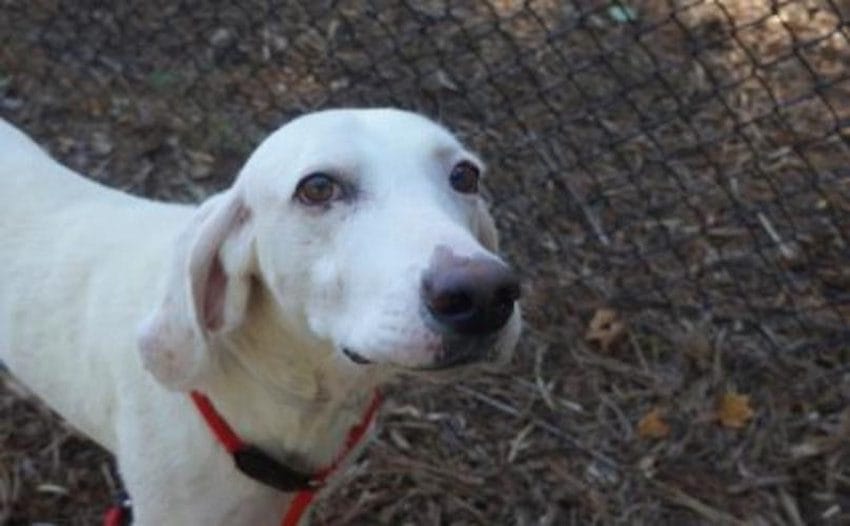 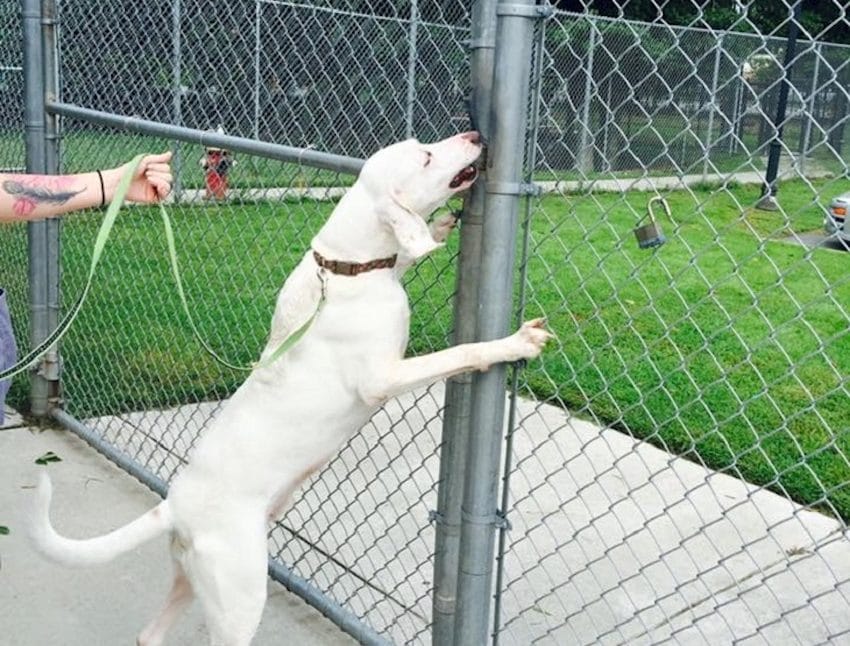 Hounds are known to be stubborn by nature and Gumby certainly fit that bill. He was an amazing escape artist that just refused to stay put. People couldn’t deal with this professional escape skills and would return him. Or, he would be found as a ‘stray’ and the owners could never be tracked down.

The very first time that Gumby was brought to the shelter, he was healthy and fit. It was obvious that someone had taken care of him. When the owners never came forward, Gumby was quickly adopted again. After all, he was a very lovable and sweet dog.

After being adopted for the second time, the shelter was shocked to see him back after only three days. 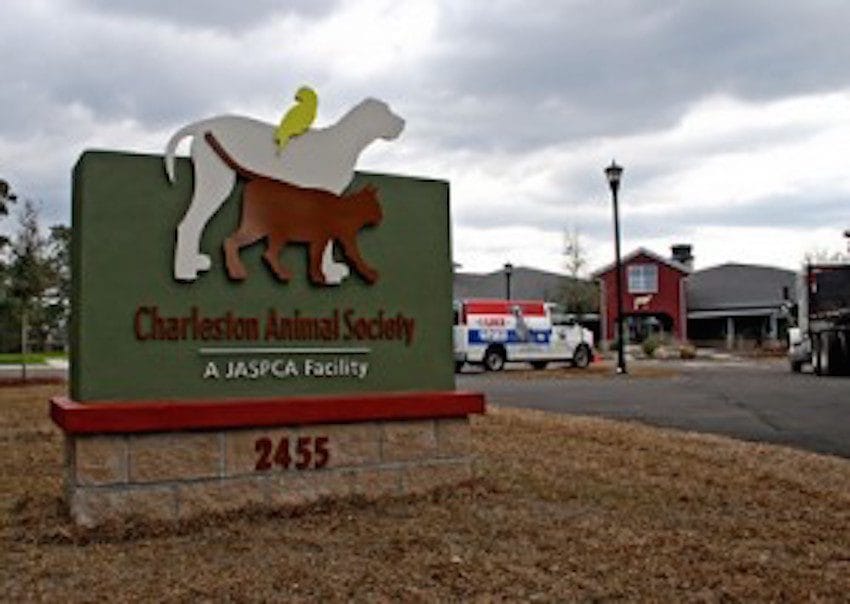 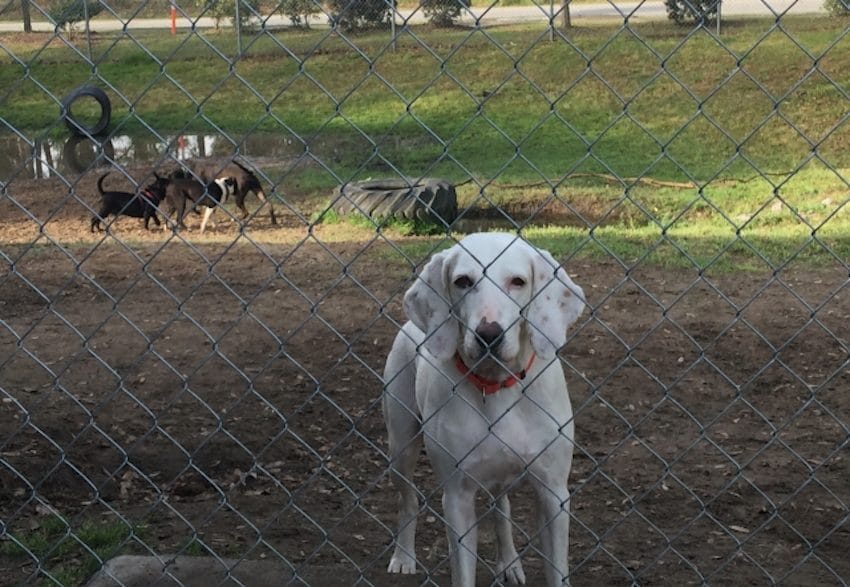 Soon, Gumby was adopted once more but that family didn’t stick either. He was back once more. This time — in six days. During his stint with the third family, he was brought to the shelter four more times. All because people kept mistaking him for a stray. He just kept escaping!

The adopted family finally decided that they couldn’t keep Gumby. They just didn’t have the amount of space for him to run free and feel happy. He was clearly a wild soul! Once again, the sweet Hound was back at the shelter.

A fourth family came and went. Soon it was 5, 6, 7, 8, 9, and 10. One family said Gumby destroyed her screen door in order to get out of the house. None of his families ever stuck.

After being returned for the eleventh time, the shelter had an epiphany. They knew exactly what Gumby needed. They decided that it was best if Gumby became their “staff dog.” Oddly enough, once he was at the shelter, the adorable pup never wanted to run away. He felt at home there. 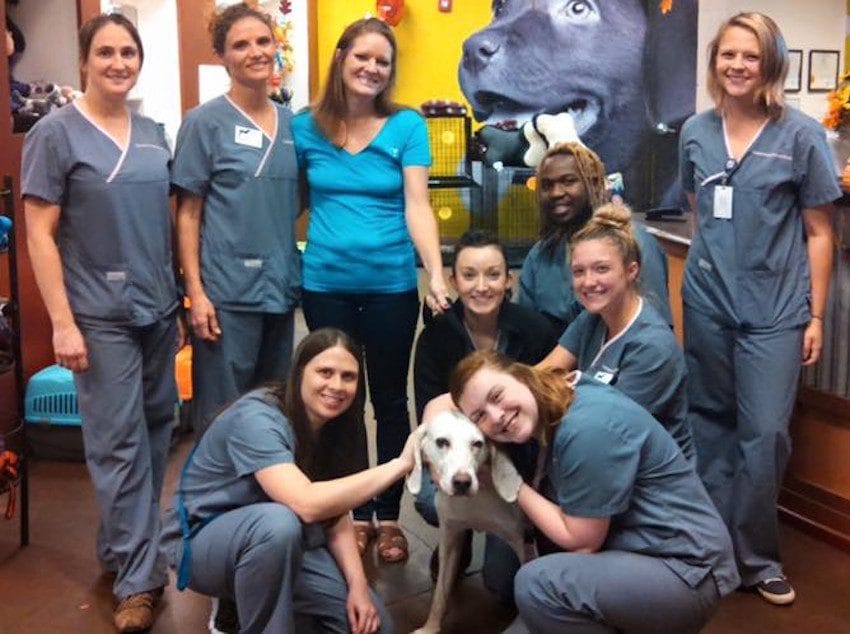 “He plays with over 50 dogs a day has all the toys treats and food he can ask for and we love him like he is our own dog!” Hyman says.

The staff also realized that Gumby was wonderful with other dogs. He would return to help comfort the anxious and scared new dogs of the shelter. He would help them adapt to their new environment. He became the in-house “therapy dog.”

Gumby couldn’t be happier in his non-traditional forever home. Oh, and he’s also a hero to sick kittens. Check out the precious video below.