Edna has been attending doggie daycare for as long as she can remember, and her routine has always been the same.

She starts off her day running around and playing for a couple of hours. Then, when her energy’s all spent, little Edna moves on to secure a comfy spot for her to rest. But with so many other dogs around, finding the comfiest napping spot always proves to be a challenge,  so Edna quickly came up with her own personal solution.

As soon as she decides it’s naptime, she finds the hairiest, softest dog in the nursery, befriends them, then uses them as her own personal pillow. 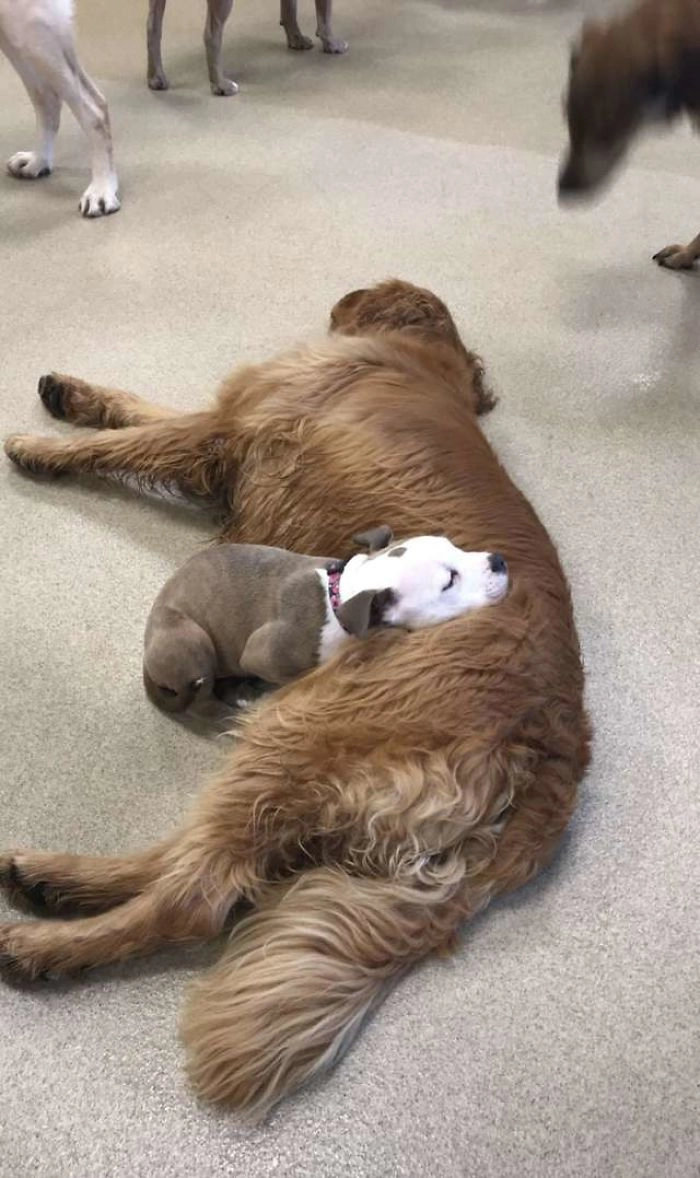 Her technique never seems to fail her — but if you’re as brave and fearless as Edna is, there’s no mountain too high. 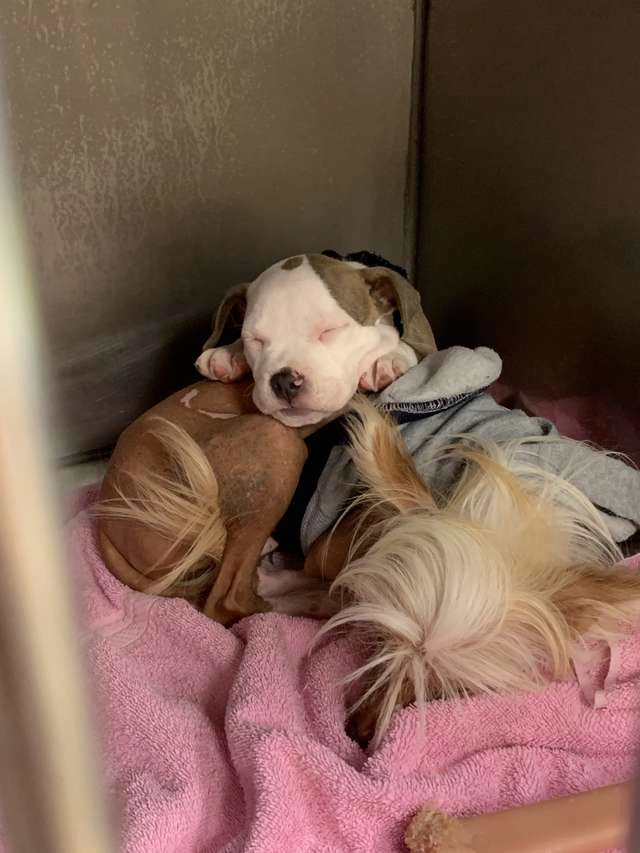 Edna does not discriminate either, so whether the dog is big or small, she still naps on them, and most of them don’t seem to mind at all. 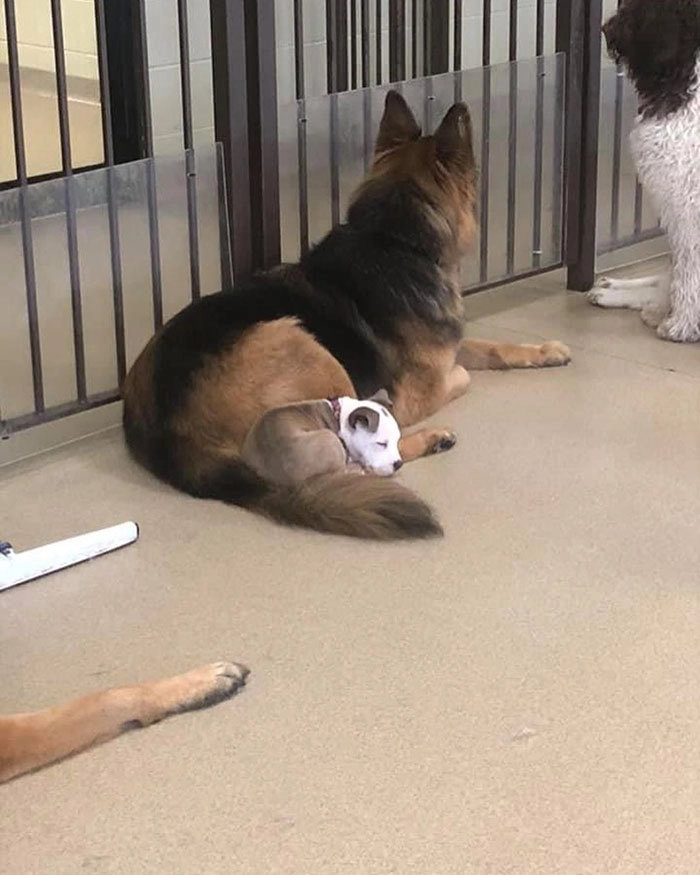 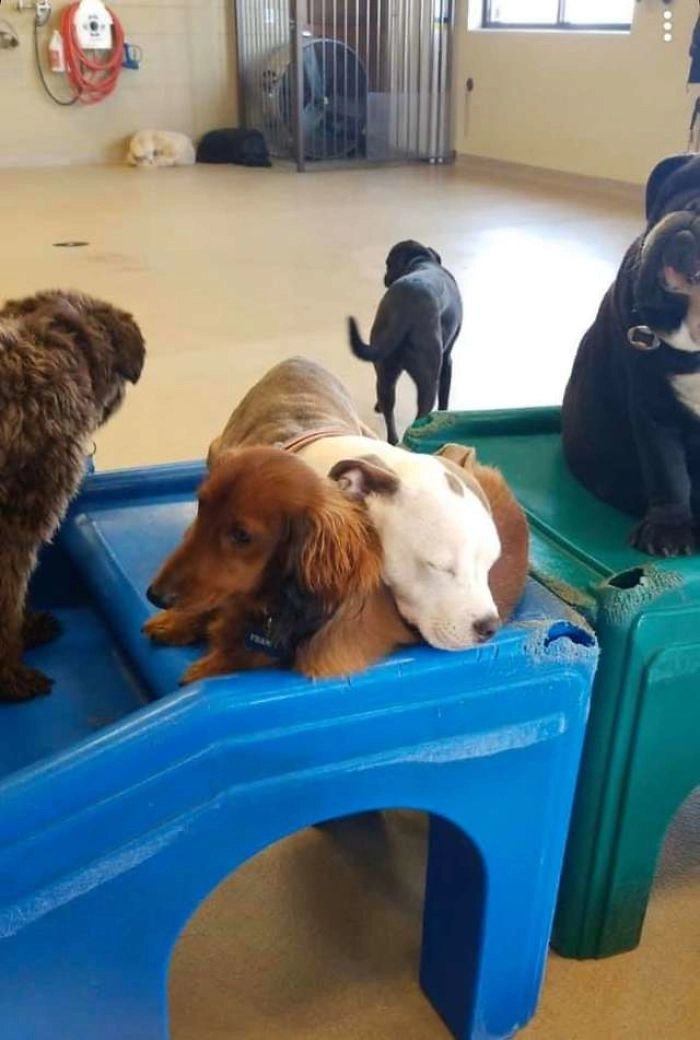 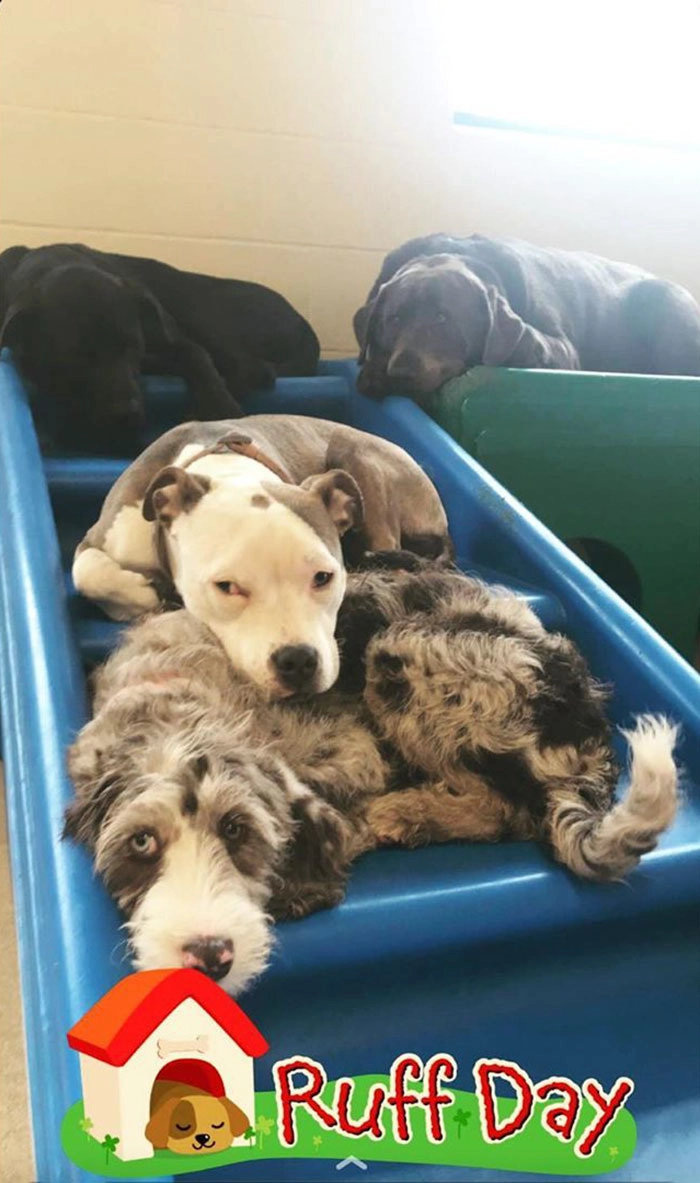 In an interview with The Dodo, Brianna Gottfried, Edna’s mom said, 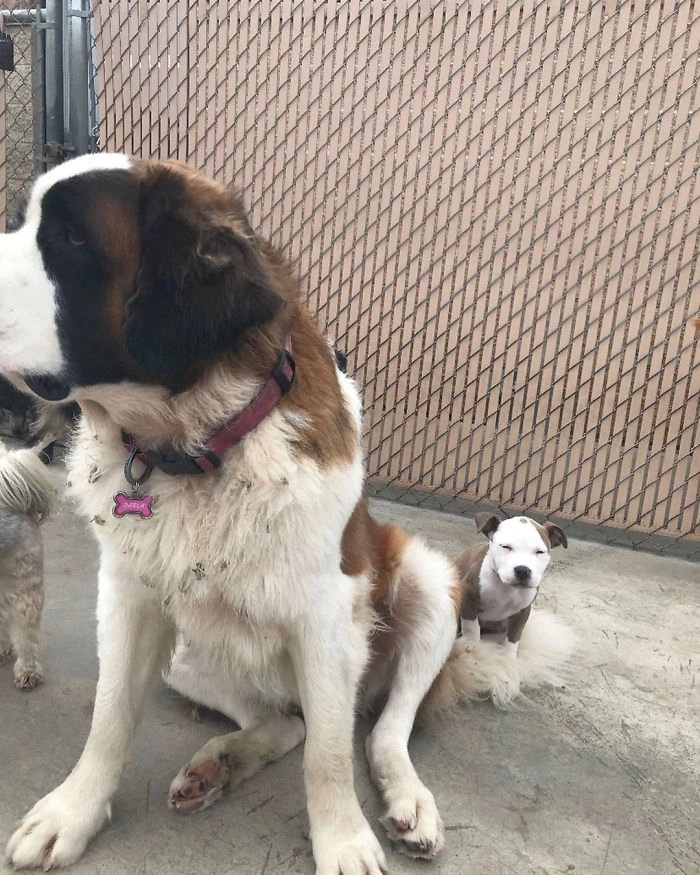 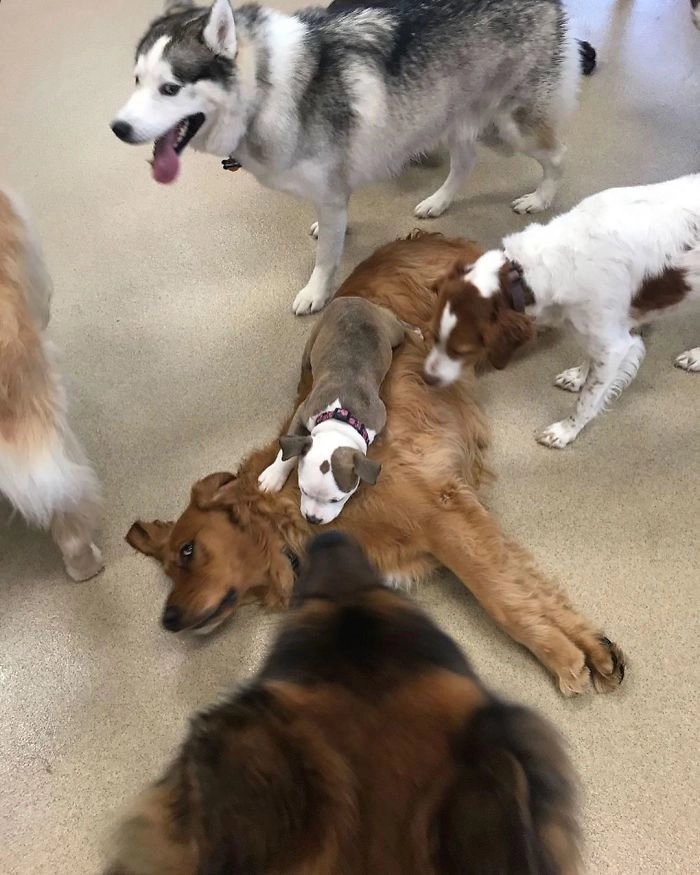 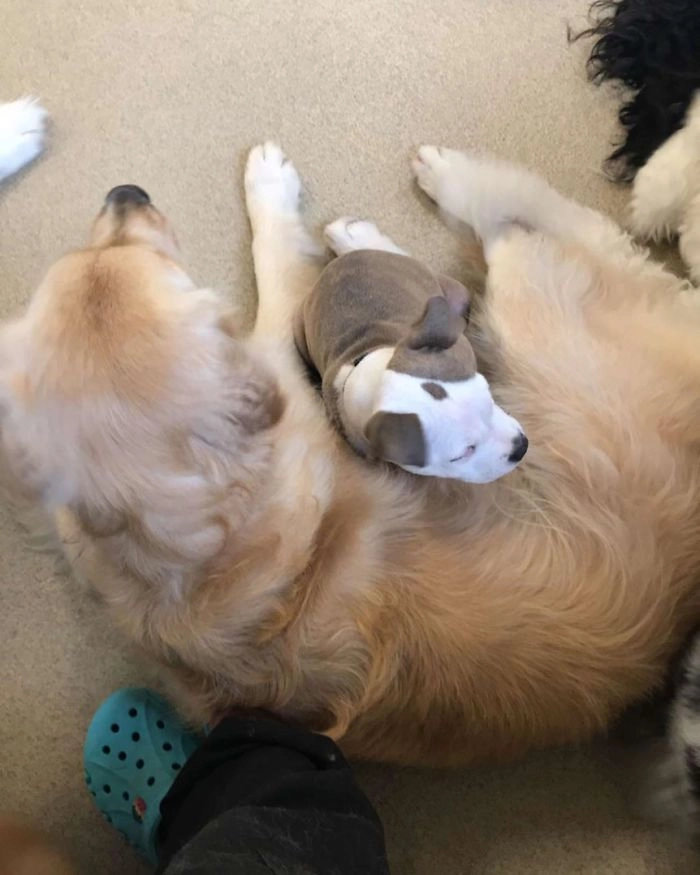 Naturally, when Edna was still a small puppy, it was much easier for her to nap on other dogs. But even now that she’s gotten bigger, Edna refuses to stop doing it. She just loves a snuggle too much, and daycare is her perfect opportunity to do it as much as she likes. 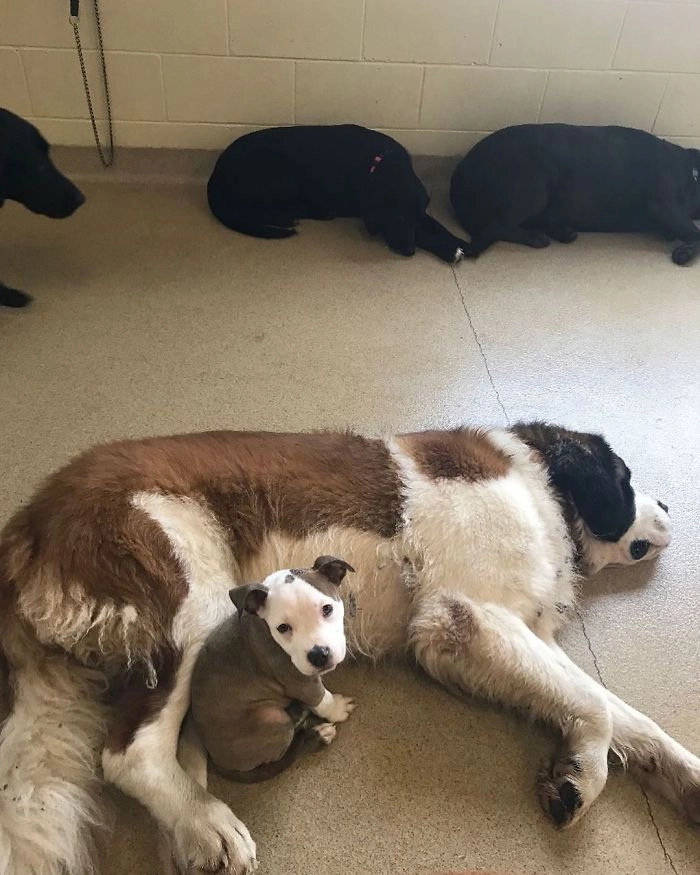 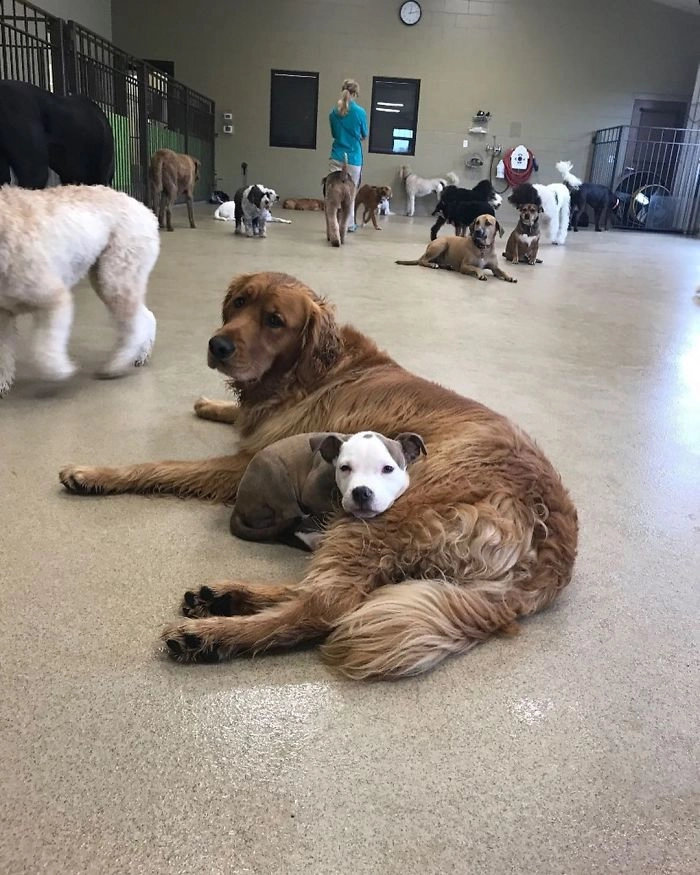 When it’s finally time to go at the end of the day, Edna is usually still fast asleep on one of her friends, and it takes some effort to wake her up and get her home again.

“When it’s time to go home I always have to peel her off of another dog,” Gottfried said. 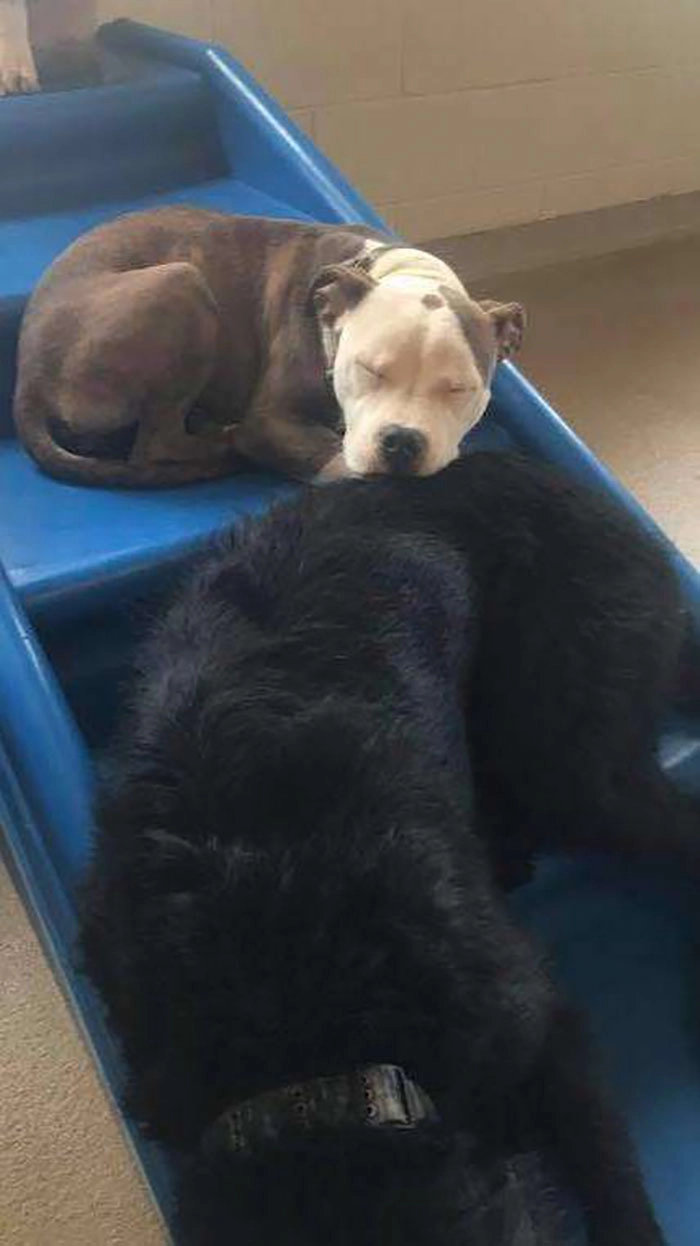 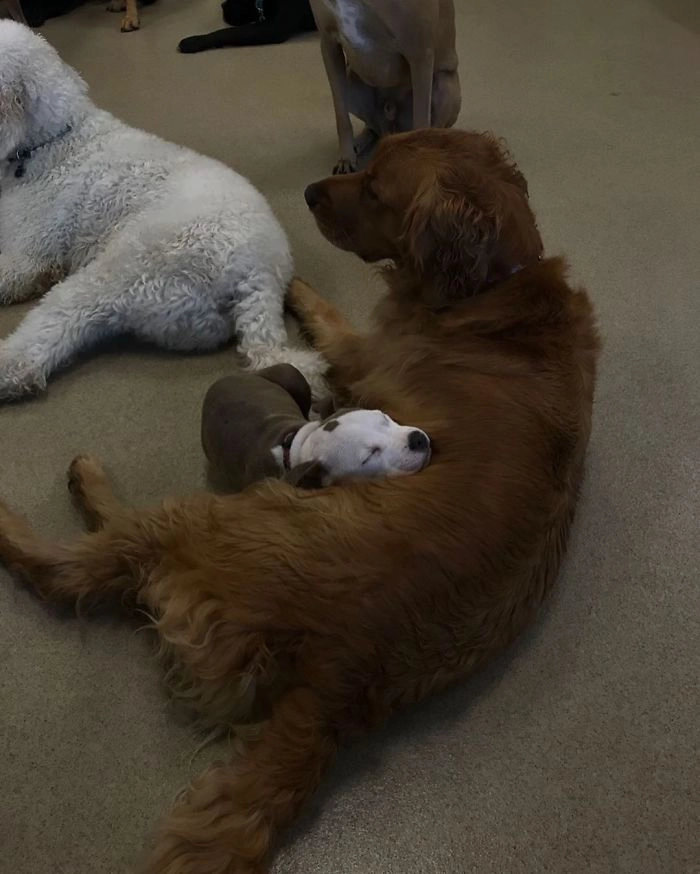 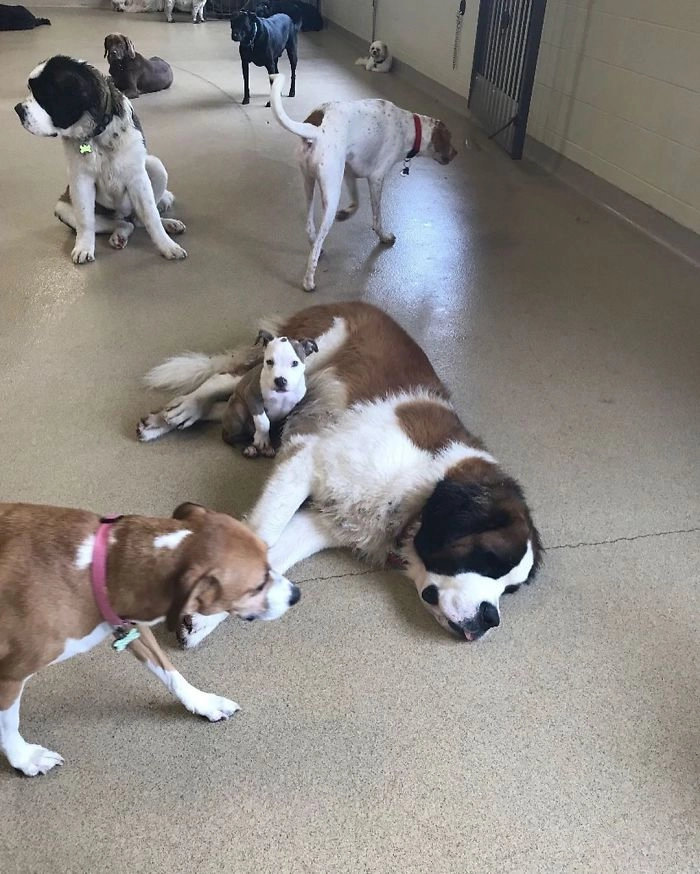 Edna absolutely loves to play, but when she’s spent and can’t do that anymore she loves to nap — and all of her daycare buddies are more than happy to help her do just that.