It’s not often you get to meet your hero, but one dog recently had the opportunity to do so. And he took full advantage of it and didn’t hold back! He was so happy and excited to run into Chewbacca on the street, and the two took a moment to observe their similarities in the surprise meetup. 🙂 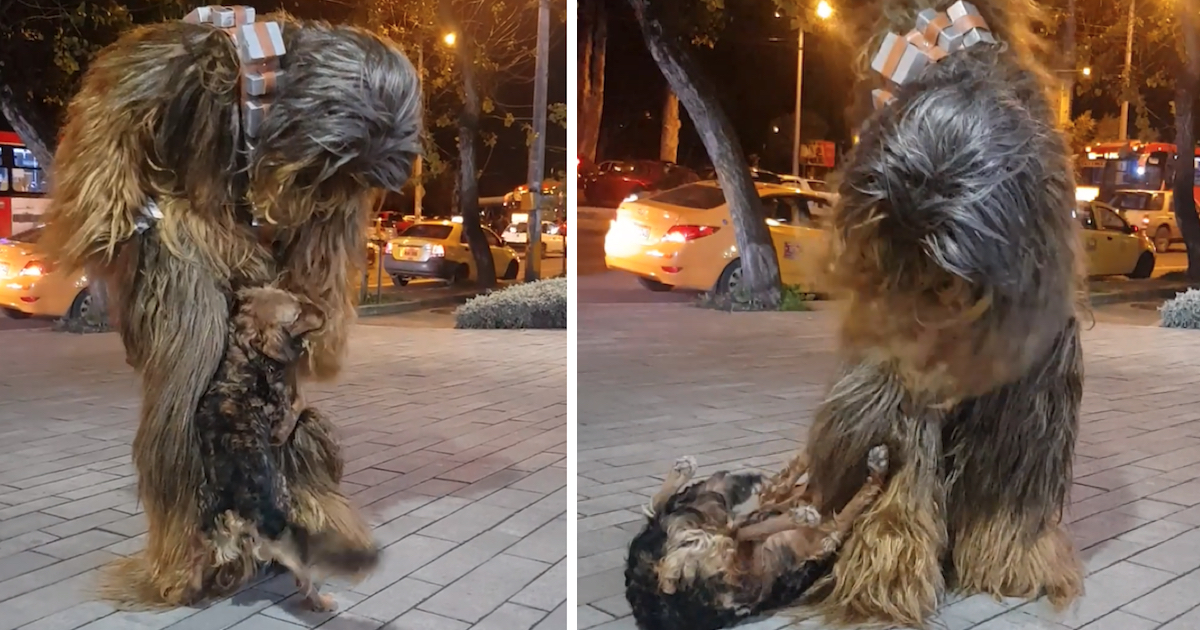 People were out in costume in front of the University of Azuay to celebrate a Halloween party when the street dog spotted the Wookie and approached with great excitement! Chewie seemed to strike a chord with this dog, and I can see how the dog would take to him as they have basically the same fur style! 😉

The clip went viral, and the stray dog was adopted by some professors at the university in which he now gets to call home. How amazing!