A couple out for a picnic caught an unusual sight when they spotted a dog and a dolphin swimming together and having a lot of fun.

Fortunately they videotaped the incident that took place in Glenelg, South Australia.

“My partner and I were having a picnic around 8:00 pm along the Patawalonga Creek, as we heard someone calling out their dogs name,” the videographer explained to ViralHog. “I looked down at the water and saw a Black Labrador swimming in the middle of the creek. At second look, there was a dolphin and the black lab was paddling along after it as if they were playing and getting along.”

The person went down to the water’s edge to get a better picture.

The Labrador can be seen swimming after the dolphin, whose dorsal fin is above the water. 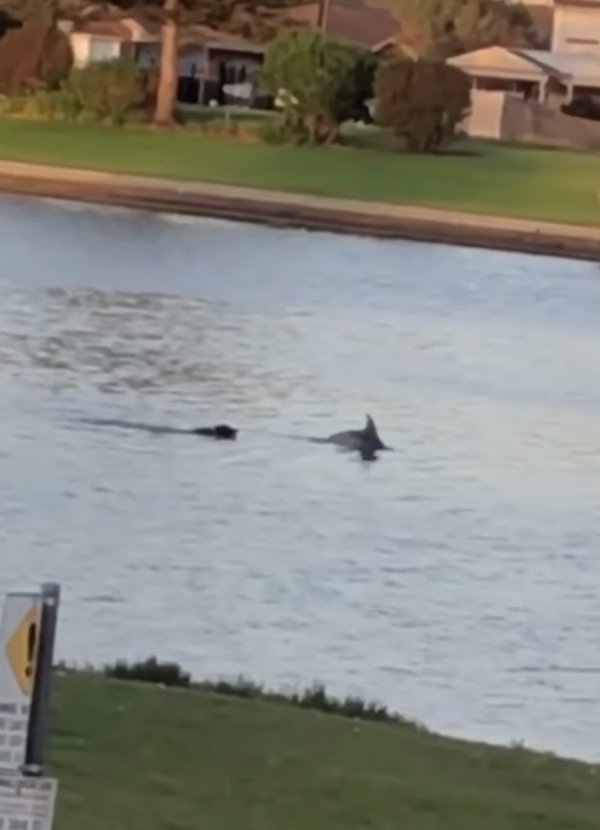 At one point in the video, the dolphin dips under the water only to playfully leap in front of the dog!

“He [the dog] finally decided to make his way back to his owner and as he was swimming back, the dolphin took a twirly charge at the dog and threw himself back the other way and flew graciously over the dog in a playful manner.” 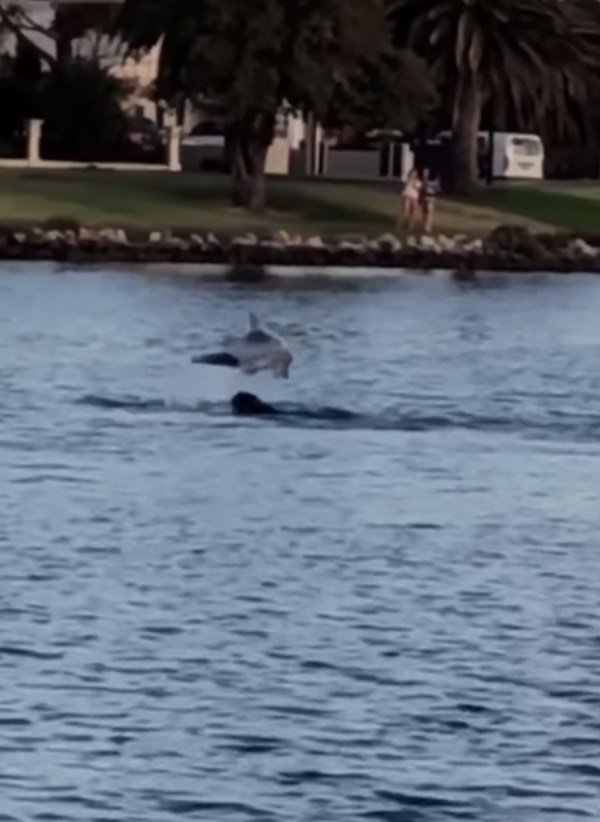 “It was a very happy and exciting moment to experience. The dog arrived safely back in his owners presence as the on-lookers cheered him on.”

Watch the amazing impromptu play-date in the video below.