A mother dog who was abandoned with her puppies on a rural road in Ireland is now safe thanks to a Good Samaritan. Photos released by the Irish Society for the Prevention of Cruelty to Animals (ISPCA) show the dog chained to a gate with her puppies suckling at her belly. The heartless act has outraged dog lovers. 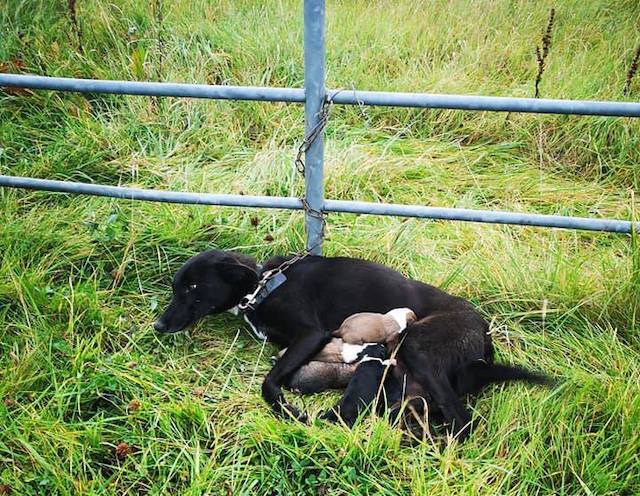 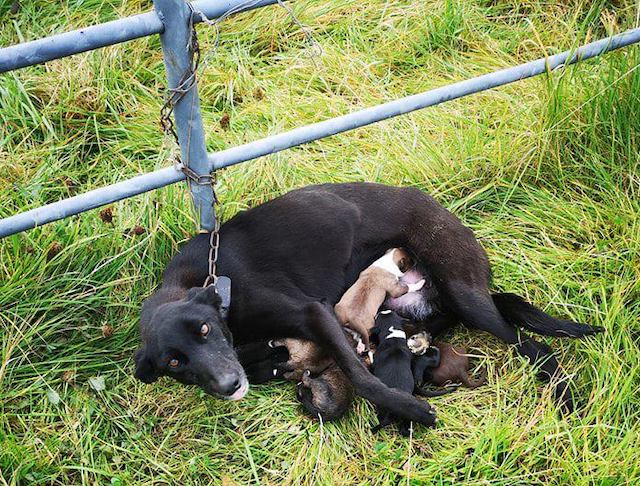 The dog, suspected of being a lurcher, was brought to the ISPCA National Animal Centre in Longford, where she and her puppies were examined by vets. They were cold and hungry but were otherwise in good health. 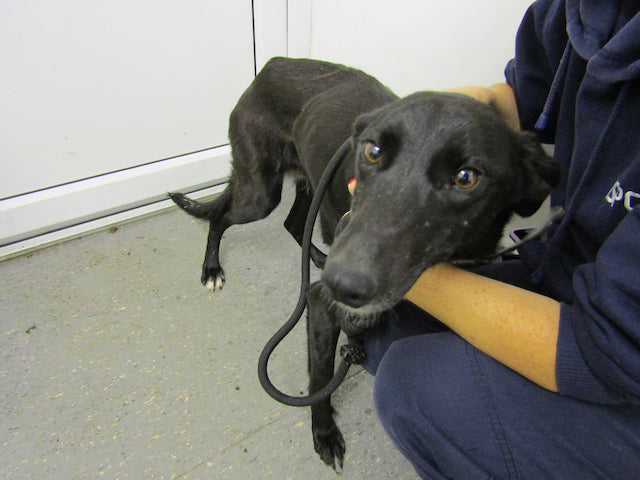 “Leaving a young dog only two years old tied up without water, food or shelter most definitely put her along with her young puppies’ lives at risk, ISPCA centre manager Hugh O’Toole said in a statement. “I don’t understand how anyone can think it is okay to leave a dog tied to a gate to nurse her puppies.”

Although it is a legal requirement for dogs in Ireland to be microchipped, the mother did not have one. How long she and her puppies had been left alone is unknown and the authorities currently have no leads.

The dog has been named Emmy Lou and her six puppies have also been named: Billy Ray, Dixie, Dolly, Dotty, June and Patsy. They will all be staying at the shelter until the puppies are weaned and only put up for adoption in the New Year. 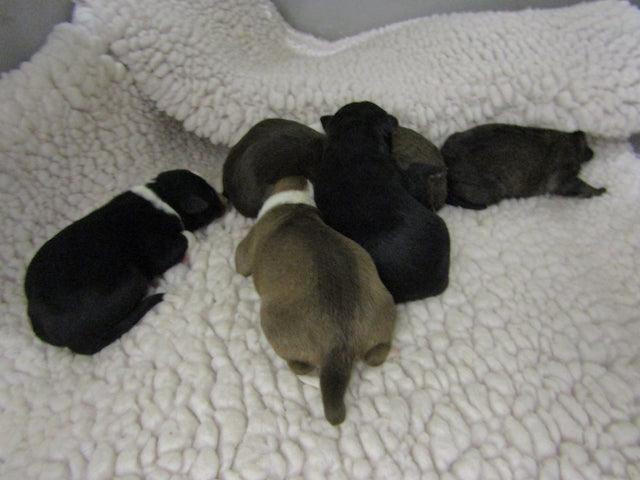 To support the ISPCA and the animals in our care, you can make a donation at their website.
Read more at https://www.dogheirs.com/dog-and-puppies-dumped-on-side-of-road/#qKvYxtOlfOXPiEzQ.99