On December 25, 2015, a 47-year-old pet owner from Estivella, Spain, went on a pleasure walk near the Garbí Viewpoint. The man took his four-legged best friend named Portos along on the nature hike, but after taking a wrong turn, the two of them got stranded on a rocky cliff and needed professionals to come to their rescue. 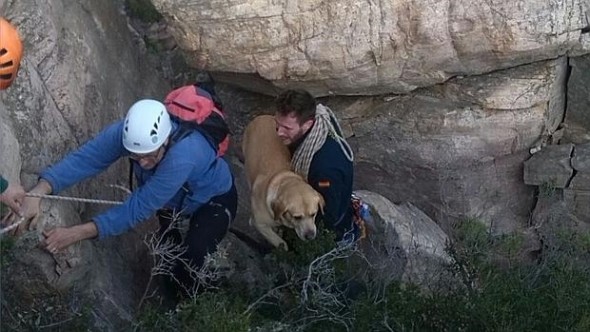 According to ABC Spain, area firefighters learned about the stranded man and his pet around 1:00 p.m. A rescue unit was dispatched to the area and rescuers spent two hours searching for the hiker and his dog. 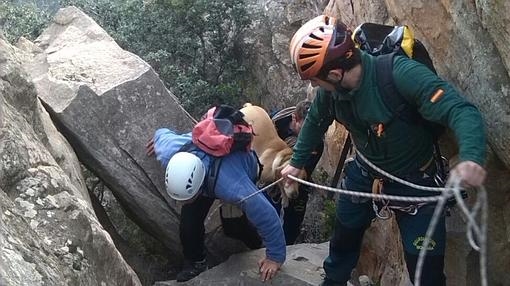 Once the stranded duo was found, rescuers use ropes and mountain climbing equipment to reach the man and the pet. Professionals carefully descended several feet of treacherous rocks to get to them, and after securing them to a life line, everyone carefully climbed up and out of the dangerous cliff.

Portos and his owner were not injured on their nature walk, after thanking rescuers they headed home and finished celebrating Christmas.