Dogs are part of the family and it’s hard to imagine treating them as lesser. Sadly, many dogs are faced with owners who are negligent or downright abusive.

That was the case for Salvatore, a 5 or 6-year-old Black Mouth Cur mix. 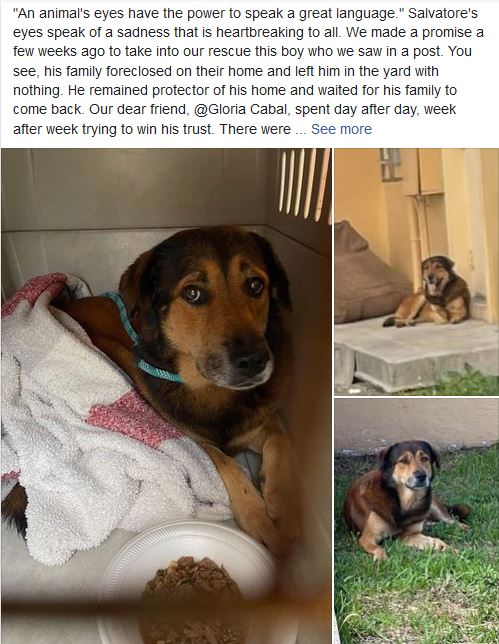 Salvatore was rescued by the Everglades Angels Dog Rescue after his family left him behind.

The rescue shared on Facebook that Salvatore’s old family forclsoed on their home and left him there in the yard. The dog was left with nothing, but he stayed faithful and sat in the yard for two long weeks in hopes that his family would return for him. 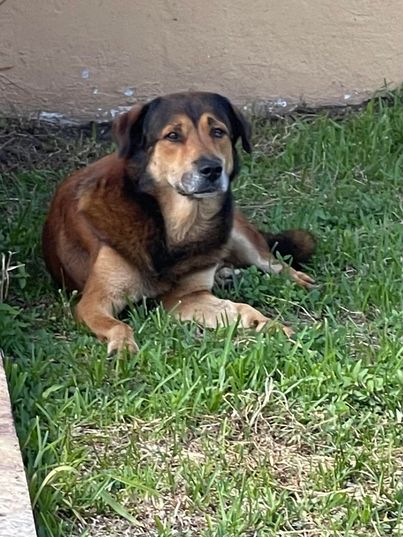 Staff at the rescue were heartbroken for Salvatore. It was evident that he loved his family and hoped they’d return for him, but the rescuers knew that wouldn’t happen.

They fixed Salvatore up with dental work and got him neutered, dewormed, and vaccinated. Gloria Cabal, one of the people who helped get Salvatore off the streets, shared on Facebook that Salvatore is a “sweet boy” who just needs a little time to warm up. The vet used ham to build trust with the dog and that seemed to do the trick! 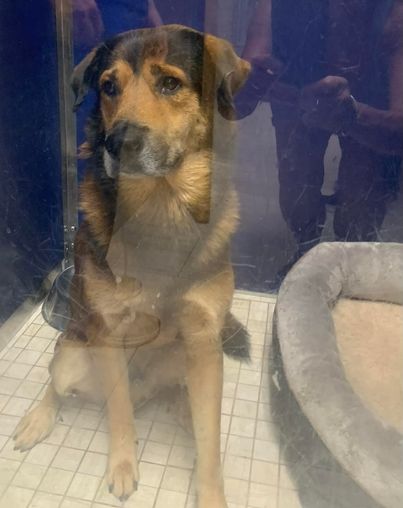 While Salvatore was a little hesitant to trust people at first, it wasn’t long before he became the sweetest, cuddle bug!

The rescue was thrilled to announce that Salvatore found a loving forever home with a man named Chris. They thanked Chris on Facebook, saying, “Now, Salvatore has an amazing family to call his own, one that will never abandon or discard him. Thank you Chris for opening up your heart and home for this sweet boy.” 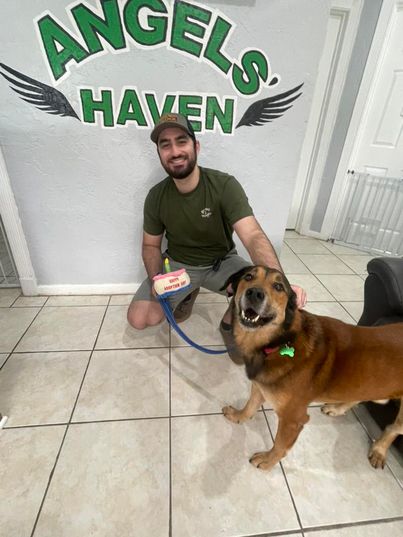