As a firefighter, when you go into work, you never know what to expect. For Bill Lindler, this heroic rescue was about to change his life. On the day of Jake’s rescue, Bill noticed some smoke coming from his neighbor’s yard. The residents were yelling that their puppy was in the building. Bill then ran back into his house and grabbed some of his fire fighting gear and ran back to his neighbors yard. 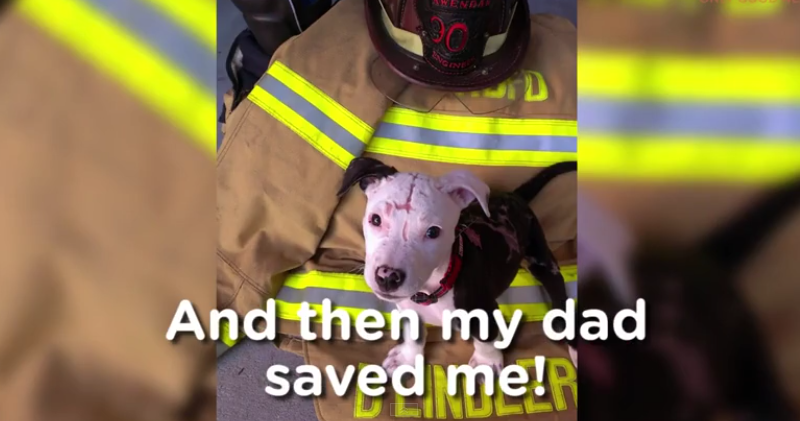 Inside the burning shed was 3 weeks old Jake, a Pit Bill mix. He suffered burns on 50-75% of his body. 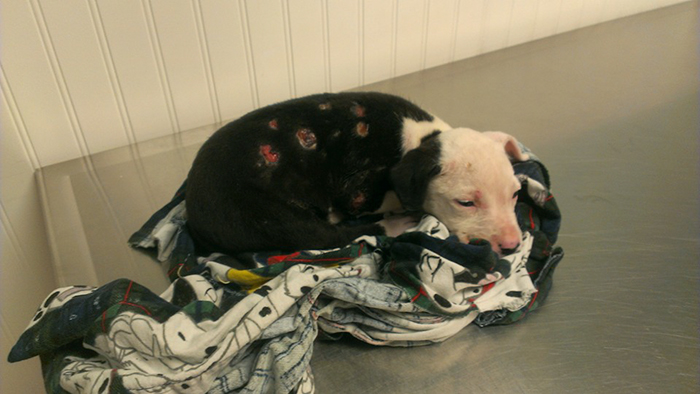 He was in rough shape when Bill found him, but after being taken to a local clinic for treatment, he was ready to find a new home. His previous owners had abandoned him at the vet as they couldn’t afford to pay for his care.

Bill and Jake formed a tight bond, so when Bill heard the news, he knew he had to do something about it.

With the help of the Hanahan Fire Department in South Carolina, and Bill’s family, Jake recovered quickly. 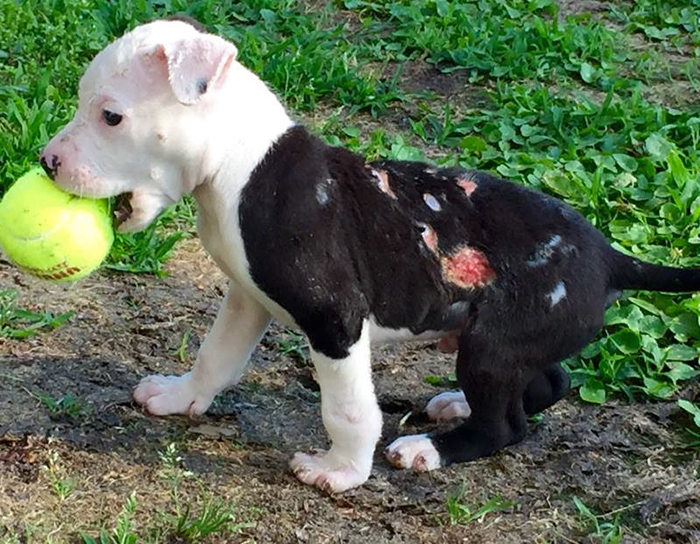 In December 2015, Jake the Fire Dog became an official member of the Fire Department.

He now goes to schools to help kids learn about fire safety. 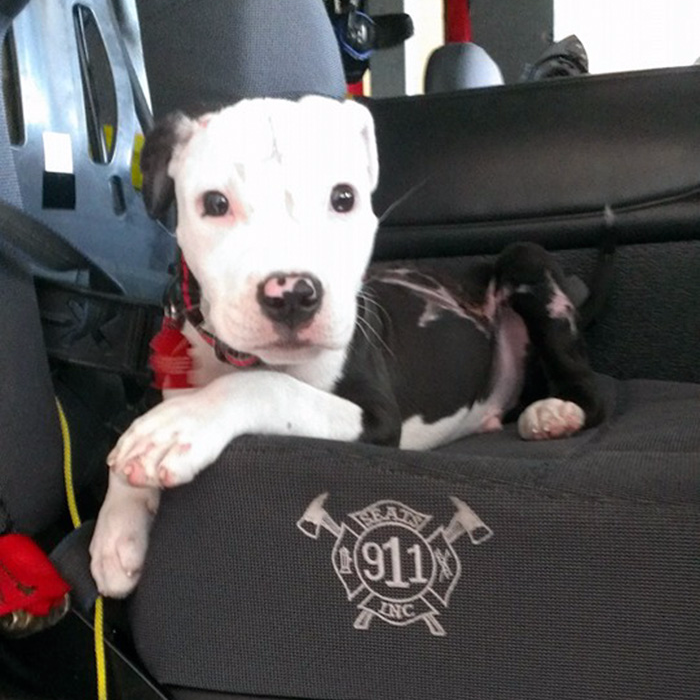 “I would honestly like to get him certified to be a therapy dog for burned children” Bill said, “But [I] have changed gears and we are focusing on training him to be an Arson Detection Dog” 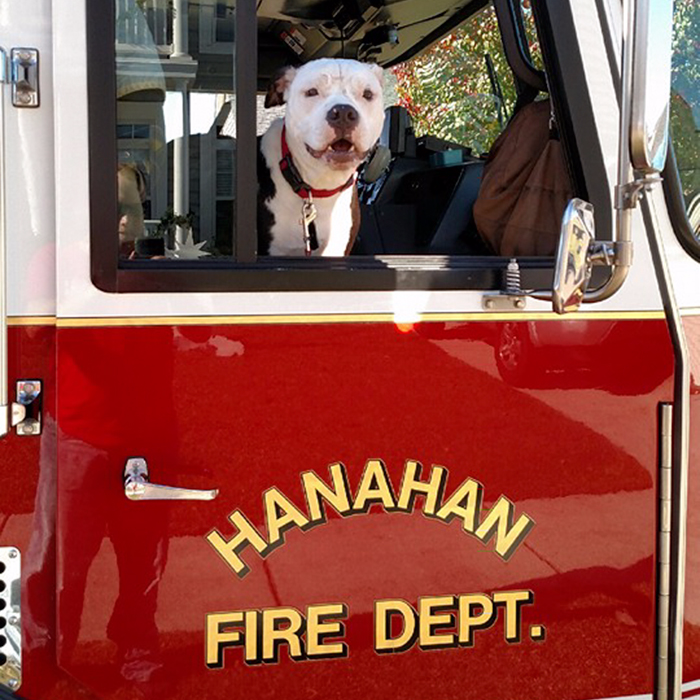