Sometimes police officers demonstrate that they’ve got a clear head on their shoulders. Geoff Wightman called Round Rock Police when he noticed a disturbance in his neighborhood. Geoff, a war veteran, told the dispatcher that his four year old son and his dog, an Australian Shepherd named Jilaroo, were at home with him. 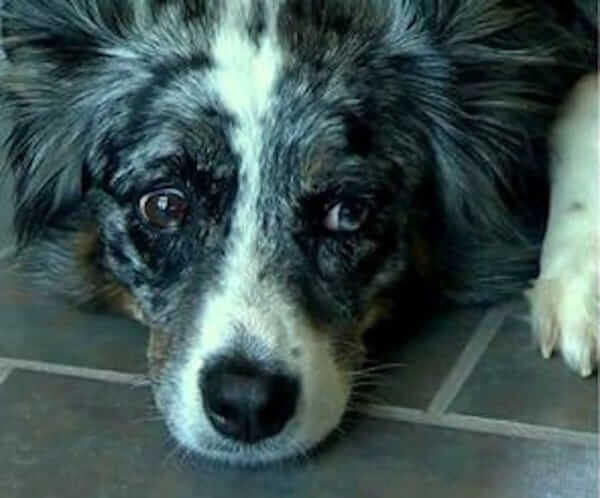 Geoff Wightman was so impressed by the officer’s response that he wrote a letter to the police department. He thanked Officer Frederick for not harming his dog, and he praised the Round Rock Police department.

Since then, Officer Frederick has been commended by his department. He received a Chief’s CHIP Challenge coin to recognize his compassionate and intelligent way of responding to the situation. 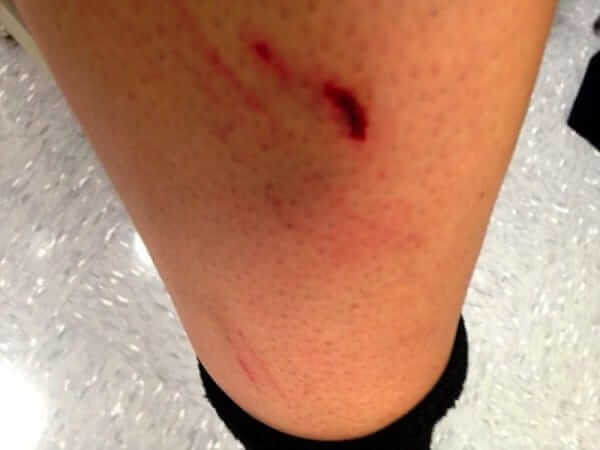 The whole department has tried hard to teach their officers appropriate ways to deal with dogs. The program they designed to do that is called BARK (Be Aware of Residential K9s). If Officer Frederick’s response to Jilaroo is any indication, the program is most certainly working. We hope that this kind of behavior becomes the standard for police interaction with residential dogs. Share away, people! 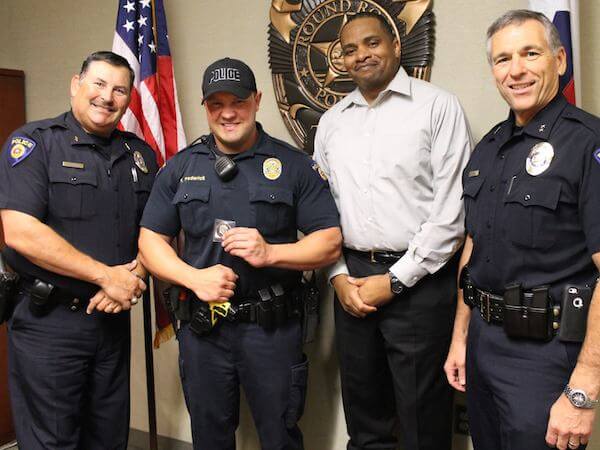