The dog Dinis was walking even joined in on the rescue. 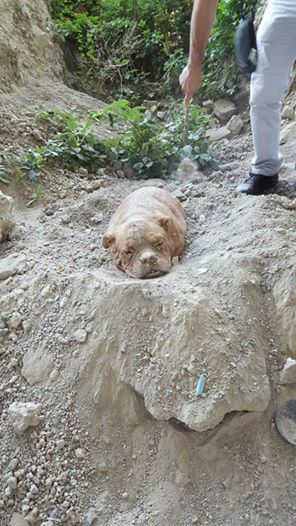 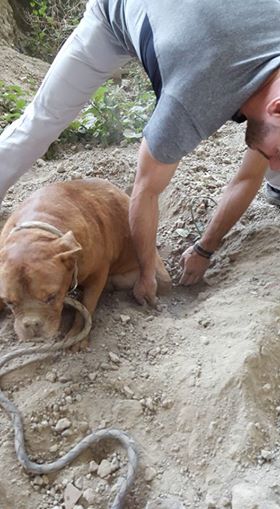 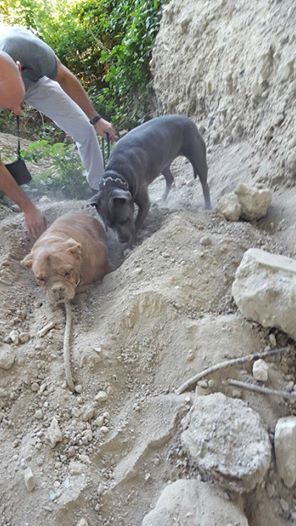 It soon became clear that whoever had put the animal there had not done so mistaking her for dead. The dog wasn’t only buried up to her head, she was also tied down with a rope to prevent her from escaping. 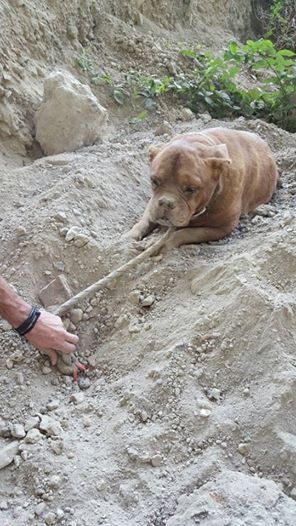 Ever so gently, dog left for dead, is saved!!!

Slowly but surely, Dinis managed to free the dog from the ground, offering his water to pull her back from the verge of death. 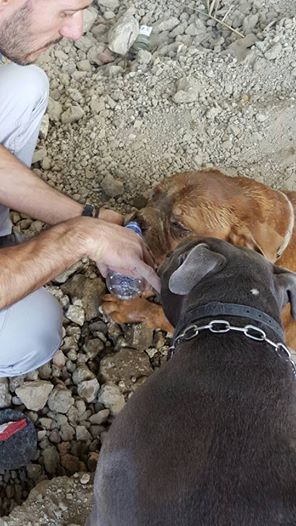 The dog has since been sent to an animal hospital where she is recovering from dehydration and shock. Thankfully, the dog’s life is reportedly no longer in danger.

Attempted Dog murderer will be found!!  Read how they can find him!

Finding the person responsible for this cruel act might have been impossible had the dog not been carrying one key clue. According to Le Parisian, a tattoo was found on her body which led police investigators to her owner, who claims the dog had run away. Considering the dog is 10 years old and suffers from arthritis, authorities determined that explanation was “not very plausible” and charged the owner with animal cruelty. 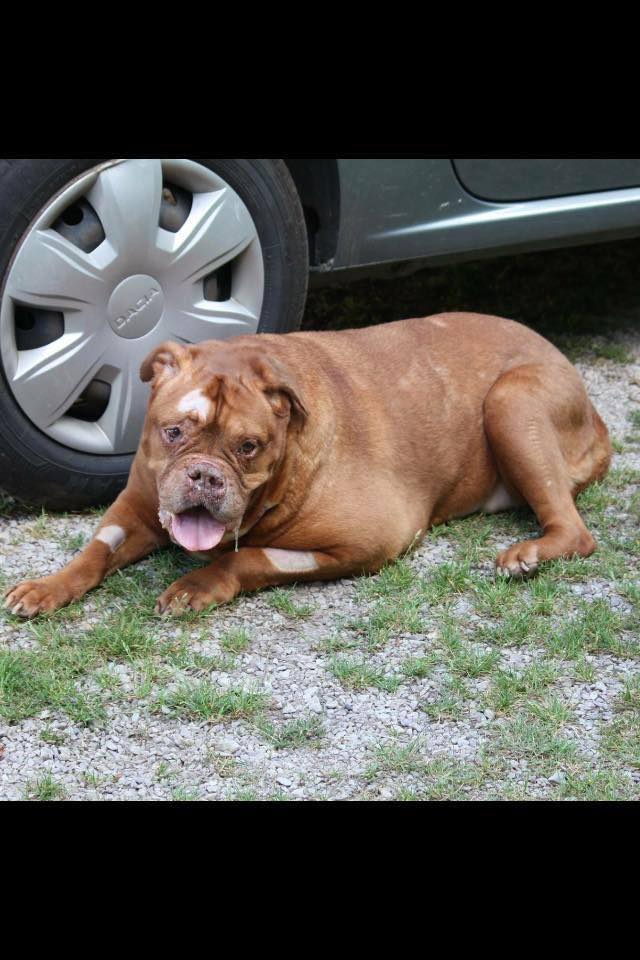