Those of you living in the San Francisco area surely heard the story of the dog who caused major transit delays back on Sept. 27.

The pup, a bully mix of some sort, was found running on the BART tracks near the Oakland Coliseum, per Oakland Animal Services and caused quite the commotion as police, transit and animal control workers worked diligently to rescue the dog safely and get the morning-commuter trains running smoothly again. 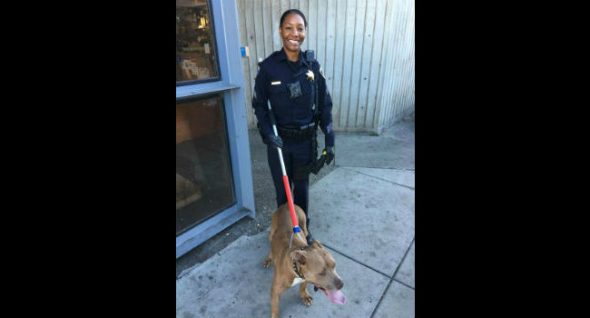 Those involved initially hoped the dog’s family would be found; he was wearing a collar and healthy upon his eventual rescue, but sadly no one came forward to claim him.

Not surprisingly, when the time came to give him a name, they decided on Bart! 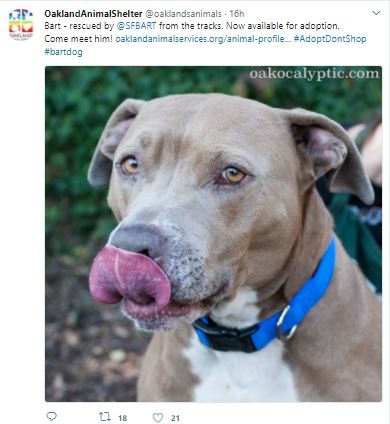 “It was really just a stint to get someone to scratch my belly. And it worked!” his shelter bio says of the crazy “stunt” he pulled back in September. “The volunteers can’t get enough of me — they love getting kisses, having me climb into their laps, giving me belly rubs and butt scratches, and I love them back! Even though I’m getting so much love here, I’m looking for a forever family of my own. I promise to never go on the BART tracks again!”

He is super handsome, isn’t he?!

Bart weighs about 64 pounds and would best be suited in a home without children who are under the age of 12, according to the shelter.