Ever since Peanut was just a few months old, he’d been chained up on a rural property in Pennsylvania. His owners lived there too but weren’t real interested in him. They weren’t being harsh on purpose, they were of the old-school mentality of keeping a dog outside. With everything we know and think today, it’s hard to imagine tethering a dog this way for its entire life.

But this was life to Peanut; a heavy chain around his neck and limited space to move. And it was all about to change for the sweet dog. 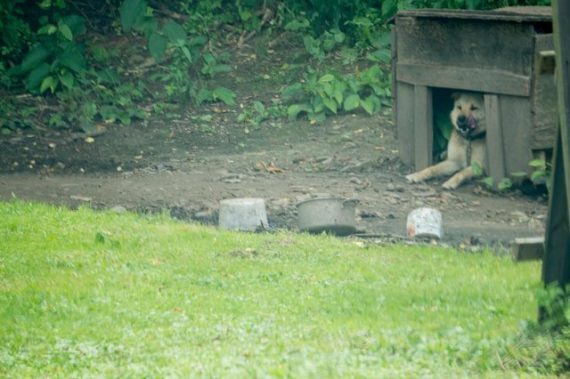 Locals became aware of the dog’s situation after the fence on the property fell over. Authorities were alerted, but nothing was being done. Word eventually got to HOPE for Erie Animal Wellness, a rescue about an hour away that helps improve the lives of chained-up dogs.

And that’s when Russelline Steinbuhle came into the picture. Her daughter volunteers for HOPE, and she said they received lots of calls about the dog but that it was too far for them to consistently be involved. But being just a short drive from Russelline’s home, she decided to pay Peanut a visit and check the situation out. 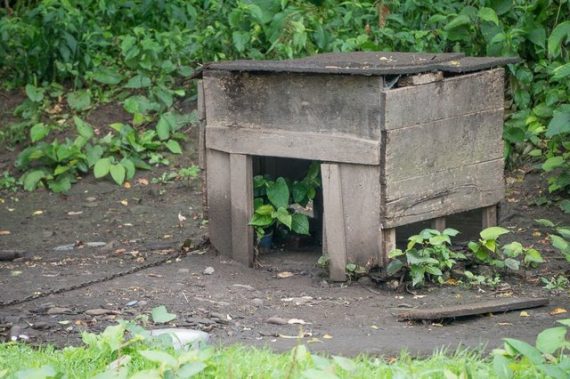 The doghouse was old and falling apart with holes in the roof and the floor rotting out. The poor dog was just lying there in water. So Russelline decided to take care of Peanut. She approached his owners and offered to help out, and they admitted to leaving him chained up all the time. Thankfully they accepted the assistance, and HOPE provided support and guidance along the way. 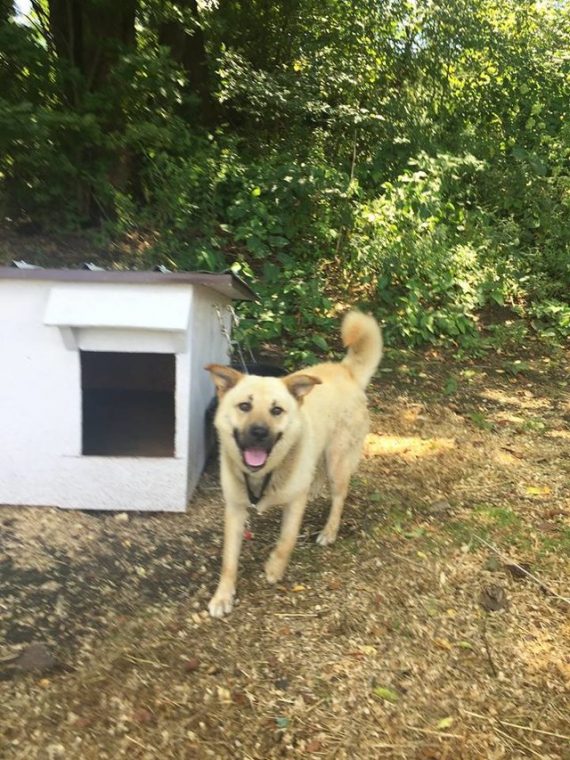 First up was a brand new doghouse. With that they gave him a longer chain so he could lie in the grass, new bowls, and a new collar. He really seemed to enjoy being in the grass instead of dirt and mud.

The next time they showed up, he was sitting in the grass and smiling. But this was only the beginning for him. 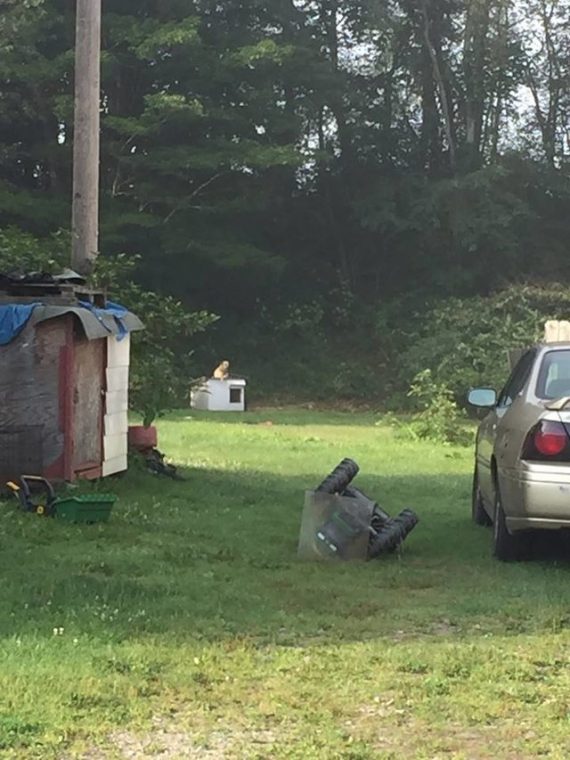 Russelline made it a point to see Peanut several times a week, sometimes every single day. For a dog who’d had very little interaction over his lifespan, his personality was really starting to shine. Now, he was about to be freed from his shadowy corner of the yard.

A new law had just passed in Pennsylvania limiting the amount of time a dog can be kept chained up. Instead of changing the way they dealt with the dog, the owners decided to surrender Peanut to HOPE. 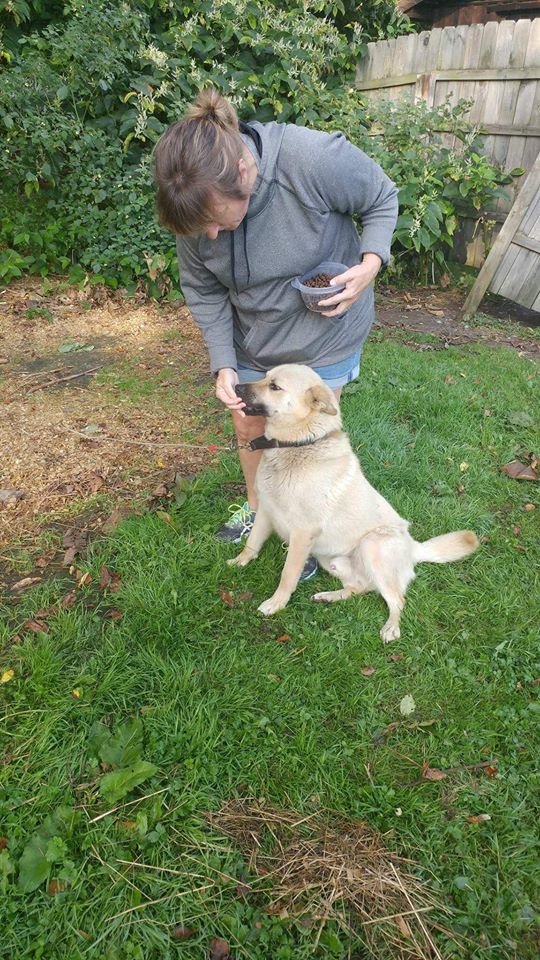 This was it — Peanut was finally free.

And then it happened, we took Peanut off the chain and dove him to his new life.

From this moment forward, Peanut would never be chained again. 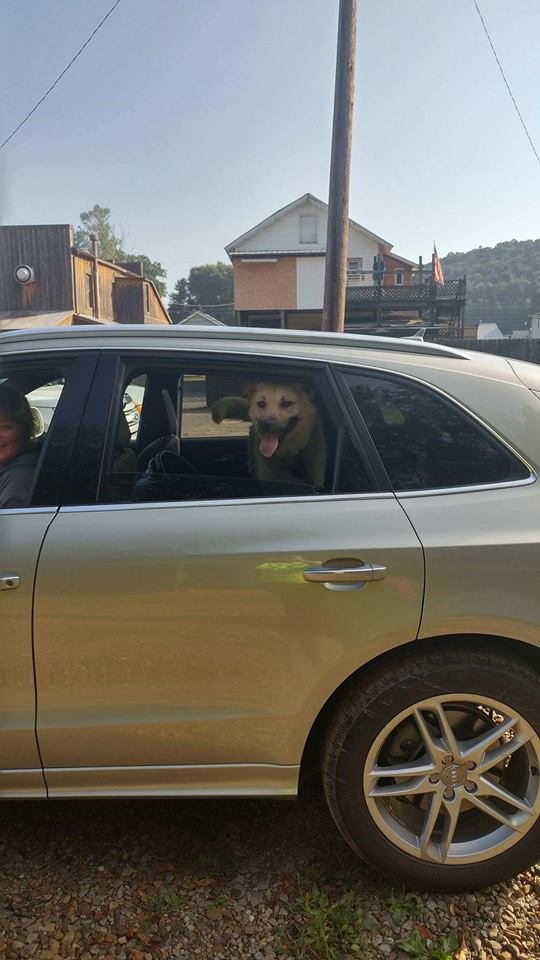 Russelline took Peanut to Critter Camp and Cuts for what was most likely his first ever bath. And he seemed to enjoy every moment of it! 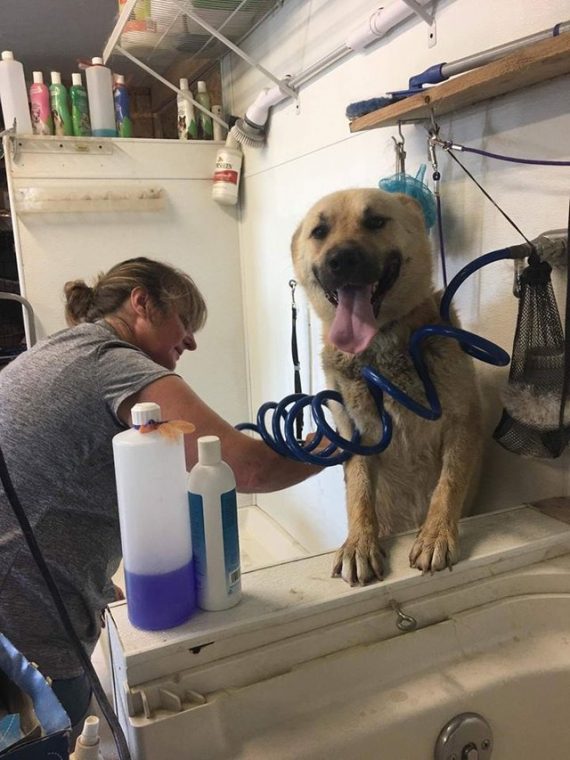 At their facility, there’s a giant fenced-in yard where he was let loose for the very first time in his life. Run free, Peanut! 🙂

It was a very emotional moment. The three-year-old dog got to run around and move freely for the first time, so he had a lot of zoomies to let out. 😉 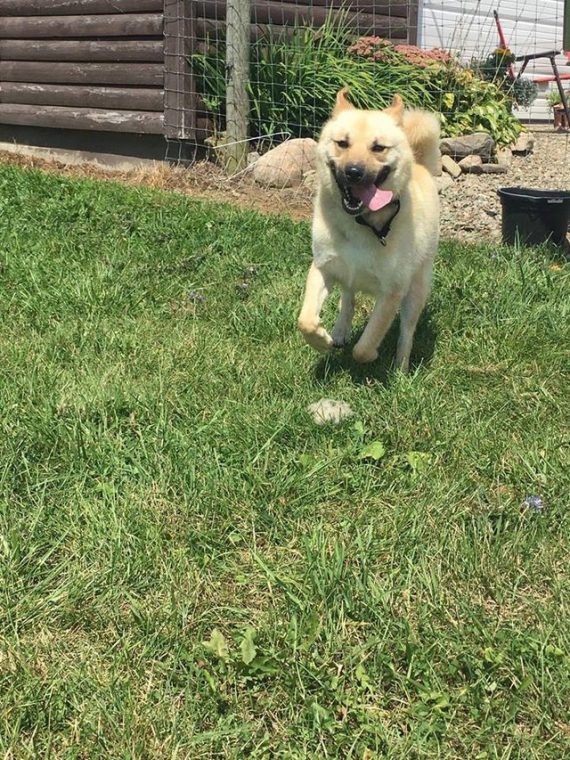 Peanut was all smiles. This is the live he’d always deserved. But better late than never! 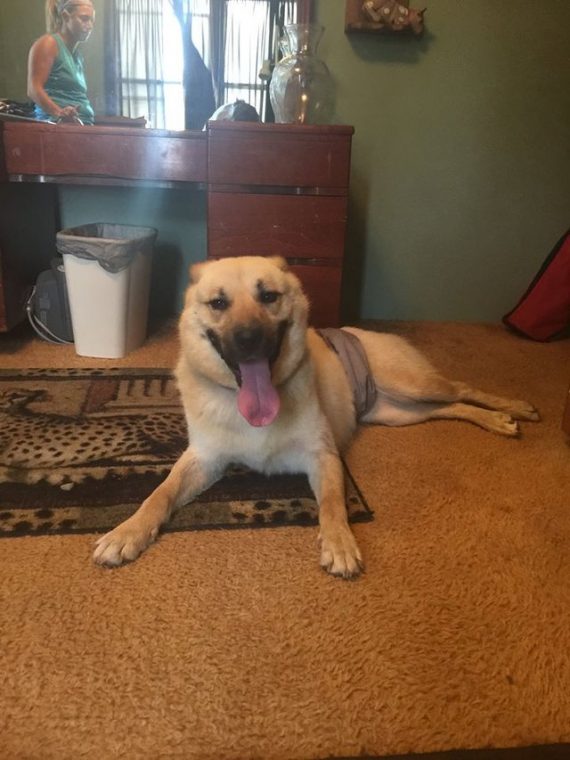 Now with a foster family, Peanut is learning to adjust to his new life and newfound love. And HOPE protects animals for the rest of their lives, so he’ll never see another chain again.

Hopefully Peanut’s story helps raise awareness for all the other dogs living tethered to a box outside. Just getting involved in their lives can make all the difference.