A mother cheetah will have a litter with 3 to 5 cubs, but they can have up to nine cubs in one litter. At the San Diego Zoo, Ruuxa was the only cub in his litter. Mother cheetahs will often abandoned single cubs because their instincts tell them that the one pup won’t survive in the wild.

So, when Ruuxa was abandoned by his mother, the zoo staff stepped in. The zoo staff wanted to give the baby cheetah a companion since he had no siblings, they chose an 8-week old Rhodesian Ridgeback puppy named Raina for the job! 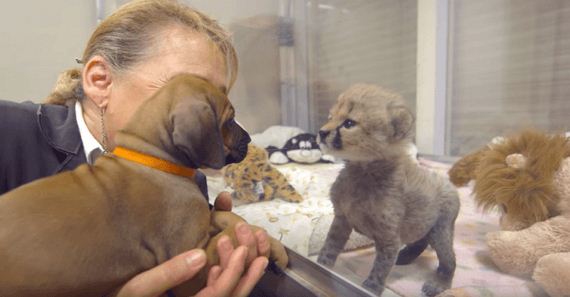 The zoo plans to have Raina and Ruuxa spend their lives together. Raina’s body language will help keep Ruuxa calm if the zoo ever needs to move him to another habitat or when he faces an unfamiliar situation. 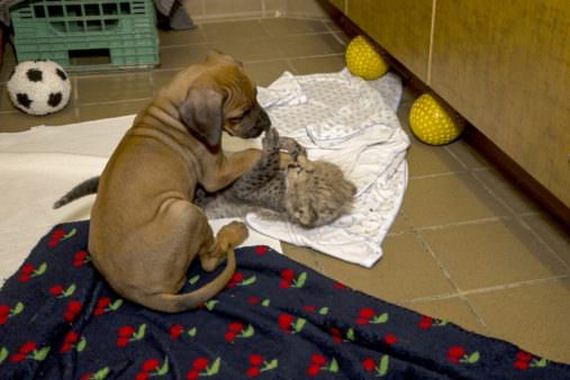 It wasn’t long before the zookeepers realized Ruuxa’s front legs were not developing properly. He had been born with a growth abnormality called chondrodysplasia. Ruuxa’s legs were not growing straight, they were growing in a bow shape.

Keepers were worried this would prevent Ruuxa from being able to run. The zoo’s veterinarians performed corrective surgery on September 3, 2014. 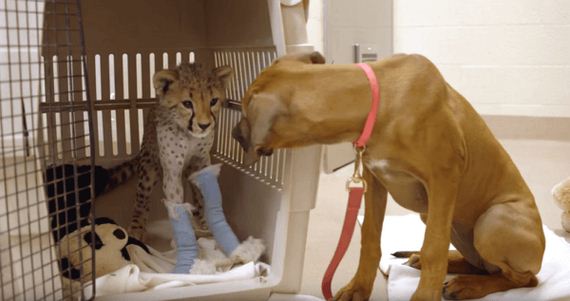 Raina never left her buddy alone. During Ruuxa’ recovery, Raina was there. She was gentle with him and left his bandages alone. 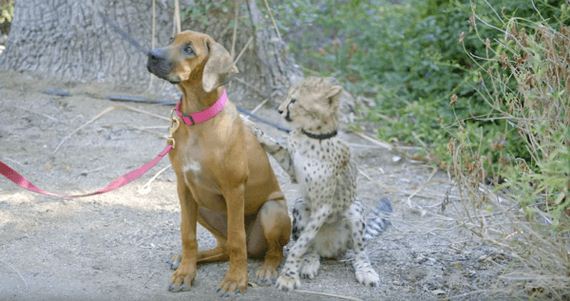 Thanks to Raina, Ruuxa completely recovered! Today, at one and a half years old, Ruuxa competes in the Shiley’s Cheetah Run! Ruuxa and Raina, are more like siblings than friends. 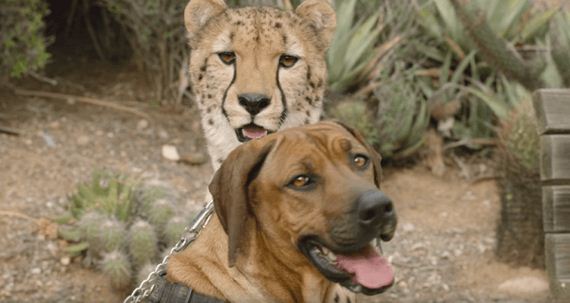 They share a special bond that is beautiful to see! Watch them below!