Tully the Bearded Collie took part in an agility run at the Crufts competition and quite literally brought the house down. Everything was going smoothly and efficiently until the very end, and that’s when the dog, probably excited about his great run, jumps right at Dad and crashes into him bringing down the barrier! 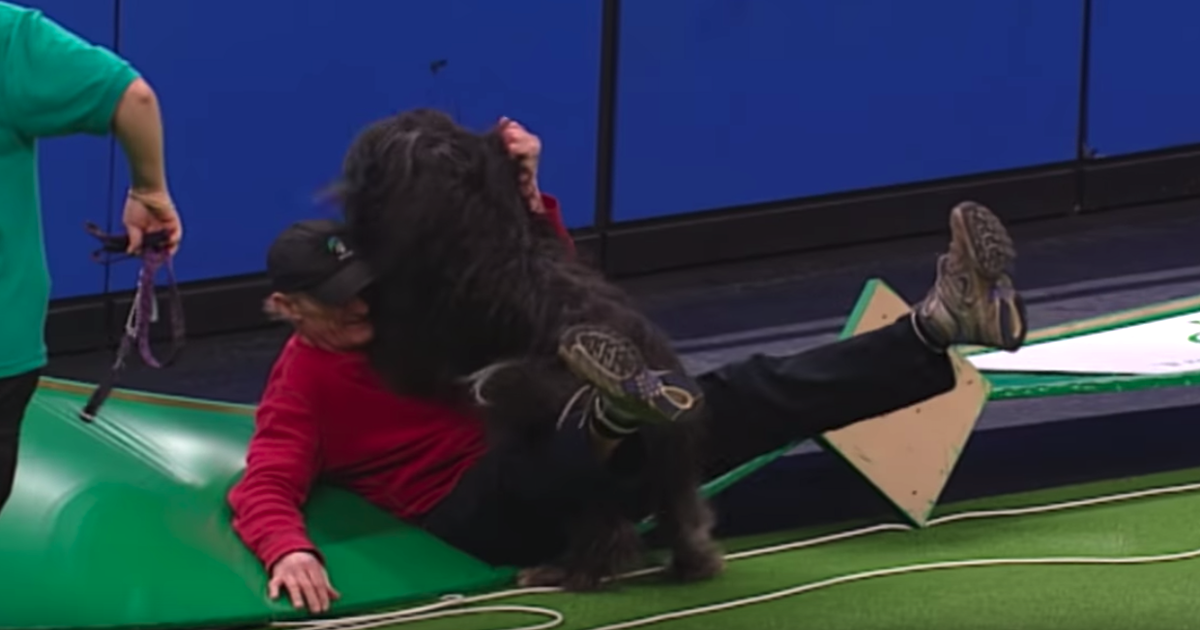 But these two are no strangers to taking some tumbles and falls. Handler Colin Skeaping is a stuntman most famous for his role of performing stunts for Mark Hamill in the original Star Wars trilogy. And Tully is a stunt dog and actor who has been in the Midsomer Murders TV show and the movie The Holiday.