A family dog named Bailey could have tried to flee the smoke and fire that was quickly engulfing her home, but instead, she ran upstairs to alert her big brother, who was in his room cleaning with the door closed. Because of Bailey, Randy Bova is alive today.

Randy’s mother, Lucy, and his brother, Robert, were out when the fire began. It started in the garage, possibly from a power tool that had been plugged in. It demolished the garaged and swept through the second floor of the house, where Randy was.

The young man was listening to music while he cleaned, so he couldn’t hear the fire, and the pervasive odor hadn’t reached him yet. By the time it did, it would have been too late. 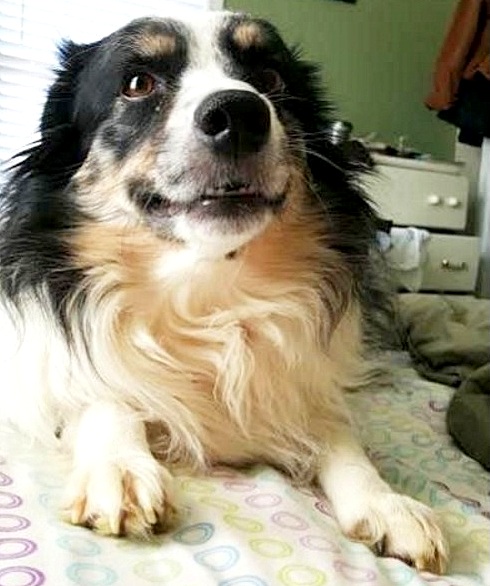 “I think we would have lost my brother due to the speed the fire spread,” Robert told The Dodo.

Bailey was quicker, and she raced upstairs to tell Randy they were in grave danger. He could hear her distressed barking over the music, and opened the door to find her enveloped by a cloud of black smoke. He scooped her up in his arms and hurtled downstairs.

“When he went out our back door, he looked at the side of the house, and the entire thing was engulfed in flames,” Robert explained.

The Connecticut family lost everything but the most important thing: their lives. They were devastated to lose so much and become homeless, but are taking it all in stride because of their hero, Bailey. 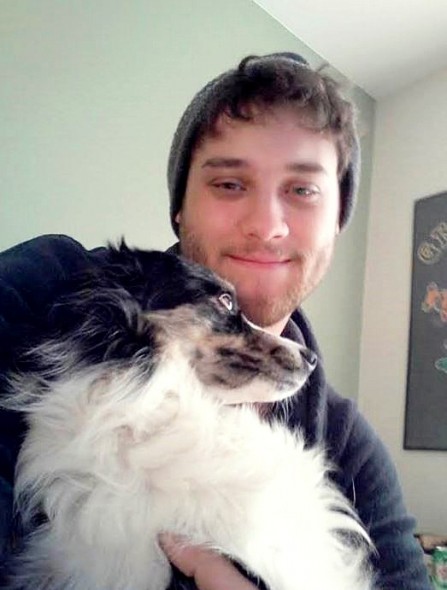 “She means the world to us,” Robert said. “She brought me, my brother and my mother closer together as a family. Once we got this dog, she was the centerpiece of our family’s relationship.”

This fire happened in June, and the last update posted a couple of months ago said they were still staying in a hotel.

“We all haven’t really began to fully cope with it. It’s kind of coming in waves. The first time I got to the hotel and I shut the door. I was in there by myself. I started crying.” 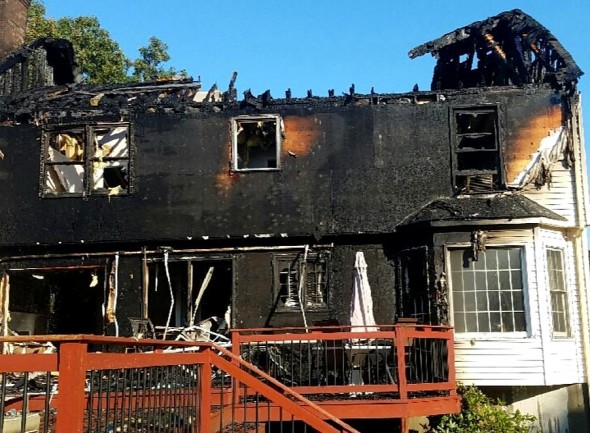 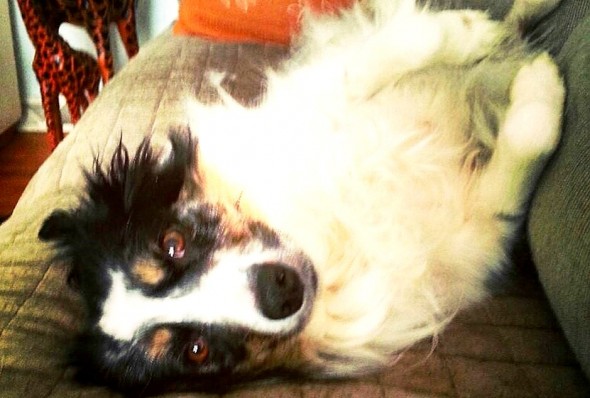 Bailey was deeply affected by the loss as well, and is of course picking up on the heavy emotions of her family members, who are doing their best to pick up the pieces and rebuild their lives.

“She’s overcome.  We brought her back to the house in its current state,” Robert said.  “She kind of just sat in the backyard and stared. It was really intense.”

A fundraiser was set up to help them establish a new home for themselves.  If you would like to donate, please CLICK HERE. 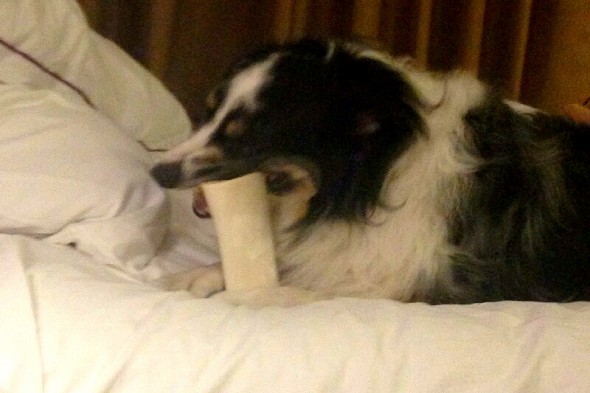