In a world where people unfairly blame the pit bull breed for being aggressive, one pit bull was shunned for his love of toys. Life was not peachy for Leonard the pit bull, at least not the very beginning. Deemed unadoptable for being so “grabby” when it came to his extreme desire for toys, the misunderstood dog was nearly euthanized. 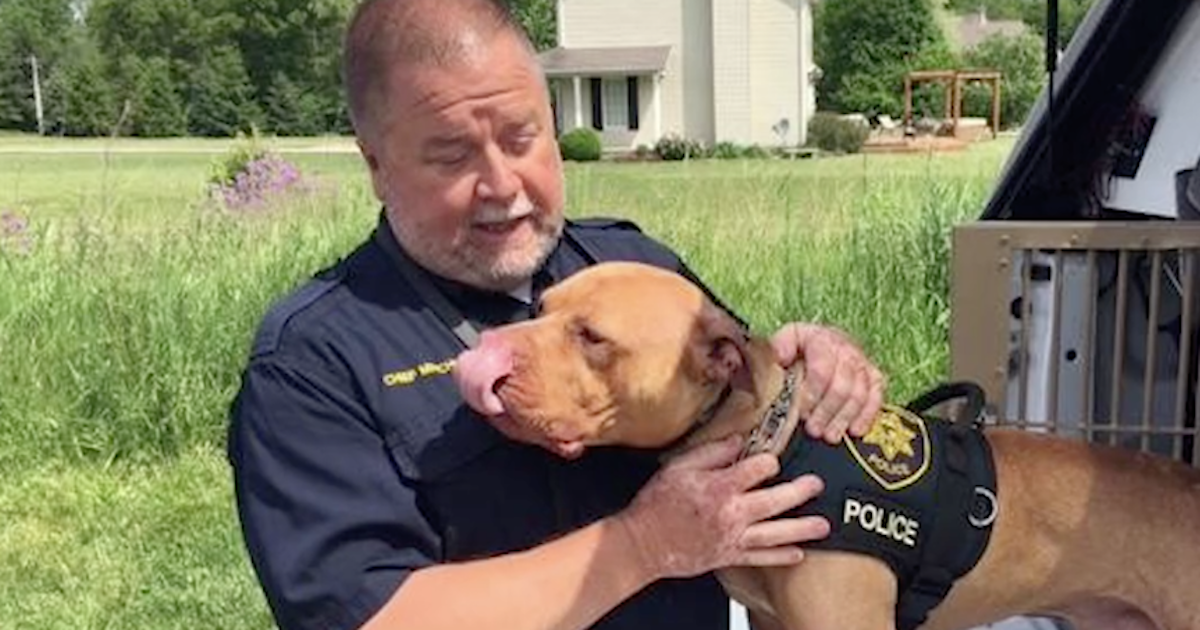 But he just became Ohio’s first pit bull police dog! Dogs with a high toy drive make for good K-9 candidates, and now Leonard’s using his talent to its fullest with the Chief of Police in Clay Township. The pit bull’s shattering stereotypes one crime at a time! 🙂