Janna Berger is in the military, so she is always having to go away for long periods of time. While she is dedicated to her job, leaving her beloved dog behind is always difficult. 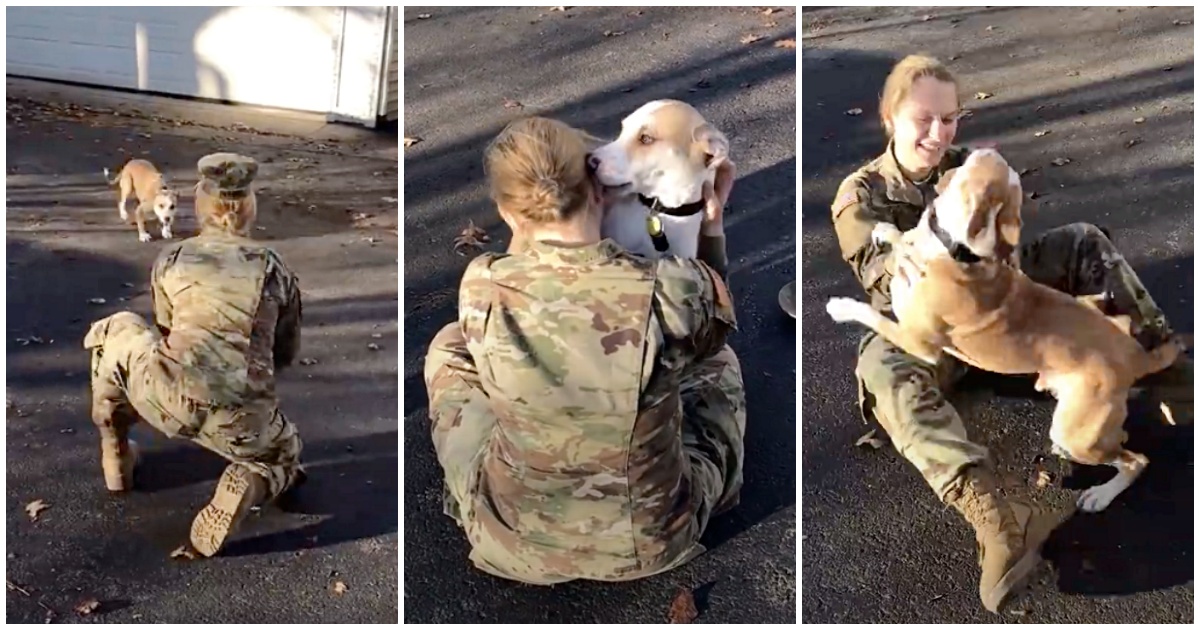 This time, she was away for eight long months, while her dog, Murphy, stayed with her family. 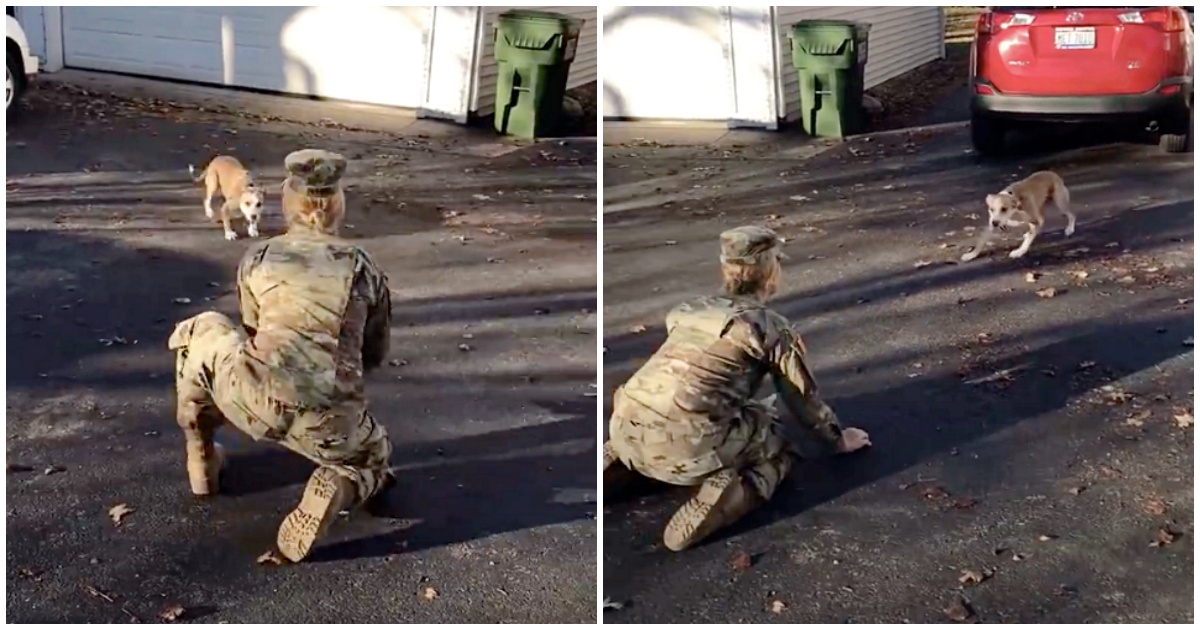 When she finally came home, she wanted to surprise Murphy, but she feared that he wouldn’t remember her.

Once she was there, she waited on the driveway while a family member let Murphy outside. At first, he didn’t realize it was his mom, and kept running away. 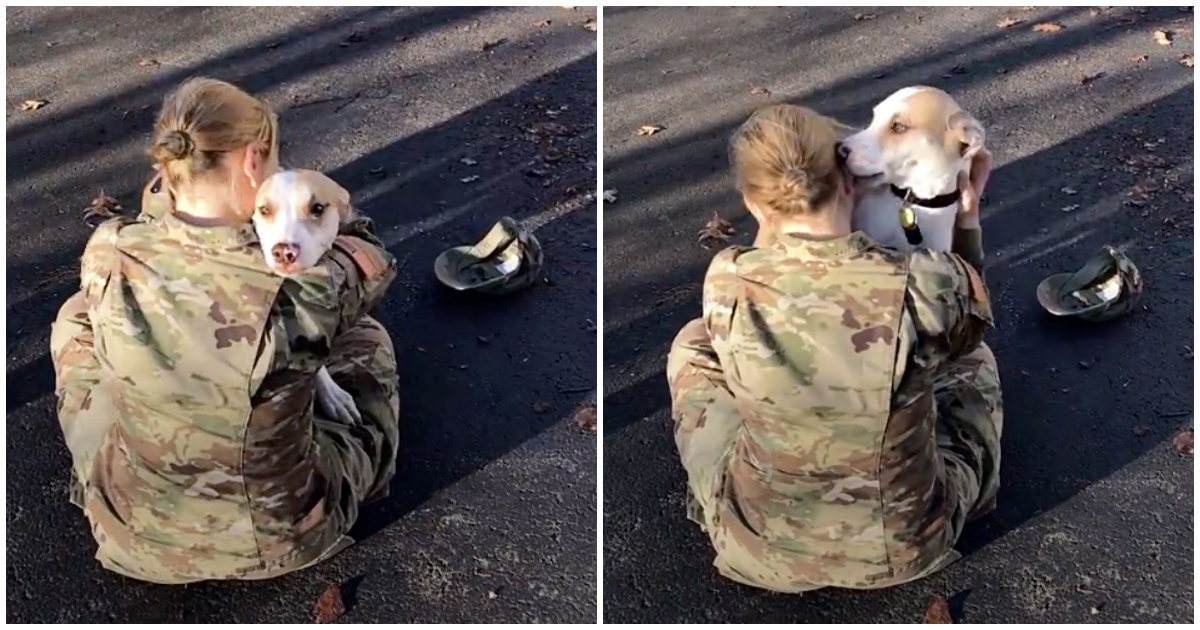 Slowly but surely, he made his way toward his human and began sniffing her. Once he caught a good whiff of her scent, he finally realized who she was and his reaction was absolutely priceless!

Murphy is so happy that he can’t even contain his excitement. He goes absolutely bonkers, running all around and jumping on his mom. 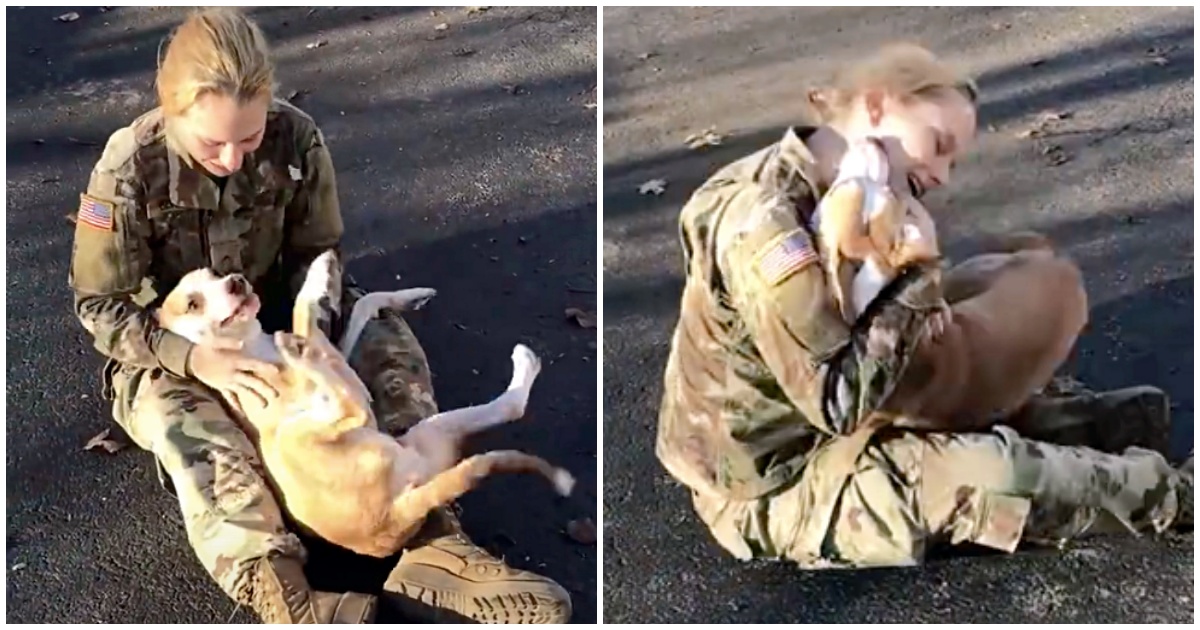 It’s safe to say that Murphy missed his mom just as much as she missed him.

You can watch their heartwarming reunion in the video below, but don’t forget the tissues!