In recent years, the doorbell camera has gained a lot of popularity. There are many homeowners who are looking to the simple security measure for extra peace of mind.

But it’s not just humans who are finding doorbell cameras a useful tool. Our animals seemingly have adapted to the new technology as well, with some cleverly figuring out that it is a means for them to get their owners’ attention.

Luckily for Sarah and Jeremy Henson, this proved to be lifesaving for their pooch, Dexter. 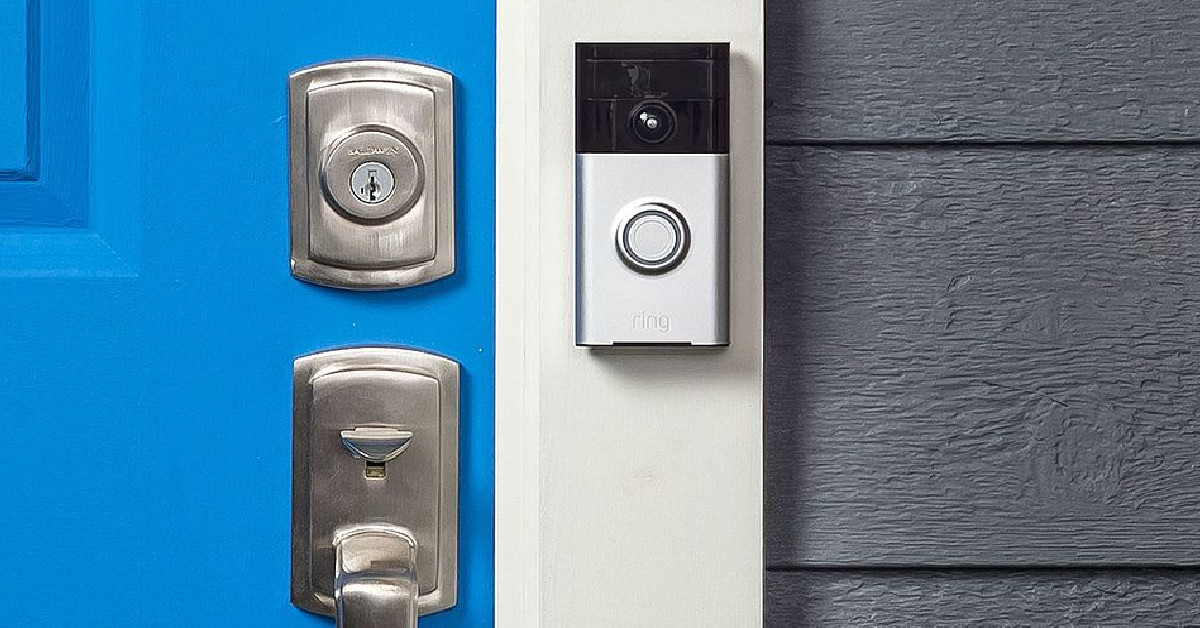 Like many families with pets, before going on vacation, the Hensons had to make sure their five-year-old pet, Dexter, was well looked after. So, they dropped him off at a boarding facility before making the 1,000 mile trip from their home to the Zion National Park.

However, while on their vacation they’d receive the shock of their life when they got a notification from their Ring doorbell, only to check and see Dexter!

The shocked couple took to Facebook to share their story, with Jeremy writing, “So, we’re in Zion National Park/Vegas this week & Dexter is staying at a local doggy day care. Imagine our surprise when he rang our Ring doorbell. He’s safe, but look at that second pic! He was trying HARD to use that doorknob. I’m glad I walk him all over our area so he knew how to get home [because] it could have turned out WAY worse with the blizzard approaching.” 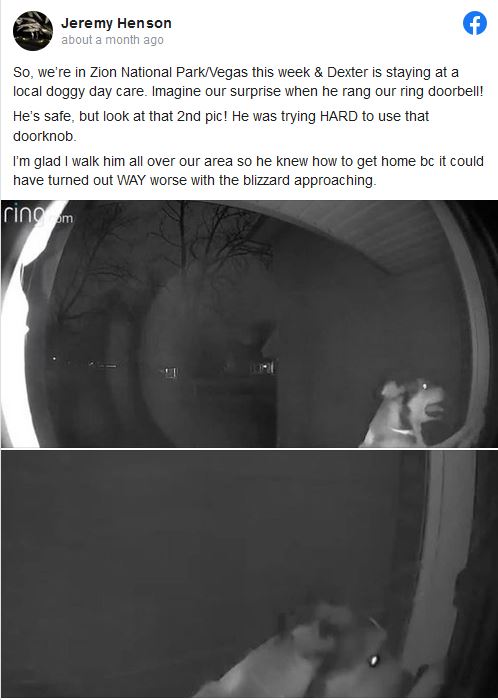 For those unfamiliar with the way the Ring doorbell works, there is a motion-activated camera in it, meaning the homeowner will receive a notification in the app whenever the motion sensor is tripped. While on their trip, the Hensons have gotten the notification about movement, so when they checked, they were stunned to see it was actually Dexter.

He was scratching at the door, whimpering, and trying to gain access to the home. Immediately, the couple got in touch with the boarding facility, which was located 2 miles from their home. In the meantime, as they waited for someone to arrive to collect him, the couple stayed on the doorbell’s intercom system, talking to their pooch.

Jeremy later told Kansas City’s WDAF-TV, “It didn’t surprise me that he was on our front steps. I was just concerned that they didn’t know, so I called them.” 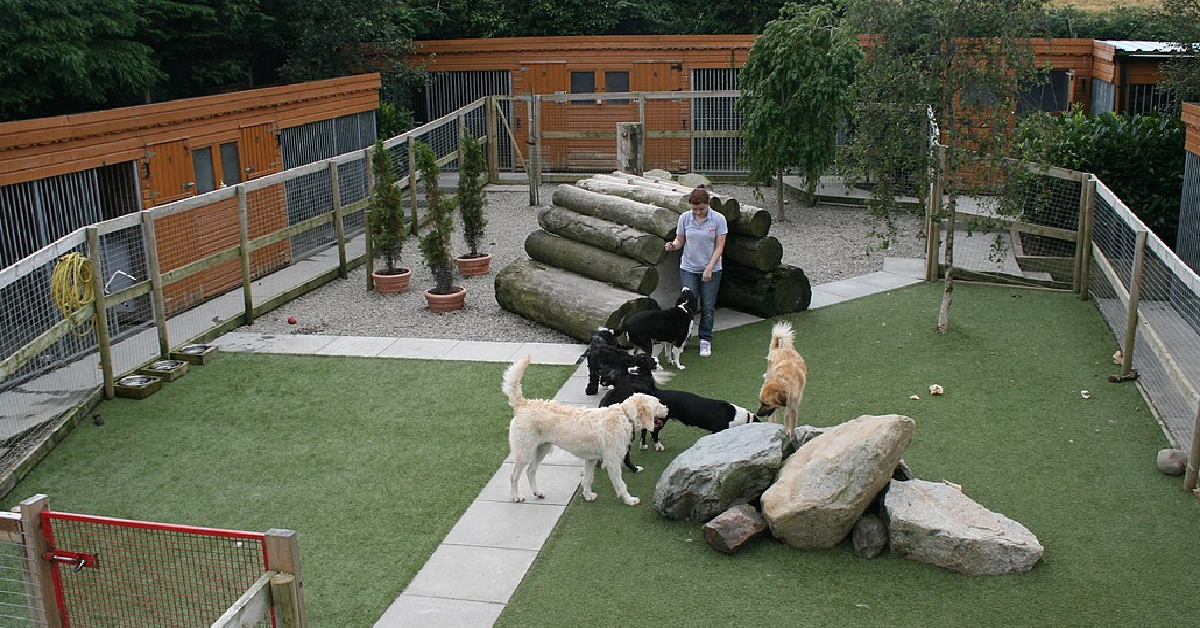 The boarding facility explained to the Hensons that they believe Dexter got out by scaling their 6-foot fence. From there he was able to make his way home – a feat that Sarah credits with the fact that her husband often takes Dexter on really long walks, meaning the dog had probably become familiar enough with the area to find his way home.

The quirky turn of events had a calm and happy ending, with Dexter back at home and safe with his pet parents. Jeremy shared a picture of him with Dexter on social media, writing, “Dex was a little skittish at first, but once he realized it was us he was VERY happy to see us.” 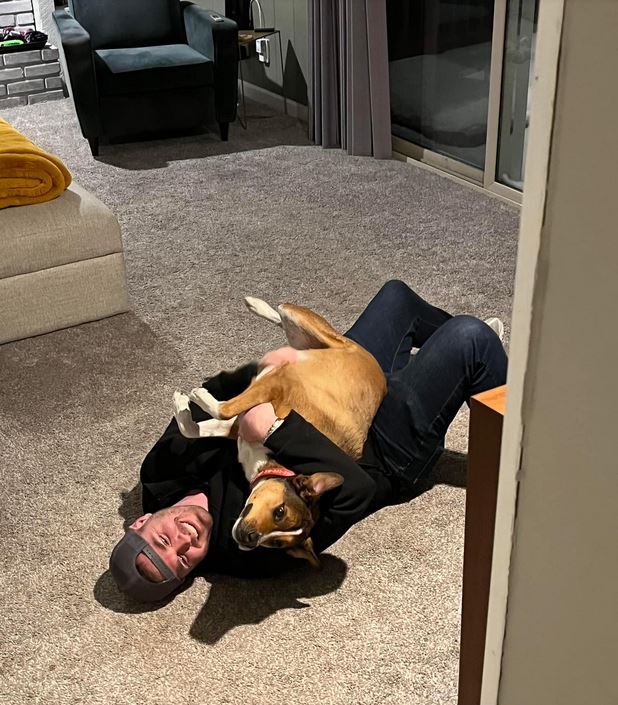 Jeremy further added, “This is a story of a good boy who just wanted to come home and make sure we were ok. Because that’s his day job and he’s extremely dedicated.”

The Hensons have shared that they don’t plan on taking any legal action against the boarding facility, and have stated there are no feelings of animosity. Jeremy further added that the couple have intentionally refrained from naming the business, believing the boarding family and its staff did their best in the situation.

Hopefully next time this couple goes on vacation Dexter feels a little less inclined to go on an adventure.