A dog from the Town of Menasha, Wisconsin is being credited for saving his dog sibling and his family’s home from a house fire.  The dog escaped the house, and alerted a local water department employee that was working nearby, and there were no casualties in the ordeal.

An employee of the water department was working near a home on East Shady Lane.  He noticed that a dog without a leash on had wandered near him, and looked to be seeking some attention.

When the employee went to check on the dog’s tags to see where the dog was from he noticed the house wasn’t far.  The dog lead the man to his house, which was on fire.

The worker surmised that the dog had jumped out the window, and was looking to get help.  It was a good thing too, because in just a short time, both dogs would have been overcome by the smoke.

The water department employee was able to get into the burning house, and rescue the other dog in there.  Emergency services were called, and the fire was brought under control.  The owners of the home were not there at the time of the incident, and no one was hurt in the fire. 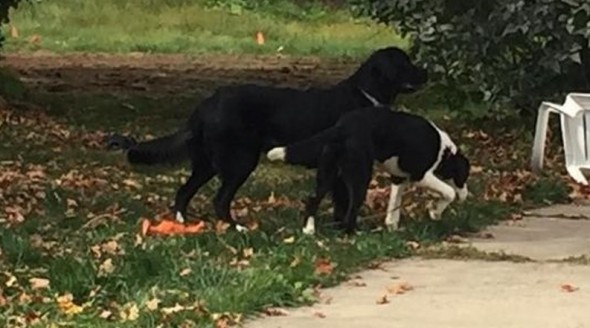