When Ted arrived at an SPCA in Canada, he was very scared, and wouldn’t even go outside for anyone.  He warmed up to a worker named Abbey after she gave him a treat, and the next day she was shocked to find him sitting on her porch!  She wasn’t looking for love, but love found her, and soon she’ll be adopting Ted. 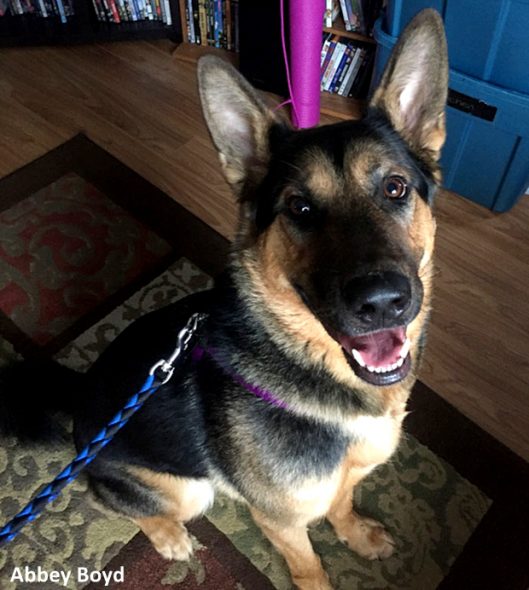 The German shepherd-Akita mix arrived at the Northwest Territories SPCA in Yellowknife last Friday with a small cut on his nose, and was very apprehensive, refusing to let Abbey walk him that Saturday. 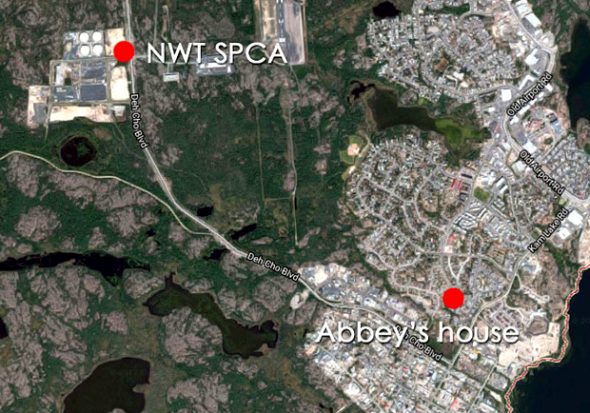 “He was scared. It’s a very terrifying place, first off, for dogs and cats,” Abbey Boyd told CBC News.  “He wouldn’t let me take him. Nobody could walk him for a day.” 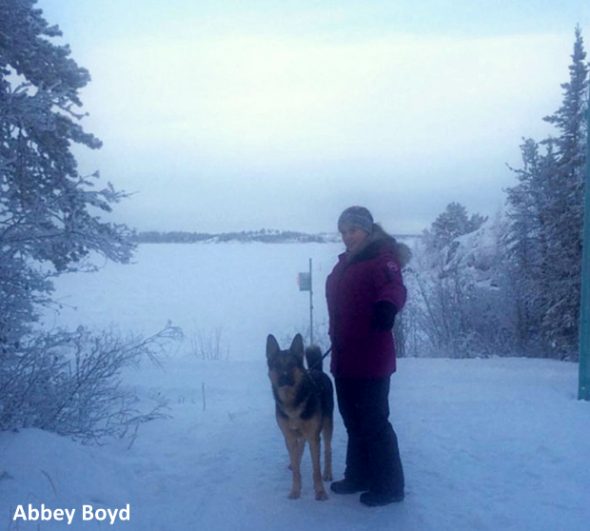 She was determined to earn his trust and provide some comfort to him during this adjustment period, so she opted for the go-to move of dog lovers everywhere:

“I fed him cheese-flavored bacon strips to try to get him to love me,” she said.