You may be familiar with Rowdy, a very unique-looking dog we told you about a while back who made waves because of the way vitiligo has made his fur look.  When Carter was in kindergarten he developed the same condition and began to hate his face – until he met Rowdy.  Now he is bursting with confidence thanks to the bond they share. 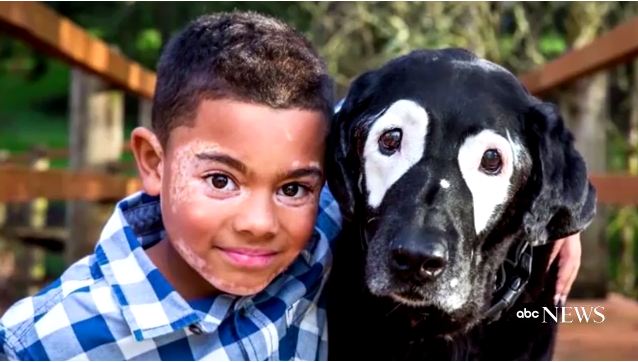 Carter Blanchard of Searcy, Arkansas began developing vitiligo, a rare disorder with an unknown cause or treatment, in August of 2014.  Unbeknownst to his family, a dog named Rowdy began developing the exact same thing during the same month and year over in Canby, Oregon.  The pigment in their skin began to be destroyed. 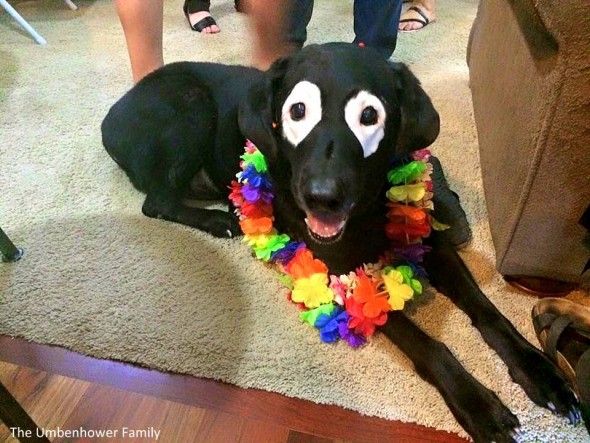 While this didn’t have much of an effect on Rowdy (except to bring more attention to him and the Umbenhower family), it had a drastic impact on young Carter.  Classmates noticed the spots appearing (or rather, disappearing) on his face and likely made some comments that damaged his self-confidence.

“I remember the day I picked him up from school when he said, ‘Mom, I hate my face.’ As his mother, it broke my heart that I could not change this situation for him,” Stephanie Adcock said in a letter to Ellen DeGeneres.

Not long after, Stephanie was scrolling through Facebook when she came across a photo of Rowdy, with no idea that he had been diagnosed with the same condition.  She learned that the dog had a massive online following, and showed some of his videos to Carter.  Seeing a beloved dog with the disorder helped him come to terms with his own fate. 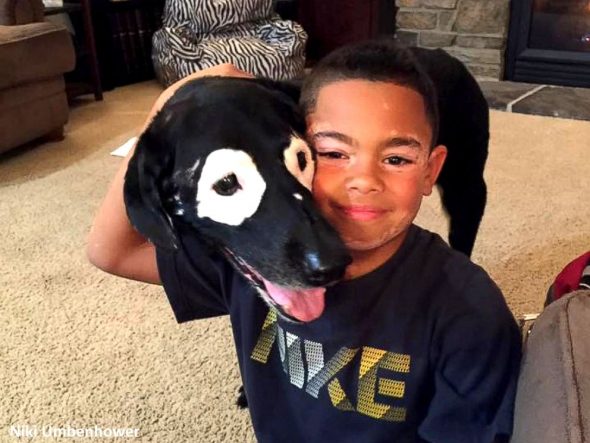 Stephanie began emailing Rowdy’s mom, Niki, and hoped to one day have the two meet.  A story about them was recently featured on an Oregon news station and an anonymous benefactor donated $5,000 so Stephanie and Carter could fly west to meet the Umbenhowers.  Carter and Rowdy finally got to meet in person last weekend.

“When we walked in I didn’t feel like we were walking in for the very first time, they were family already.  You could tell Rowdy knew something was going on and felt the energy of the room,” Stephanie told ABC News during their stay. 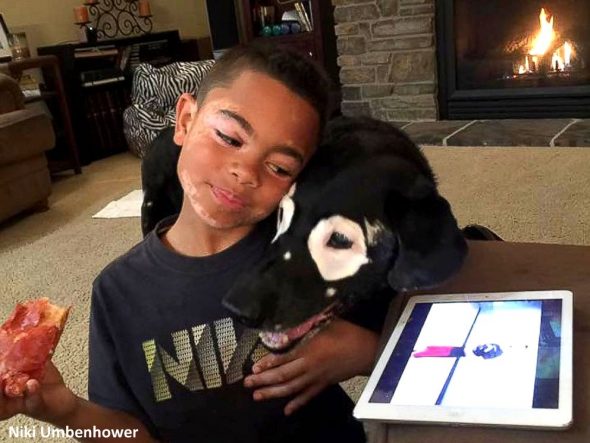 “Carter will be on the floor doing Legos and Rowdy will come and lay down next to him.  Carter hugged him and petted him for two hours straight and they’ve been together ever since.”

Now funds are being raised to help a young girl named Ava, who also has vitiligo, fly out to Oregon with her mom to meet Rowdy.  Sadly, the 13-year-old dog recently suffered from a seizure and has been undergoing testing to help him stay as healthy as possible.  A fundraiser has been set up to help with the vet bill and the travel costs for Ava and her family.  If you would like to donate or follow along with their story, please click here.