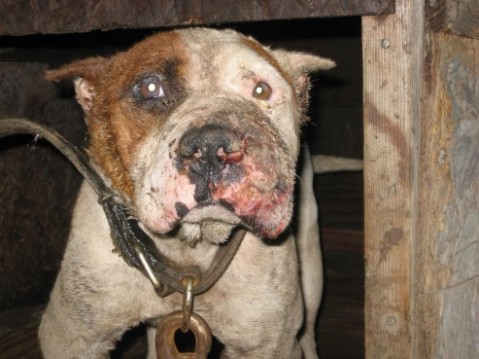 On Saturday evening in Pontiac, Michigan law enforcement officials along with rescue volunteers and others raided a home that was part of a suspected dog fighting ring.  The raid shut down an entire street for hours until all of the dogs on the property could be removed.

Police that were on the scene described it as a “horrifically cruel operation.”  Along with the dogs that were removed from the property, many items that are usually associated with dog fighting and training dogs to fight were also removed and taken into evidence.

Paul Church, a resident of the street the raid took place on said, “I was in the house listening to the radio and I heard a big flash bang.  I put some shoes on and ran outside and all you could see is SWAT teams and cops.”  Although Church has lived almost all of his life in the immediate area, he says he’s never seen anything like it in his life. 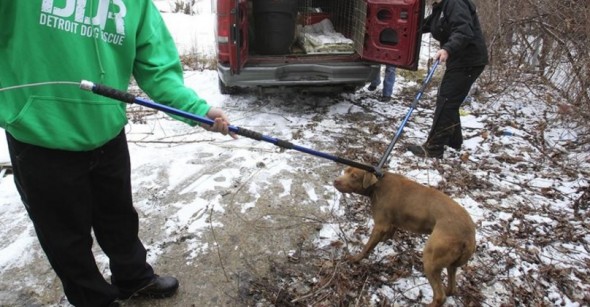 Mark James, also a resident of the street said, “They only lived there six months or so.  [We] Saw all the dogs moving in and out of there.  We assumed something was going on.”

The person renting the home has not yet been named.  However law enforcement did say the renter is a convicted felon.  This person has a history of getting into trouble for dog fighting and narcotics.  Others arrested in connection with the fighting ring are said to have driven three or more hours to participate in the barbaric fights.

Remember to check back with us for more information as it is released. 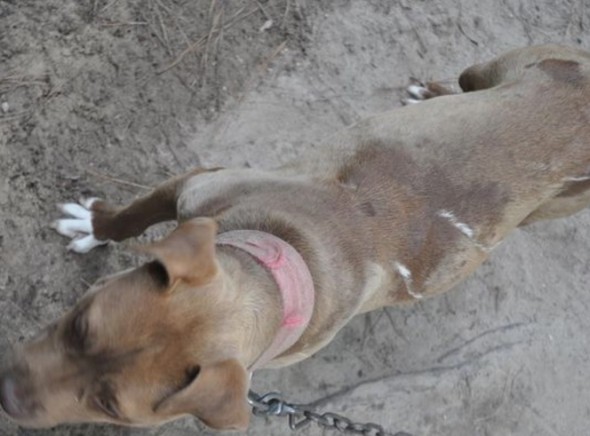