A horribly neglected dog has recently been freed from his hellish existence. The dog, who was named Bad Dog by his former owner, lived five years of his life on the end of a chain, with a mud pit for his “home.” 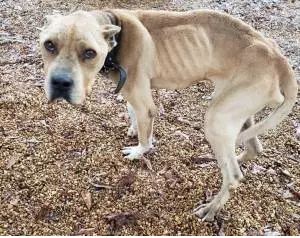 Mississippi’s Shaw Pit Bull Rescue shared details of the dog’s sad existence, gleaned from a conversation with his former owner, with Facebook followers:

What we learned will disturb us for sometime. This dog spent 5 years of his life living in the mud pit hell that he was forced to call home. His name was BAD DOG! No joke, the owner personally gave us his name. He hasn’t seen a vet in YEARS. Our next questions were about his temperament. Was he good with animals? “He’s never been around them.” Is he good with children? “He isn’t allowed near them.” We were told this as we could HEAR multiple children playing in the background. Five years of solitude and seclusion living in this “home.” His life was never even remotely fair, or even just.

It doesn’t take much imagination to visualize what this dog’s life has been like for the past five years. He was desperately lonely. He was frustrated. He was sad. He was miserably cold in the winter and unbearably hot in the summer. He was thirsty. He was hungry.

He was simply existing – not living at all. 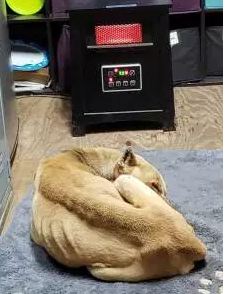 The rescue group wrote of Phoenix’s first moments in their care:

We loved him. We cared for him. We warmed him inside and out. And we tried to dry him off as best as possible. Then we promised him that we will never be called “Bad Dog” again.

What should be a 55-60 pound dog is now a severely dehydrated 38 pound dog. He has sores on his poor body from all the mud and rain he endured. Every bone in his body can be felt, as well as seen. He’s going to need a lot of tender love and care, but that’s what rescue is all about. This is why your support and encouragement are so very important.

You can help the rescue agency give Phoenix what he needs by making a donation. Find the “donate” option at the rescue group’s Facebook page here. 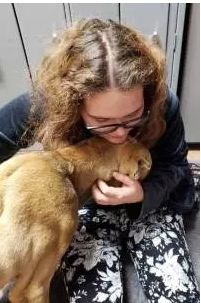