A former street dog came to the rescue of a litter of kittens abandoned in a trash heap. Banzé (or “Scamp”) found the kittens when he was out in a neighborhood near São Paulo’s Jardim Aeroporto (Garden Airport) in Brazil.

Banzé sniffed out the kittens in a cardboard box. As soon as he found them, he took it upon himself to rescue them. 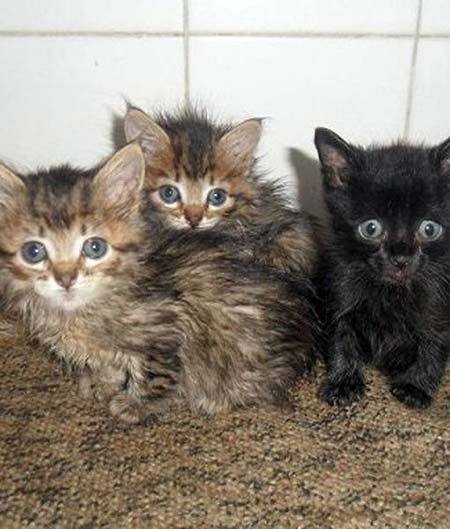 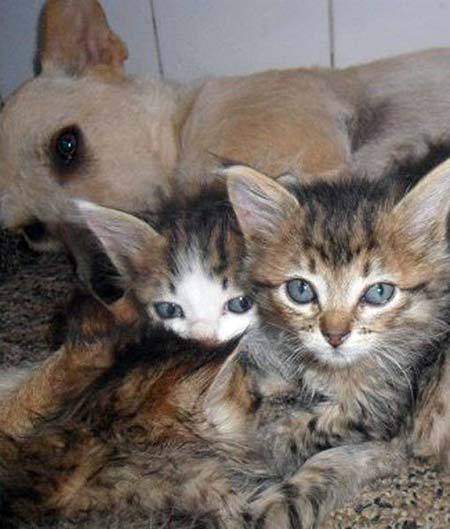 Banzé used to be homeless himself and was rescued off the streets by his guardian. He must have known the kittens needed to be saved the same way he was. 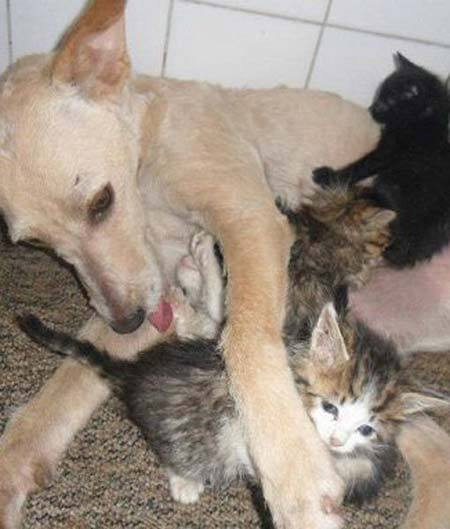 As soon as the kittens were safe he began caring for them. 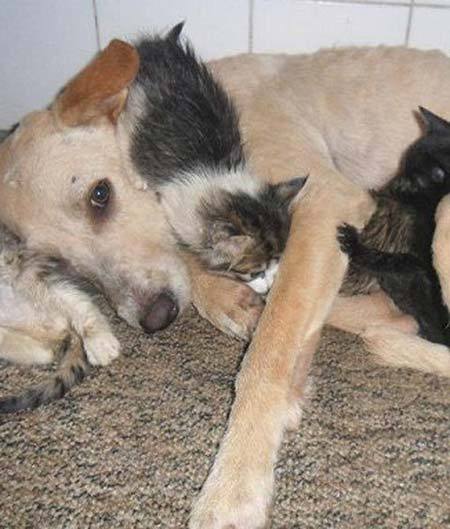 These delightful photos show Banzé looking after his rescues. 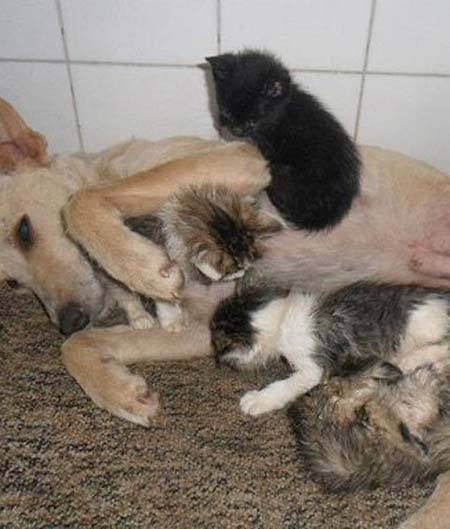 It’s amazing to see how this formerly homeless dog looks after the kittens. And thanks to Banzé’s actions the kittens all survived.

Photos by Ilse Simone Petersen Gotzo. Via. Note: Banze rescued the kittens back in 2012, so we believe the cats all found wonderful homes.