A Rottweiler named Ella was found on the side of a highway, emaciated and starving. It seemed like she was abandoned and lost, but she never left that spot on the road. She walked along the highway to search for food and water, but would return to the same spot every time. That’s because it was the last place she had been with her family when their car crashed.

While she awaited their return, she collected her family’s belongings and put them into a pile. On of the items was a candle with the name “Michelle” on it. This was the only clue they had to where this dog came from. 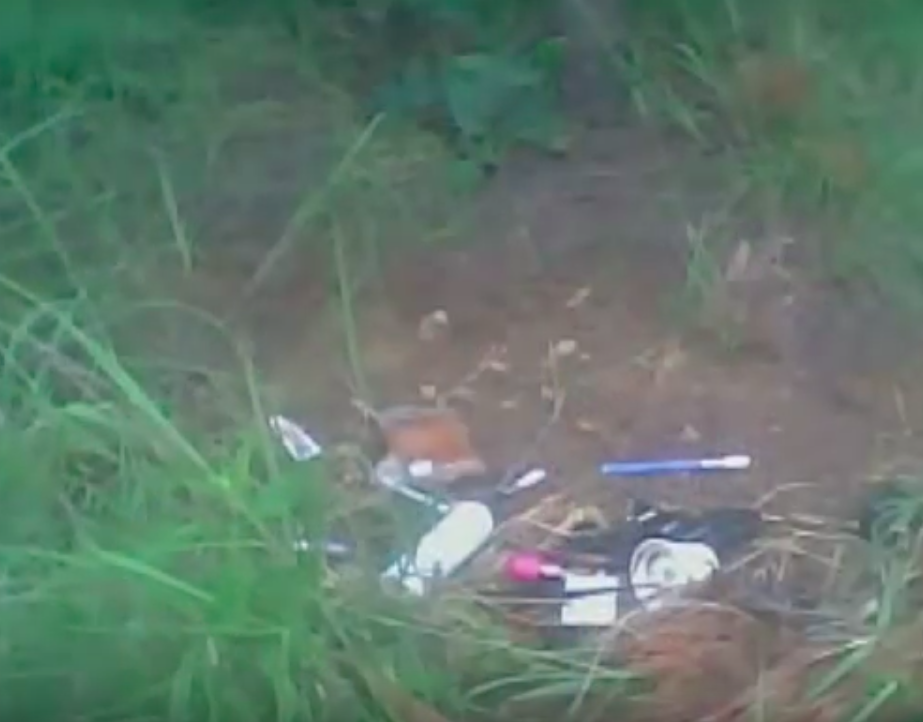 Thankfully she was found by Kathy, the founder of Love Me Tender Animal Rescue in Tennessee, who tried to put together all of the pieces to figure out how the dog got there and who she belonged to. She knew this dog couldn’t be a stray dog, because she was so loving and well-behaved. It’s not uncommon for people to dump unwanted dogs, but Kathy could tell by the dog’s demeanor that there was more to the story. 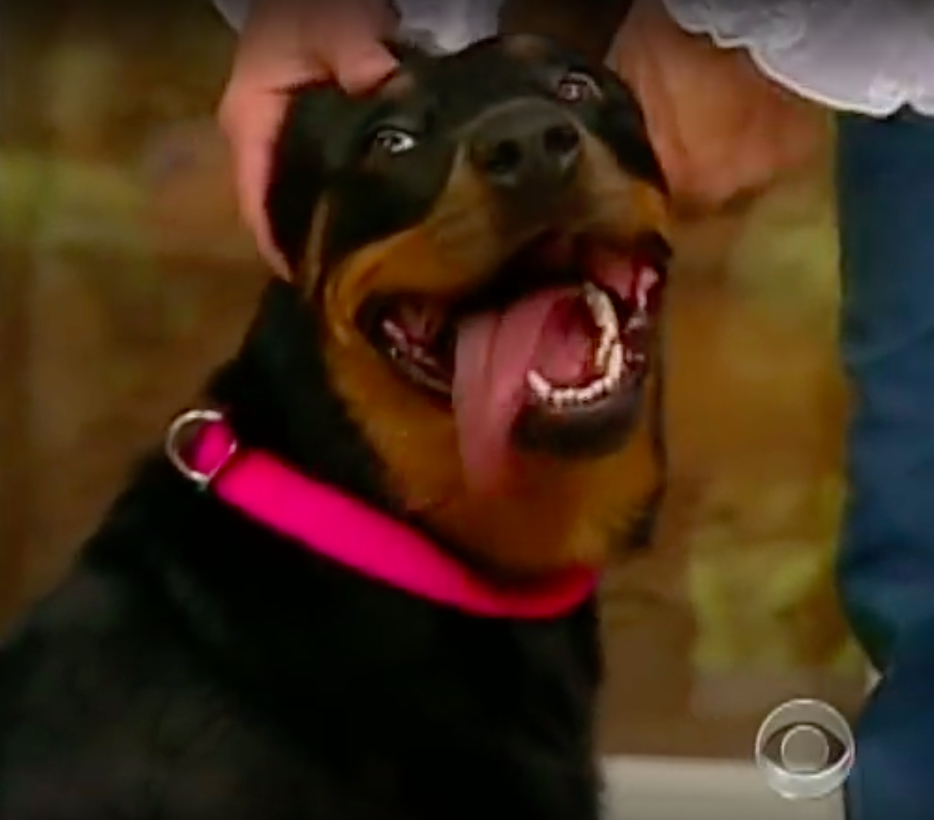 That’s when Kathy went back to the place where she found Ella and noticed that there was broken glass all over the grass and a tail light. Then she noticed the items that Ella gathered up that belonged to her family. The items were very general items and did not give answers.

Then Kathy remembered that two weeks earlier she had driven past an accident on this same highway. A single car had flipped over on the side of the road in just about the same spot that she found Ella. She called highway patrol who gave her the potential owners information. She found out that the woman’s name was Michelle, the same name that was on the candle. 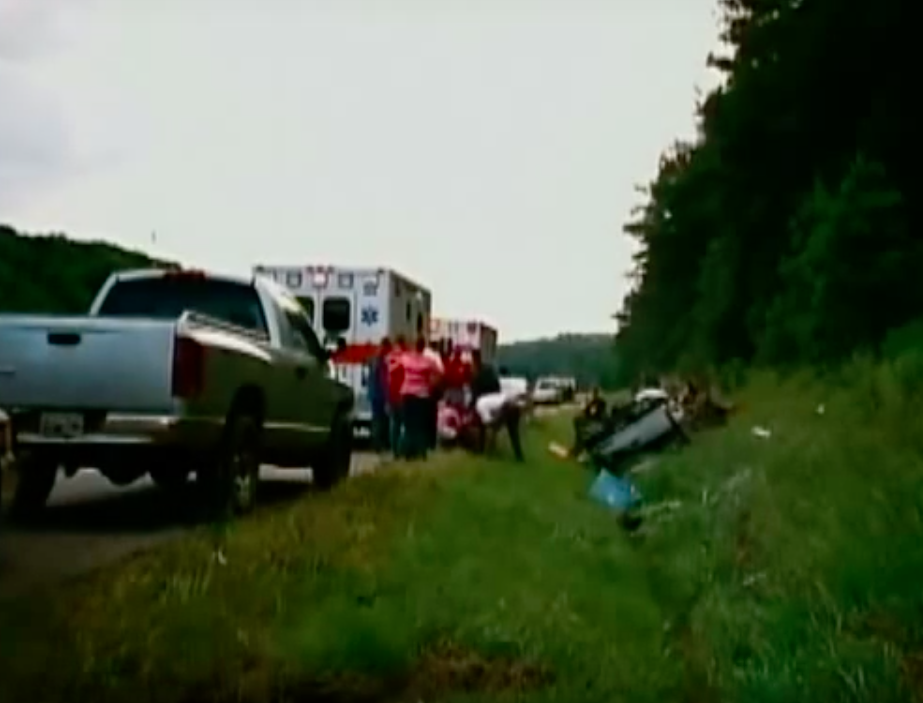 Kathy knew right away that Ella was their dog. It turns out that she got thrown from the car, and rescue crews never saw her. She spent 13 days on the side of that highway, waiting for her family to come back for her. 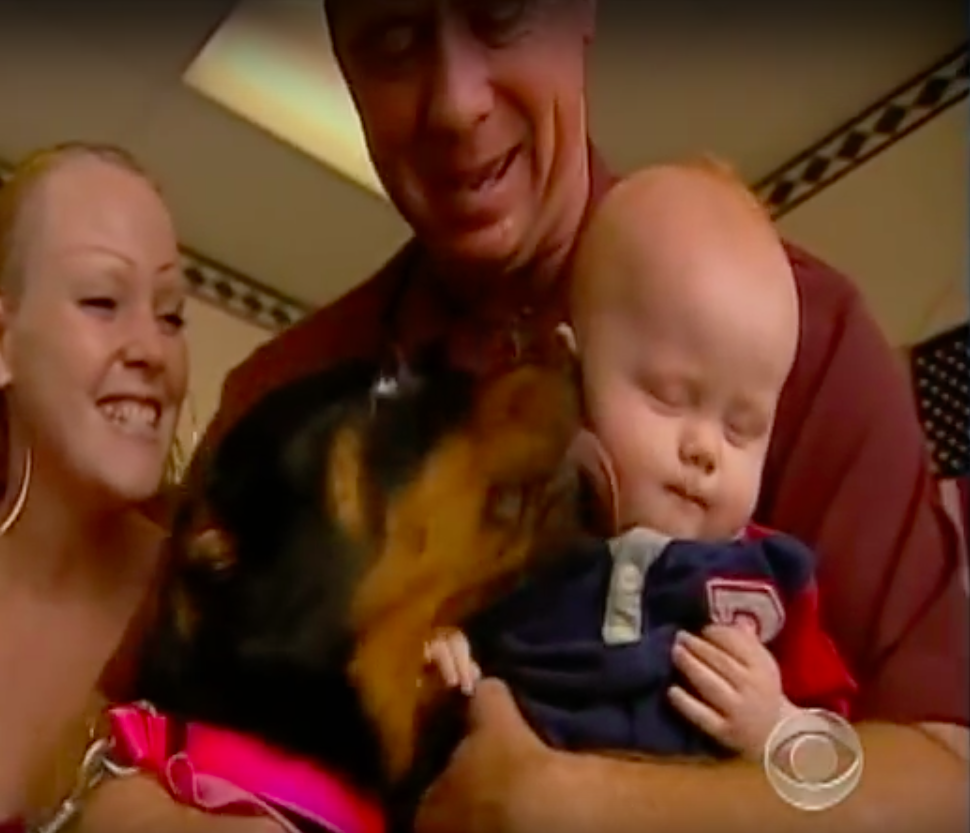 Thankfully, all five people in that crash survived, but they thought all along that their Ella had died. Kathy set up a reunion, and Ella finally got to see her family again. She greeted them with slobbery kisses and a wagging tail.

Ella could have easily run off after the crash, but she remained there and waited for her family. This shows her unending loyalty and is so touching. Thankfully she was unharmed and able to see her beloved humans again! Watch her story in the video below: